Surprise: Ants have teeth. Here’s how they keep them sharp.

Biology and materials science, in alliance, have discovered how zinc atoms harden an ant’s tooth. 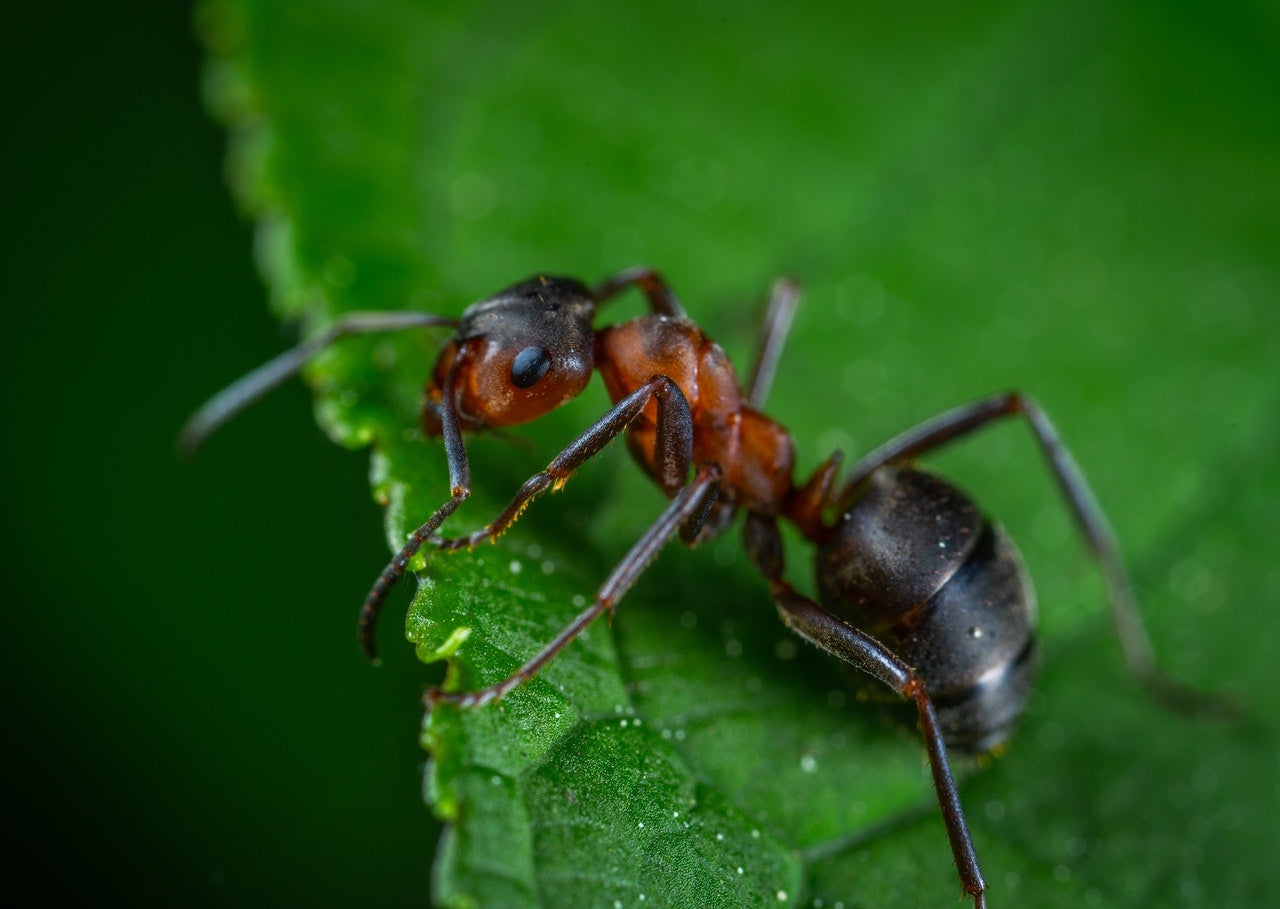 Ant jaws are coated with a special material different from regular hard tissues like nails or bones. Egor Kamelev/Pexels
SHARE

The tooth of an ant is a powerful tool. Even though ant chompers are less than the width of a human hair, they’re capable of some incredible feats of cutting. Now, scientists have found a reason: a thin coat of heavy metal atoms.

By applying techniques and technology from materials science to a piece of biology, researchers were literally able to deconstruct an ant’s tooth. In doing so, they found zinc atoms that harden and sharpen the tooth, like diamond dust on a blade. The researchers published their work in the journal Scientific Reports on Thursday.

“As we reveal these nanoscale structures, I’m pretty sure we will uncover things that we didn’t know before about the natural world,” says Arun Devaraj, a materials scientist at Pacific Northwest National Laboratory (PNNL) in Richland, Washington, and one of the authors of the paper.

Devaraj’s work focuses specifically on metals. The man-made variety, which humans can tinker with and fine-tune themselves, are engineered to the very edge of their lives. But Devaraj has long been interested in their natural, biological counterparts: materials that have developed impressive properties through slow eons of evolution.

“I’ve been interested in figuring out how nature kind of engineers these things,” says Devaraj.

That, he says, is why he began collaborating with Robert Schofield, a biophysicist at the University of Oregon and the paper’s lead author. Schofield has long studied invertebrates’ “tools,” like ant teeth, for example, but also things like spider fangs, scorpion claws, and worm jaws. Having measured those tools’ properties, Schofield knew well that they’re capable of far greater strength than their tiny sizes would suggest. He wanted to learn more about why.

Since at least the 1980s, scientists have known that such tools contain two sorts of materials. The first consists of elements like calcium and iron, the kind you might find in your teeth or bones. But the second kind contains more surprising elements like zinc and manganese. The part those heavy metals play isn’t quite as well understood, even though they’re just as common.

Take an ant’s tooth, tapering off into a tip less than the size of a dust particle. Something that hadn’t been studied was the arrangement of atoms out on the tip. That’s where Devaraj’s expertise entered the picture. “In materials science, it’s pretty routine for us to look at how atomic structure dictates properties,” he says.

So Schofield’s group extracted teeth from an ant colony at the University of Oregon and sent them six hours away to PNNL. There, Devaraj and his colleagues—including doctoral intern Xiaoyue Wang—extracted an even tinier sample, just a few atoms across.

With that sample, Devaraj and his colleague applied a technique called atom probe tomography. They placed the sample inside a vacuum chamber, then quite literally began evaporating the sample, one atom at a time. By watching how the atoms flew off, they could determine what the atoms were and where on the sample they came from.

It’s a technique originally meant for analyzing human-made materials. But by using it on this ant’s tooth, the researchers were able to determine which atoms sit where on the tooth’s tip.

They found zinc atoms evenly distributed across the tooth, serving to harden the tooth’s surface and sharpen its point. The zinc atoms allow the ant, when it bites, to exact a great deal more damage upon its quarry than it would first seem, while requiring less force and not dulling its tool.

“Human engineers might also learn from this biological trick,” said Schofield in a statement. “The hardness of ant teeth, for example, increases from about the hardness of plastic to the hardness of aluminum when the zinc is added. While there are much harder engineering materials, they are often more brittle.”

As we learn more about how materials like these work in invertebrates like ants, we might be able to find out how to make better materials in real life. That’s part of why, for Devaraj, Schofield, and their colleagues, this paper is just the beginning. They’re planning years’ worth of further research into this field, and not just in invertebrates: they suspect they might find similar sharpening materials in the teeth of everything from crocodiles to dinosaurs.

“There may be other materials that we haven’t discovered yet,” Devaraj says.