Why can some people smell ants? Here’s the answer to TikTok’s latest mystery. 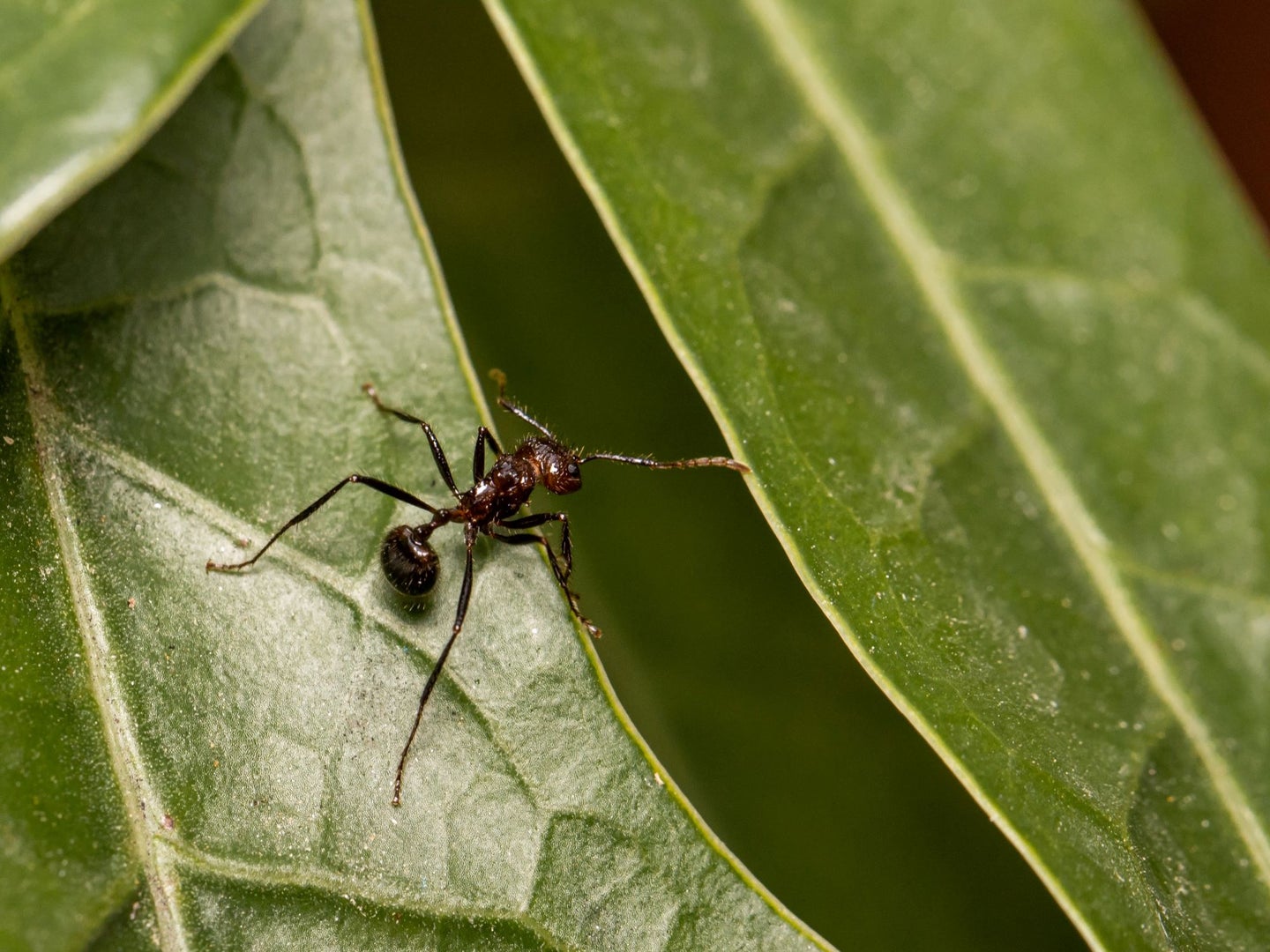 Ants have dozens of glands that produce pheromones, helping them to communicate with other ants. Syed Ali
SHARE

The video that started the debate began innocently enough. The creator simply asked whether other people can smell the disgusting scent of dead ants on the sidewalk. In comments and replies, many agreed that they could, while others—a far larger number of people, it seems—had no idea that ants gave off a scent, even vehemently denying the idea. If you’re in the group that doesn’t know what ants smell like, chances are you just haven’t paid enough attention to some of your tiniest local residents.

Many common species of ants release pungent smells when they are in danger, squished, or otherwise dead, according to Clint Penick, an assistant professor at Kennesaw State University and ant researcher. The most common type of ant that people find in their homes on the East Coast and in the Midwest is called the odorous house ant, and when squished, it releases a pheromone that smells like blue cheese. This odorous chemical belongs to a group of chemical compounds called methyl ketones. It’s also produced by the Penicillium mold that grows on rotting coconuts and it’s what gives blue cheese its distinctive, pungent odor.

But that’s far from the only smelly compound ants produce. Some species, including carpenter ants, spray formic acid, a caustic chemical that smells a lot like vinegar, when they feel threatened. (Some people think that the ability to smell formic acid is genetic, like asparagus, and that might be why some people are more sensitive to this particular ant smell than others.) Citronella ants are named for the distinctive citrusy scent they often produce, and trap-jaw ants release a chocolatey smell when squished. When ants die of natural causes, they also release oleic acid, so dead ants “smell a little something like olive oil,” Penick says.

In most species of ants, these smelly chemicals are produced as a defense mechanism to ward off predators. “Most of the common ones, like the blue cheese smell, are to make the ants distasteful, and functions maybe as an alarm pheromone to let other ants know that there’s danger nearby,” says Penick. “The citronella one is the same, it wards off predators. Formic acid literally burns you. In high doses, formic acid-producing ants can even chase off bears.”

But these strong odors only encompass a small fraction of all the scents that ants produce. Ants smell using their antennae, which are covered in chemical receptors, and are far more sensitive to scents than humans. They use this skill to communicate with one another.

“They have an entire language that’s built out of smells,” says Penick.

Pheromones, chemical signals (like those that create that blue cheese scent) that animals produce, form the foundation for this language of smells in ants. The critters have dozens of glands on their bodies where they produce different mixtures of pheromones that they then use to send alarm signals, leave scent trails to food sources, indicate the quality of those food sources, identify members of their colony or intruders from other packs, distinguish between the queen and worker ants, and countless other reasons.

With all these varied, useful odors that ants produce, chances are you don’t know what they smell like because of a lack of curiosity, Penick says. Perhaps you don’t have the gene that allows you to smell formic acid, but it’s more likely that you’ve just never taken the time to sniff your little neighbors.

“Instead of worrying so much about how to get rid of them, spend some time paying attention to them. There’s wildlife that’s living in your house,” says Penick. “This is a great time for us to sit down and explore the biodiversity in our own houses.”