You had me at "seaweed." 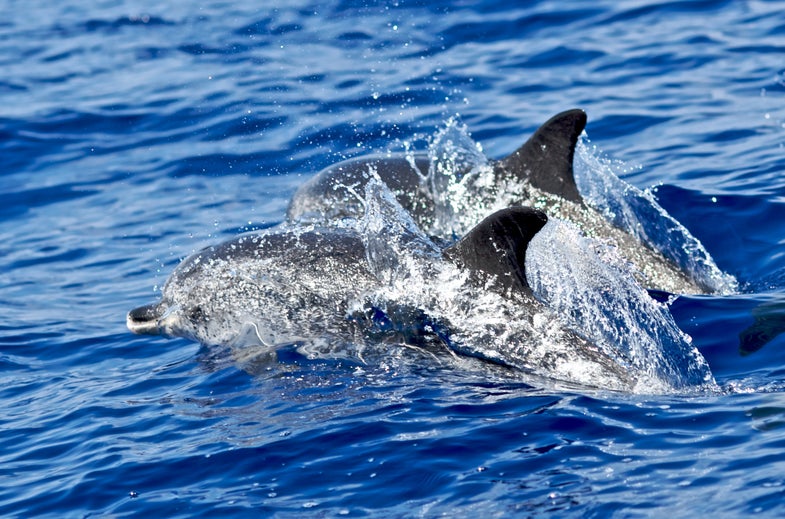 For the first time ever, a device has enabled people to translate a dolphin whistle in real time. The dolphin’s first word was “sargassum,” a type of seaweed.

“I was like whoa! We have a match. I was stunned,” researcher Denise Herzing told New Scientist. At the time, in August of last year, she was wearing a prototype dolphin translator called Cetacean Hearing and Telemetry (CHAT). The device is encased in a waterproof shell and contains hydrophones that detect dolphin whistles, which can be up to 10 times higher than the highest pitch a human can make out. The whistle was one that she and others had taught the dolphins and trained them to associate with seaweed.

Herzing is quick to point out that the observation has limitations, since it hasn’t been repeated. But is a significant moment, other researchers said, and along with improvements in information-processing abilities signals of a new era for understanding–and even possibly participating in–animal communication.

Herzing and Georgia Tech researcher Thad Starner are using pattern-discovery algorithms that are designed to analyze dolphin whistles and extract meaningful features that a person might not catch or know to look for. They are listening for invented whistles they taught the animals, and are trying to understand the dolphin’s natural language as well.