Hint: the circles are not created by fairies. 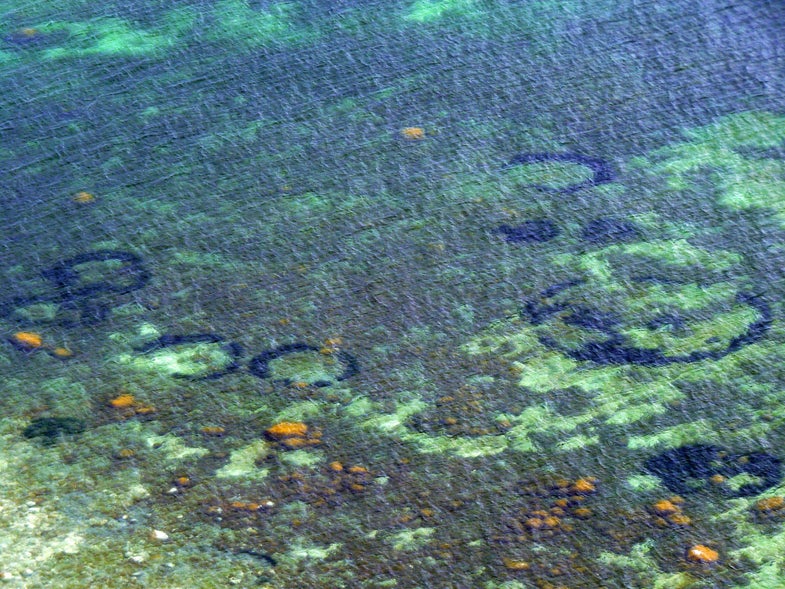 For years, strange underwater circular formations in the Baltic Sea have mystified residents. Some have thought that they were bomb craters, or created by fairies or aliens. Turns out, none of the above explanations is correct.

“It has nothing to do with either bomb craters or landing marks for aliens,” said biologists Marianne Holmer from University of Southern Denmark and Jens Borum from University of Copenhagen in a statement. “Nor with fairies, who in the old days got the blame for similar phenomena on land, the fairy rings in lawns being a well known example.”

As can be seen in the photo, the circles are made up of a dark green, almost black color. These are rings of eelgrass, a flowering underwater plant. Normally these plants create meadows, but here off Denmark’s island of Møn, the ocean bottom is chalky, and mostly devoid of mud that the plants like. So they grow by sending shoots outward, and expand radially. These clumps of vegetation accumulate mud, which has high levels of sulfide, as described in a study published this month in the journal Marine Biology. Sulfide is toxic to eelgrass in certain concentrations, and eventually it builds up in the center of these circles, killing the older plants. The younger but well-established plants at the outer rim of the circles survive, however, leaving behind the rings you see in the photo.