What Are You Doing For Thanksgiving?: Derek Dellinger 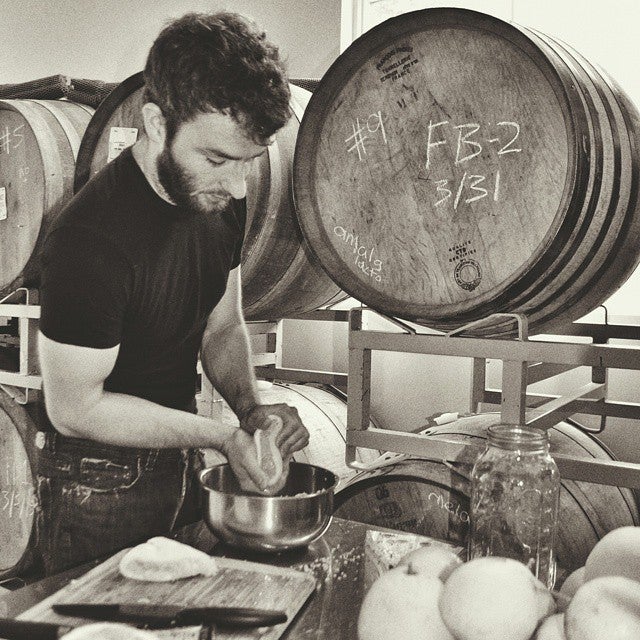 Derek Dellinger, aka the Fermented Man, is a brewer who lives in Beacon, NY. In 2014, he lived off only fermented food for the entire year. He chronicled the experience in a book, The Fermented Man, which will be out in 2016. Dellinger is also the author of a homebrew and craft beer blog. Popular Science spoke with him about his Thanksgiving plans for this year.

What are you eating and/or fermenting for Thanksgiving?

This time last year I was on the last leg of my Fermented Man project, and to be honest I was kind of running on fumes at that point. My family used to have Thanksgiving dinner at my grandma’s house, but now that she’s getting older we’ve been going out to a local restaurant or country club to eat. I was stuck eating grilled cheese at the restaurant, because bread and cheese were the only fermented foods they had.

Later in the day I got to have some beet kvass, which is like a salty, sour tonic that you get from fermenting beets in a jar and then drinking the juice. It’s somewhat of an acquired taste, but I’m personally a big fan of beets — I find their salty, earthy flavor especially enjoyable in the winter months. I also had a fermented carrot, parsnip, and ginger pickle. I packed the ingredients in a jar and let them lacto-ferment so they got tangy and spicy from the ginger. 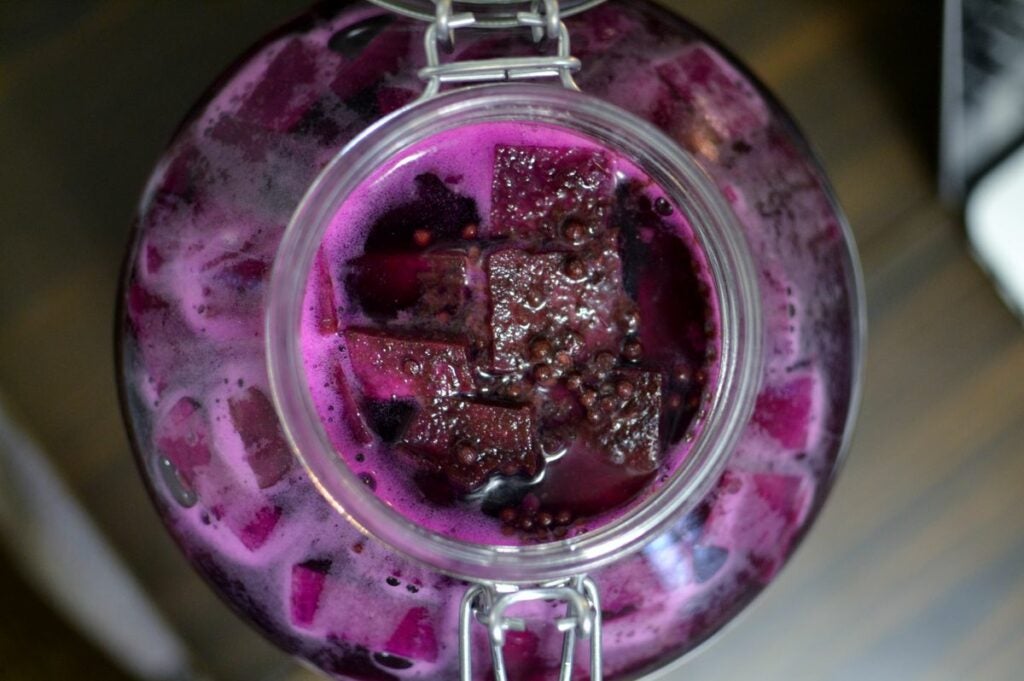 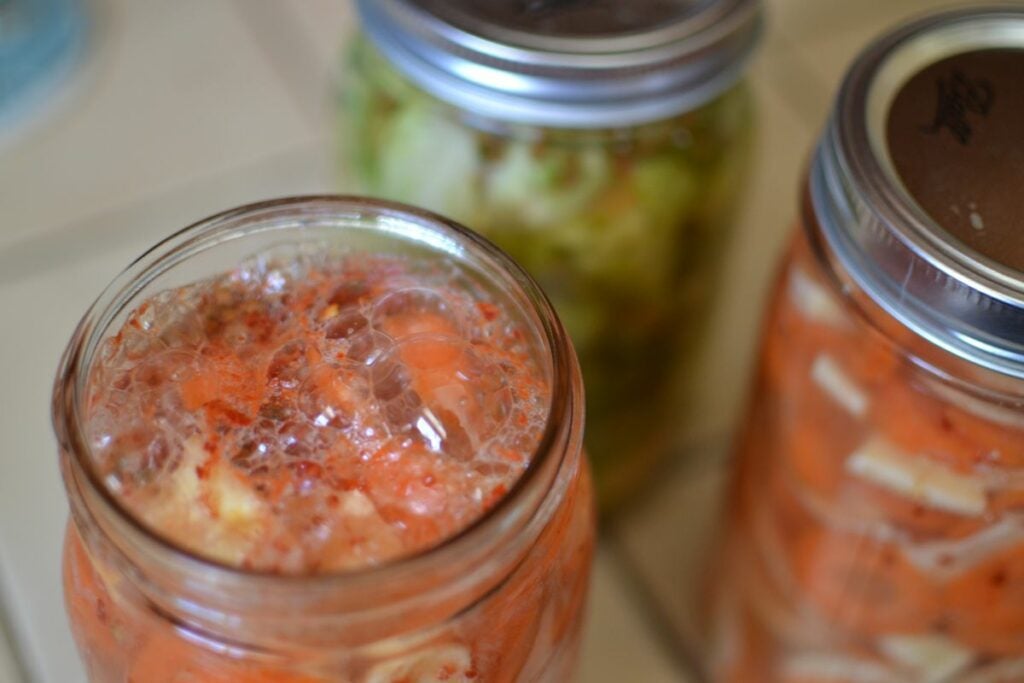 This year I have a normal diet again, so I’ll be eating some of the traditional Thanksgiving things like turkey and gravy. But I have a few new things I want to try. I’ll be making a fermented stuffing with sourdough bread, cultured butter, some kimchi for spice, and maybe some shredded salami or prosciutto. I like taking recipes you’d think of as having nothing to do with fermentation and making them with all fermented ingredients, just to demonstrate how ubiquitous and easy fermentation is. I might also bring some spicy red cabbage sauerkraut home — it’s hearty and should be good for a wintry Thanksgiving meal. 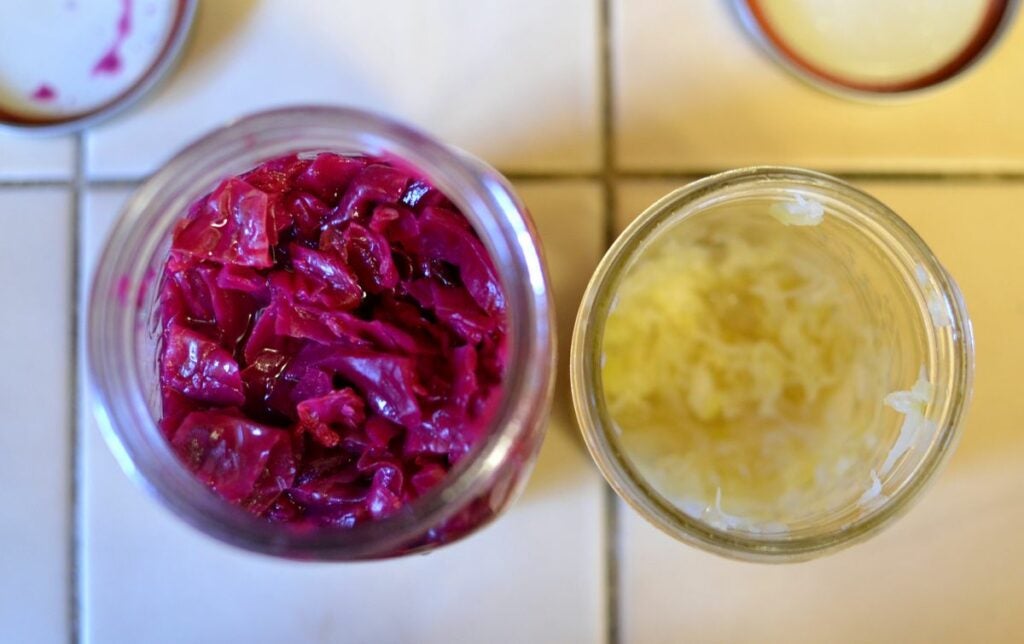 I’m excited about an experimental beer I’ll be drinking this year. Last fall I was fermenting squash from the farm where my brewery is, and noticed a thick film developing on the surface of the liquid. The film, which is called a pellicle, often occurs when you’re brewing sour or wild ales, and is kind of like the SCOBY in kombucha. The squash pellicle looked like the ones I’d get on my sour beers, so I took a culture from the fermenting jar and made beer with it. I didn’t add yeast or anything — I just let the squash and the microbes on them do the work. The result was a spontaneous native beer that I made just using squash from my farm.

I gave the beer about a year to ferment, so it’s ready for this Thanksgiving. It’s a weird beer, with a sour, earthy flavor. I think it’s a cool twist on pumpkin beers, which people often make just by adding pumpkin pie spices to beer. I wanted to do something different by actually using microbes from the squash to make the beer. 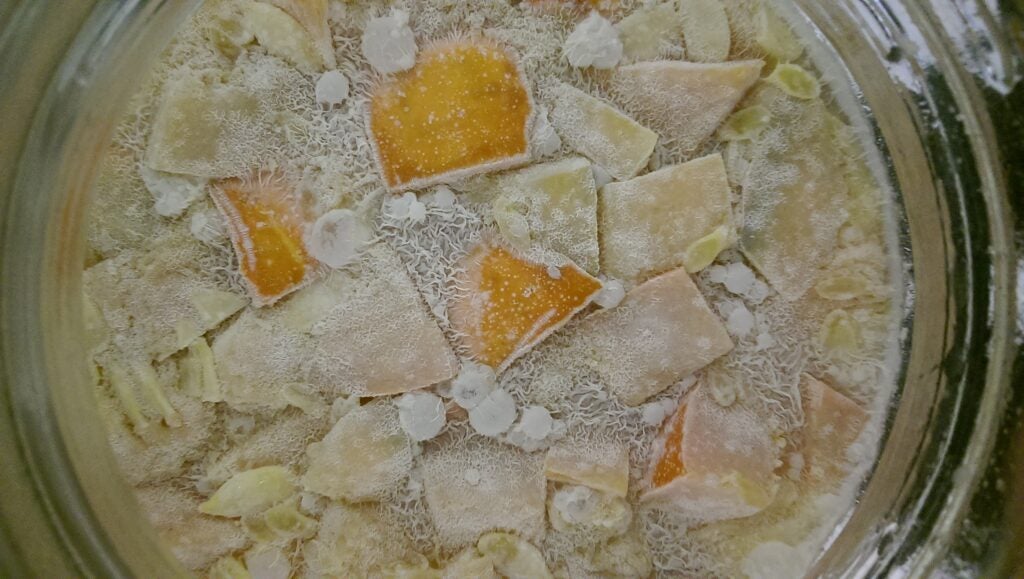 I also have some fermented hard cider and apple brandy. One is a 16%-alcohol, barrel-aged cider. That was definitely one of the weirder cider fermentations I’ve done. I added honey to raise the alcohol content, and aged it in a barrel that had wild yeast in it for about half a year. It’s very dry and smooth, almost like a funky white wine — even though it has 16% alcohol, you can barely taste the alcohol in it. 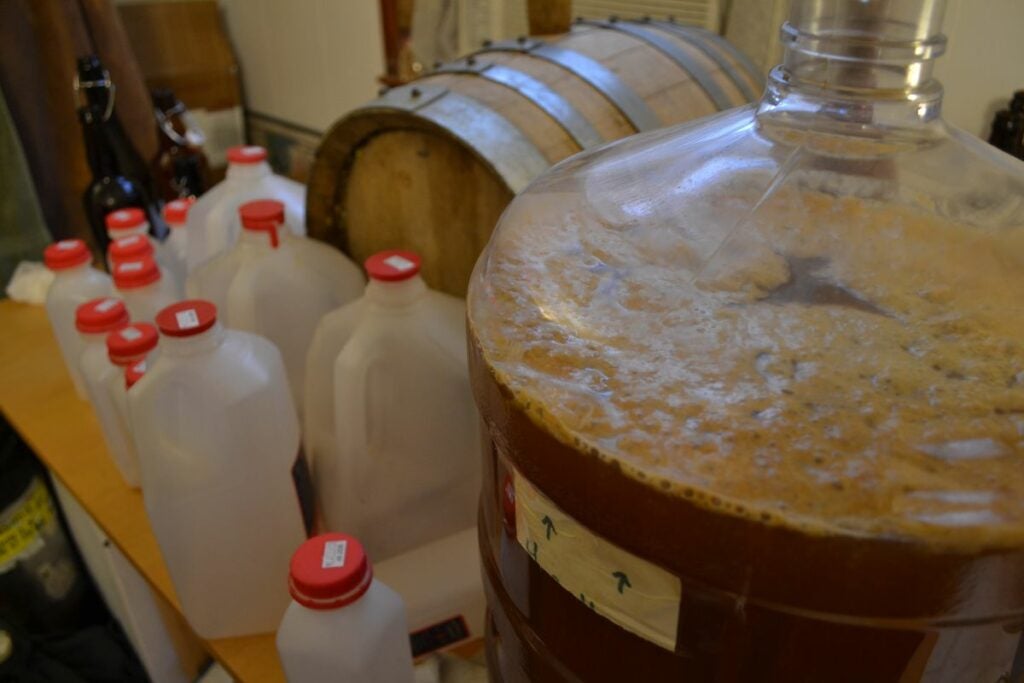 Cider Aging in a Barrel

So you’re not sick of fermented foods yet?

Not yet! I definitely went to town in January when I could eat everything again, but I’m still making sauerkraut, cider, beers, beets… and I’m always trying new things as I think of them. It’s hard to get sick of fermented foods because they’re so endlessly diverse. They’re already a huge backbone of what we eat on a regular basis, and besides that, you can ferment pretty much anything you want.