What Are You Doing For Thanksgiving?: Justin Warner 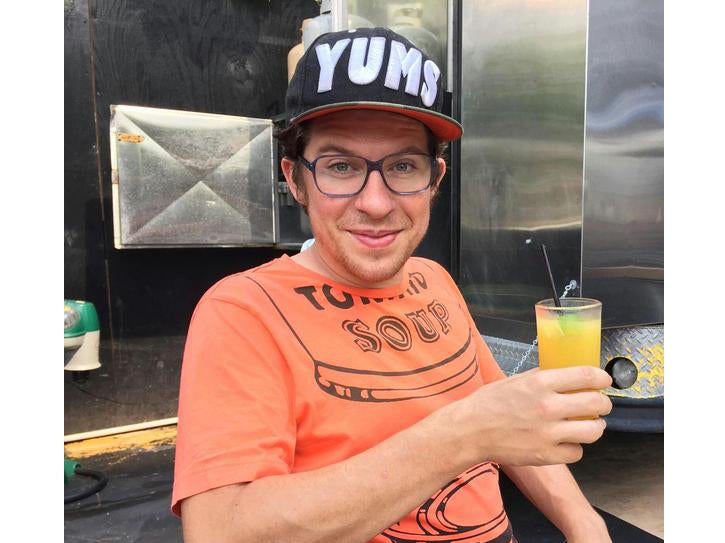 Justin Warner is a “rebel chef” who won the eighth season of the TV series Food Network Star with his notably unconventional cooking style. He is also the author of The Laws of Cooking: And How to Break Them, which came out this October.

Generally I go out and have an orphan’s Thanksgiving with a bunch of friends in New York since we’re all transplants and don’t have a lot of family nearby. We go to a place called Congee Village, and eat around a big table with a lazy Susan, which actually does family-style Thanksgiving better than a traditional Thanksgiving in some ways. We always get jellyfish salad, and sometimes we’ll get clam sashimi or pig’s blood porridge.

If I were to make Thanksgiving dinner, I might do a suckling pig in my oven, which is a beautiful thing. A whole pig looks so freaking festive. It’s called a “cochon de lait,” which means milk pig. I’ll do a brine in a trash bag with ice — I love using orange and cranberry sauce, plenty of salt, and baking spices. Nothing is more exciting than everyone picking apart a pig and realizing, “oh this is where the chops are from” or “wow, ribs are really ribs.” Plus, in terms of thankfulness, I think people get more emotionally connected to their food when you have a whole animal like that versus a bird that has had its feathers plucked and head chopped off.

I might also make beef wellington, or I’d love to do a crown roast of lamb. I probably wouldn’t do turkey. I feel like Americans consume poultry as their go-to protein too much. My mom’s an educator, so growing up she would have already had turkey dinner at school, at a teacher’s meeting, and with different family members or friends, all before actual Thanksgiving dinner. I’m thankful that I live in a country where tradition doesn’t dominate my life, and I don’t have to eat a big bird just because Ben Franklin says I should.

That said, if I did cook turkey I would spatchcock it, which involves cutting out the useless bones, laying the bird flat, and cooking it. You don’t get the same presentation of the big bird with a cavity staring at you, which I think looks more elegant. If you think about it, cavities aren’t that pretty.

For sides, I love doing yams or baked apples with wasabi marshmallows. Everyone does marshmallows on top of baked yams, but you don’t need additional sweetness on that dish. By using the marshmallow as a vessel for wasabi, a mustard agent, you’re making a play on honey mustard, which people love.

I also like oyster stuffing. It’s pretty simple. You use oysters and their liquid, plenty of herbs, a fair amount of bread, and Ritz crackers. I also always do a salad. In Thanksgiving dinner, almost everything is the same temperature so it’s nice to do something cool to add a bit of levity to a heavy meal.

I’m not really a baker so I’d leave pies and cookies for grandma. I have gotten really into making ice cream, so I might make a small scoop of homemade ice cream with hops, which cleanses the palate and functions as a digestif. I love an amaro at the end of a long meal — there’s something about bitter medicinal herbs that just burns a hole through my stomach and helps food go through.