Rabies is rare in the United States, but the threat isn't totally gone. 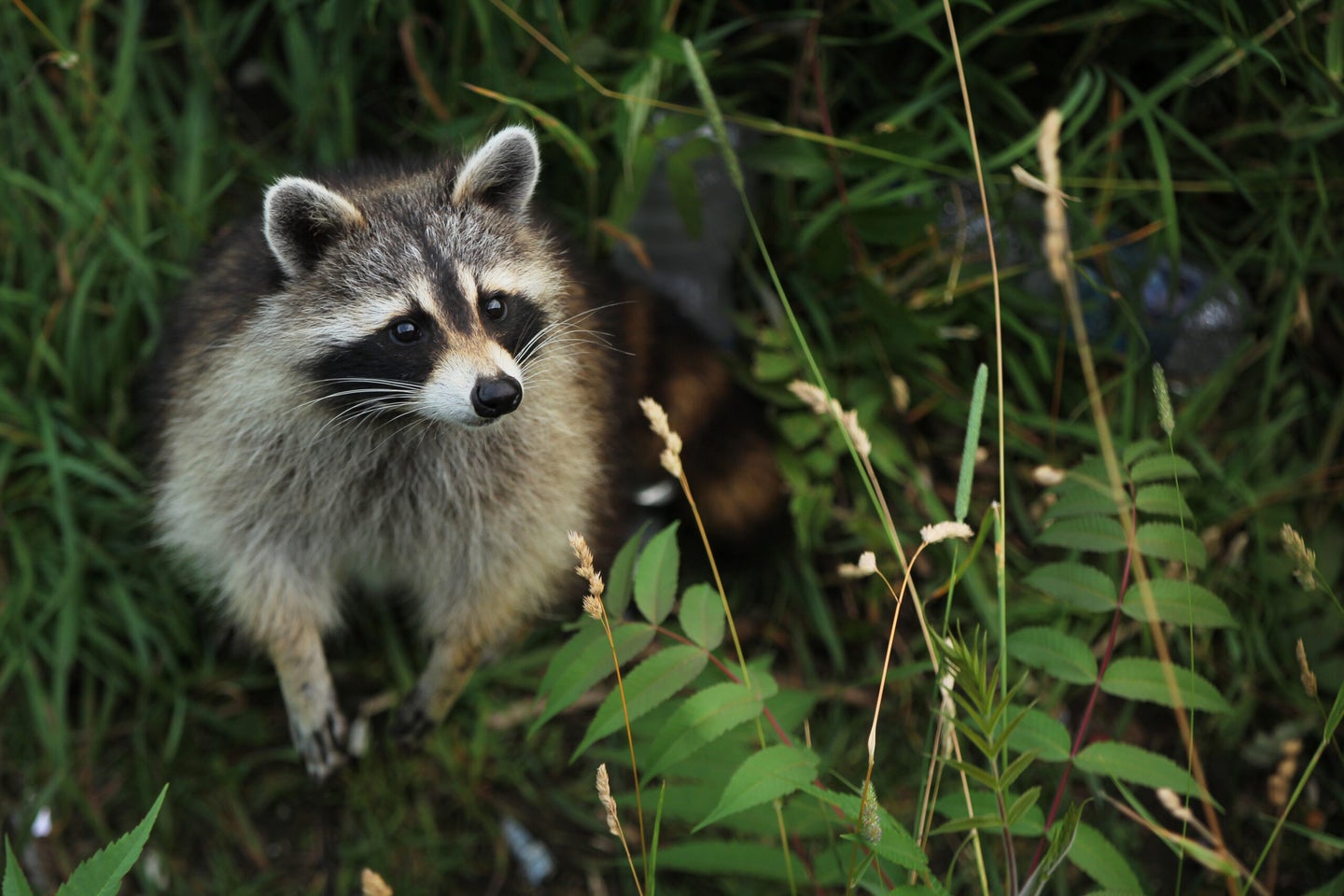 In the United States, certain pockets of animals act as rabies' “viral reservoirs”, where the disease continues to travel through populations of those animals, keeping the virus constantly active. In the U.S., those animals include raccoons, skunks, foxes, and coyotes. Deposit Photos
SHARE

Last week New York City’s Department of Health alerted residents of six confirmed cases of rabies in raccoons living in and around Inwood Hill Park in upper Manhattan. According to local news reports, the animals that tested positive for the virus weren’t foaming at the mouth, acting aggressive, or otherwise displaying stereotypical rabies symptoms. The raccoons just looked “really sick.”. It’s a good reminder that knowing what to look for—and what to do if you see it—is key in protecting yourself and your pets from the rabies virus.

The rabies virus—rabies lyssavirus—is what’s called a zoonotic disease, which means that it can be transmitted to humans by other animals (and vice versa). Rabies spreads via saliva (and technically, but far more rarely, through cerebrospinal fluid) much like the common cold or flu. Once inside an animal host, the virus travels through nerve cells until it hits the central nervous system and the brain, causing swelling and inflammation (known as encephalitis) which often proves deadly.

What animals usually carry it?

The disease affects animals all over the world. In fact, it’s been found in every continent except for Antarctica. In some areas, including the United States, certain pockets of animals act as “viral reservoirs,” where the disease is consistently active. In the U.S., those animals include raccoons, skunks, foxes, and coyotes. These animals make up the majority of rabies cases in the United States.

However, the most common way, by far, that humans get the disease is from dogs. According to the World Health Organization (WHO) and the Centers for Disease Control (CDC) in the U.S., 99 percent of human cases that turn deadly come from dogs. This is likely because dogs act as a go-between; most of us are unlikely to encounter a rabid skunk, but our pets might be a little less careful when running around in the park. Once they’re infected, domesticated dogs come into contact with far more people than wild animals do.

What are the signs and symptoms in animals?

Despite what famous scenes in classics like To Kill A Mockingbird (where Atticus uses his “one-shot Finch” skills to put down a “mad dog”) might suggest, not all animals infected with rabies show symptoms of anger, aggression, and irritability. Many animals simply act sick and lethargic, while others might simply drool and act more tame than they usually would. Often an animal infected with rabies is simply less nervous around humans, which can lead to either aggression or docility, depending on the creature. If you see an animal that is not acting as it normally would—a squirrel that wants to hang out with you instead of running away, or a beloved family pet that’s drooling and calm instead of their usual perky self—don’t approach it. Stay as far away as you can and call animal control.

Human rabies infections are incredibly rare in the United States. This past January, a woman from Virginia contracted rabies from a dog bite during a trip to India, and ultimately died, which was only the tenth known human death in the U.S. due to rabies in the past decade. However, worldwide, the infectious disease kills more than 55,000 people, according to the CDC, mostly in Africa and Asia, where access to the vaccine is scarce.

If a human gets infected, the first few symptoms are similar to the flu: aches, general weakness, a fever, and headaches. As the disease progresses throughout the spinal fluid and brain throughout the next several days, however, symptoms become far more severe. They can include agitation, confusion, and hallucinations.

However, it’s important to repeat that the disease in incredibly rare in humans in the United States. And while it’s hard to prevent the disease from spreading among wild animals, effective vaccines exist that prevent outbreaks in domesticated animals, like dogs and cats. If you have these animals, regular visits to your veterinarian will help ensure that their vaccines for rabies are up-to-date.

What should I do if I’ve been bitten by a dog that might have rabies?

First, wash the area with soap and water. The rabies virus doesn’t stay alive for long after it’s outside its host. For example, as soon as saliva dries up, the virus dies with it, and it can be easily killed by soap, a detergent, or bleach.

But if you think there’s a chance you’ve been infected, it’s important to seek immediate medical attention. Effective medications exist, called post-exposure prophylaxis, which include a series of vaccines and other medications, but doctors or other medical professionals must administer them immediately after exposure.

What if I think my dog has been bitten by an animal with rabies?

Your veterinarian or local animal control center will know what to do, but remember: Rabies is nothing to mess around with. If there’s any chance your pet could have been infected it’s important to seek help right away.

Can I get rabies from handling a dog that might have been exposed to rabies?

The rabies virus needs to find its way to an open wound or your mucus membranes in order to infect your body. However, if you think there’s a chance you were infected, contacting your doctor or seeking medical attention is crucial.