This ancient hypercarnivore had three sets of razor-sharp teeth

A paleontologist found the giant fossil in a drawer on this lunch break. 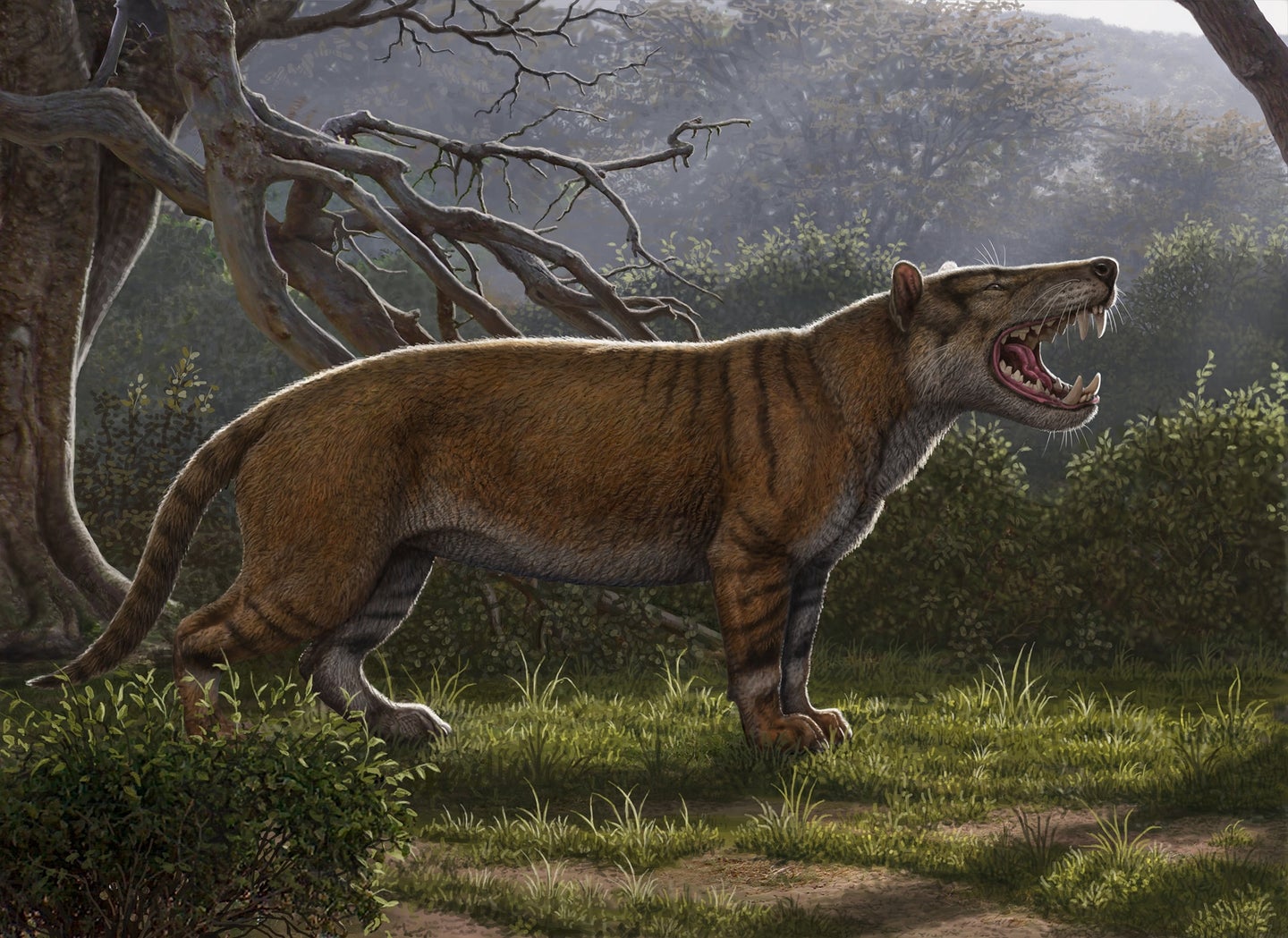 Paleontologists at Ohio University just identified a terrifying fossil as the oldest known hyaenodont, a group of extinct carnivorous mammals. The scientists described the new species in a study published Thursday in the Journal of Vertebrate Paleontology.

The ancient animal’s bones and teeth, which were uncovered in Kenya sometime before the 1970si spent decades tucked away in the Nairobi National Museum in Kenya before Matt Borths, a graduate student at the time, opened the drawer while poking around the collection.

“I had been going through the drawers on my lunch break because I wanted to look at a different part of the collection, a younger carnivore fossil,” says Borths. “Then I pulled out a drawer and there was this monster, I couldn’t believe it.”

There weren’t any field notes to confirm when, exactly, the dig that yielded the prehistoric beast took place. The study’s authors believe paleoanthropologists searching for primate fossils likely filed away the gigantic pieces of jaw, skull, teeth, and skeleton during an expedition in the 70s, but that the bones were pulled from the Earth sometime before that. Because expeditions typically focus on one species but dig up many, museums around the world have caches of fossils that have yet to be described.

Simbakubwa kutokaafrika was roughly the size of a rhinoceros and roamed the African continent 22 million years ago, when it was still a thickly-forested island. The species had three sets of meat-slicing teeth on either side of its jaw, each the width of a human palm. While carnivore diets are flexible––dogs, for example, can get the nutrition they need from a variety of different foods––Simbakubwa was what’s known as a hypercarnivore, meaning it exclusively dined on vertebrates.

With funding from the National Science Foundation, Borths teamed up with his advisor, Nancy Stevens, a vertebrate paleontologist at Ohio University, to figure out where the specimen sat in the phylogenetic tree. During the giant mammal’s lifetime, the continents began to shift and newly formed land connections allowed plants and animals to reach different biomes. By comparing Simbakubwa’s bone structure to that of other hyaenodonts found in India and Pakistan, the team concluded that the new species was likely native to the African continent and moved northward where it prawled for millions of years with little evolution. “It looks like growing up in African gave this species the tools it needed to be successful in higher latitude settings,” says Borths. The findings also give scientists details about how Earth looked around the time these predators roamed.

“Because we have an ankle bone, we can figure out how this animal moved and that can tell us more about the larger ecosystem.” says Borths. Animals that stand more on their toes tend to live on prairies, while flat-footed animals typically live in forests. By mapping where bones like this are found, scientists like Borths can surmise what ecosystems existed during this time period.

Scientists know that during Simbakubwa’s time, Africa’s landscape was changing drastically. Volcanoes along the Great African Rift spewed lava that congealed into mountains. The new peaks dried the area and turned a jungle into a savanna, setting the scene for what would become the cradle of civilization. The region has produced fossils of some of the earliest ape relatives and is a hotbed for paleoanthropologist research. Scientists are still unsure how many mysterious giants are hiding in plain sight among the museum’s primates.

“There are only so many paleontologists and we only have so many questions we can handle at a time,” says Borths. “There are a lot of discoveries to be made in museum collections––this is just one, pretty dramatic, example. It’s happening all the time.”