Peeking out on the prow of the Ponce, pew pew pew! Right now, the U.S. Navy has a warship with a laser gun patrolling the Persian Gulf. The USS Ponce is an old ship that first saw service as an amphibious transport in the 1970s, designed to carry troops, vehicles, and helicopters close to beaches. Saved from a scrapyard, the U.S. Navy strapped a laser to its back and sent it forward, turning it into a cold warrior testing the waters of the future.

Last week, the Navy released a photo, taken in September, of the USS Ponce traversing the Arabian Sea. On top of the ship, above the bridge and below a radar, sits the Laser Weapon System (LaWS). It’s an acronym that somehow makes an actual, working, military laser gun sound about as exciting as a government 101 homework assignment, but there it is. A laser, ready for combat.

Here’s that laser close up: 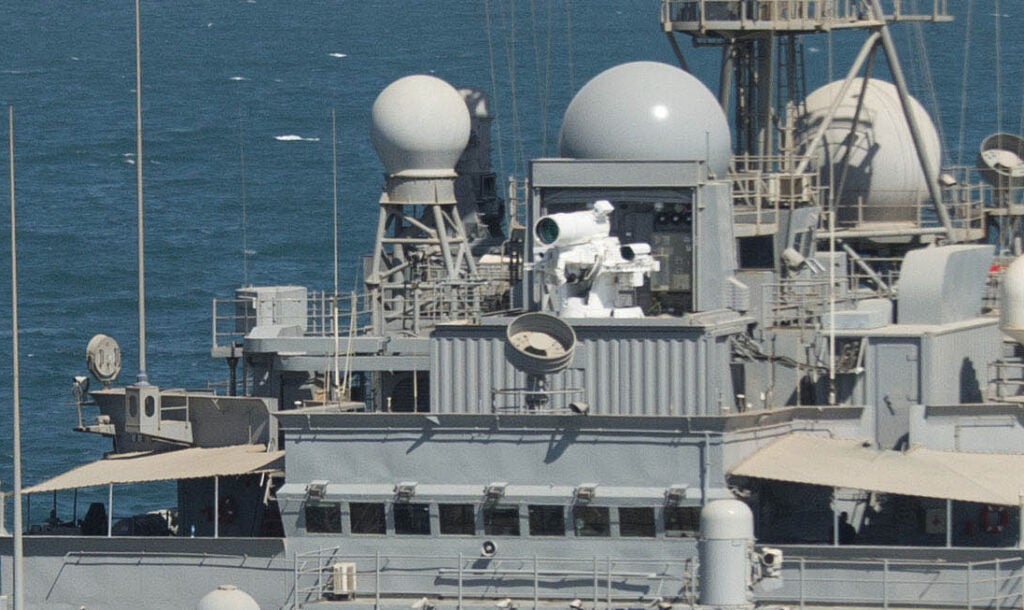 Detail of the Laser Weapon System (LaWS) on the USS Ponce

While laser weapons in fiction call to mind tremendous destructive powers, ranging from merely deadly blaster pistols to world-ending Death Star beams, the Ponce’s laser is a defensive weapon. Its primary targets will be small drones and small boats, and given enough time and enough power, the laser should burn through both easily. Previously tested on the USS Dewey, here’s what it looks like when a ship lasers a drone: