The World’s Most Dangerous Naval Weapon

The weapon that has damaged more U.S. naval ships in the last 60 years is not the torpedo, the deck... 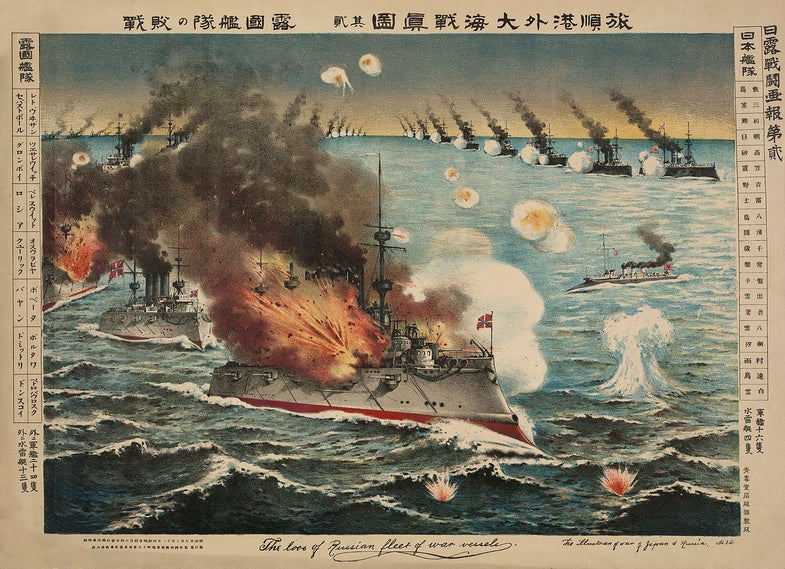 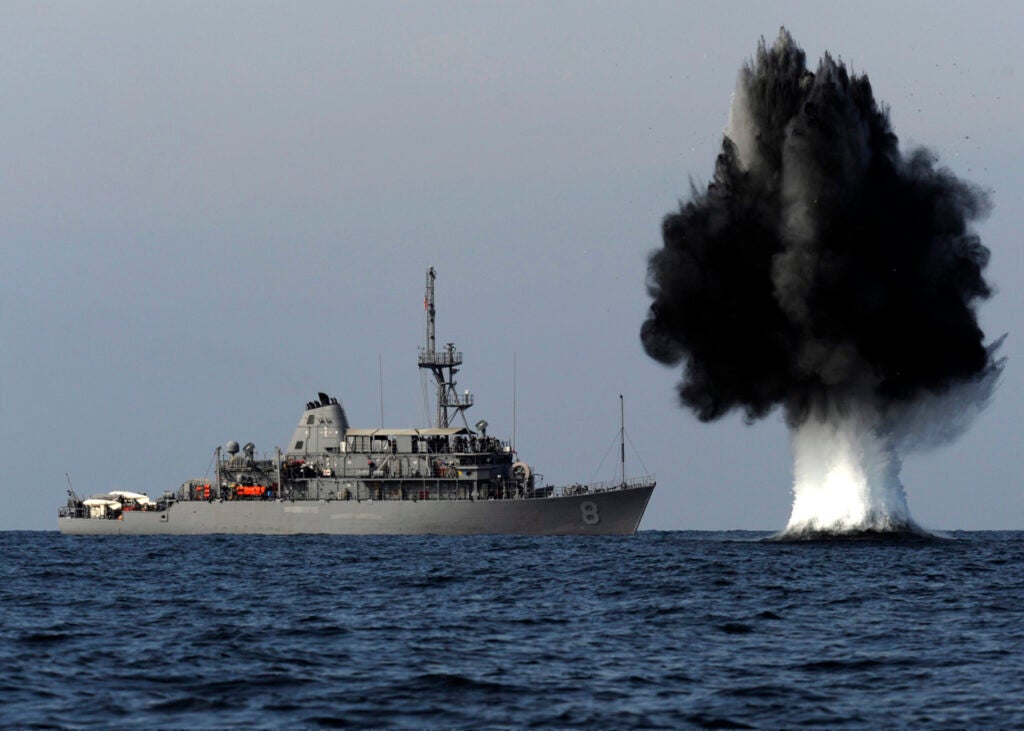 A charge detonates about a mile from mine countermeasures ship USS Scout (MCM-8) in the Straits of Hormuz on Nov. 19, 2010. US Navy Photo

The weapon that has damaged more U.S. naval ships in the last 60 years is not the torpedo, the deck gun, the anti-ship missile or the terrorist attack.

Fifteen U.S. Navy ships have been sunk or damaged by mines since World War II, almost four times more than any other weapon.

But mostly no one ever talks about mines, outside of the mine countermeasure (MCM) community.

For all manner of reasons, the threat of mines falls beneath the conversation of phantom carrier killer missiles — like the Chinese DF-21D missile (the missile has never been seen in operation and the only thing that might be related to its successful use is a couple of holes in the Gobi desert near an outline of a carrier. For all we know, they could have been made by the gopher from “Caddyshack”).

The cultural cache of a ball of explosives slowly rusting in the ocean isn’t on par with the torpedo or even the mine’s cousin, the depth charge or even the regular terrestrial minefield.

(The following clip from Finding Nemo might be the best anyone has come up with in the last ten years).

Maybe its because mines have been part of the maritime landscape for so long.

Ocean mines followed the development of gunpowder by a few hundred years — thought to have first been theorized by the Chinese in the 14th century.

David Bushnell — best known for the invention of the hand crank powered Revolutionary War submarine Turtle — invented the first practical and operational water mine. Bushnell loaded that was a barrel full of gunpowder the Americans floated down the Delaware River with hopes of striking British ships.

According to “Weapons that Wait,” a thorough investigation of sea mines from the Naval Institute Press (the press is affiliated with my day job), Bushnell’s innovation was considered highly unethical.

“In subsequent years, the sea mine was described as a ‘devilish device,’ used only by unchivalrous nations,” read a 2001 paper on mines from a student at the Naval War College.

The first warship successfully sunk by a mine was the USS Cairo, a river gunboat that settled to the bottom of the Yazzo River in 1862 after getting hit by a Confederate mine.

Mines are also responsible for probably one of the most famous naval quotes in the English language.

When Union Rear Adm. David Farragut yelled to his stalled column, “Damn the Torpedoes, Full Speed Ahead!” (or ‘Go Ahead’ or ‘Four Bells’ or something else. The origin and exact wording of the quote has gotten fuzzy since 1864), he was talking about heading his ships straight in to a minefield at the Battle of Mobile Bay.

Moving into the 20th century, sea mines played a major role in the 18 month-long Russo-Japanese war. Japanese mines sank Russia flagship Petropavlovsk off of Port Arthur and badly damaged another, while the Russians dispatched two Japanese ships with their own mines.

Through World War I and World War II the mines got tougher and smarter, while navies also had to learn how to counter the ever more complex sea mine.

German U-Boats laid 327 sea mines off the coast of North America — from Nova Scotia to Mississippi — in a largely successful effort to disrupt American and Canadian operations to resupply troops in Europe, “closing several ports for a total of 40 days and sinking or damaging 11 ships,” according to a U.S. Navy report.

The U.S. undertook its own World War II massive mining operation, laying out 25,000 mines to block Japanese trade routes in 1945 in Operation Starvation that resulted in the sinking of 50 ships and choked off the majority of shipping to Japan until the end of the war.

The U.S. Navy quickly forgot the mine lessons of World War II and cut its mine sweeping force drastically. Five years later, the Navy regretted the reduction when a 250-ship United Nations amphibious landing force off the coast of Wonsan, Korea was stopped cold by North Korean mines.

“We have lost control of the seas to a nation without a navy, using pre-World War I weapons, laid by vessels that were utilized at the time of the birth of Christ,” Rear Admiral Allen E. “Hoke” Smith, task force commander at the time, said of the blockage.

The North Korean use of mines in 1950 is a great example of why mines are important in naval warfare.

Mine are what’s called an anti-access/area denial (A2/AD) weapon. As we continue talking about navies, the A2/AD concept is going to continue to come up again and again, so let’s take a brief moment to talk about the concept.

An A2/AD strategy is based on keeping an adversary away from certain territory.
A Spy Hunter style oil slick is an example of an area denial weapon — you don’t want those bad-guy-cars behind you.

In a naval context, you would want to slow or stop ships from entering a strait or a bay or a river.

As maritime conflict has moved from open ocean U.S. on Soviet power struggle to operations much, much closer to shore, mines are becoming more and more important to how navies operate.

Next week, we’ll continue talking about different types of mines, how navies fight them and what ships have in common with erasing a videotape.