There may be a link between alcohol and dementia, but it’s complicated

Imagine if someone told you that not drinking alcohol makes you more likely to develop dementia. That’s certainly a bold... 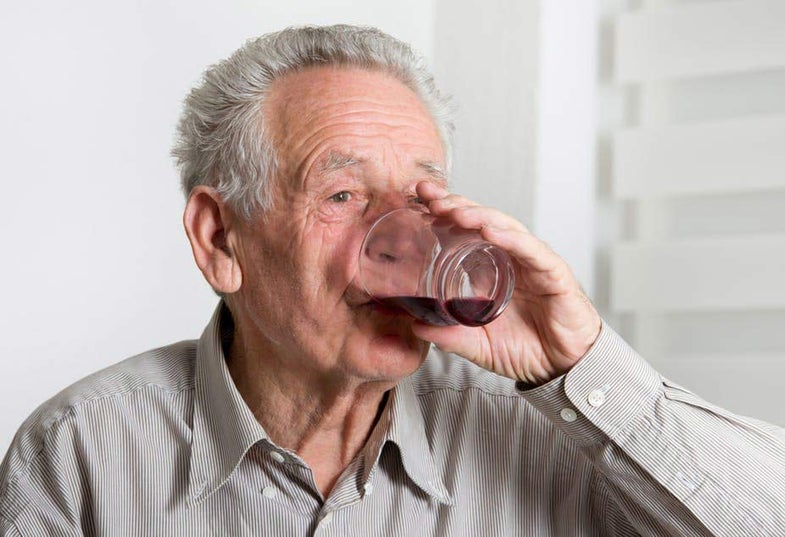 Imagine if someone told you that not drinking alcohol makes you more likely to develop dementia. That’s certainly a bold statement to make, but it is one that some media reports have put forward, leaving the public wondering whether taking up drinking alcohol will somehow be better for their brains.

A recent article in the British Medical Journal has rekindled the scientific argument over the relationship between abstaining from alcohol and developing dementia. The study involved 9,000 civil servants working in London, all of whom were aged between 35 and 55 when the study began between 1985 and 1988. When the study ended in 1993, their average age was 50. The participants’ medical records were analyzed to identify diagnoses of dementia—more than 23 years, on average, after the study had finished. The results found that abstinence in midlife was associated with a 45% higher risk of developing dementia, compared with people who consumed between one and 14 units of alcohol per week.

The findings for those who drank above the recommended 14 units a week were perhaps less surprising. For every seven unit per week increase above 14 units there was a significant 17% increase in the risk of dementia. The study concluded:

So what are we to make of this research? In studies such as this, one of the many pitfalls of exploring the association between an exposure variable (alcohol) and the outcome variable (dementia) is the presence of confounders. Confounders are a statistician’s worse nightmare—they are variables that may justifiably be associated with both the exposure and outcome variable.

In this study, abstainers with higher levels of illnesses such as heart disease, diabetes and obesity were those at highest risk of dementia. It may be that having a physical illness is the reason that these people abstained from alcohol. These same physical illnesses may also be the reason for developing dementia. In this way, physical illness unrelated to alcohol consumption could be a confounder for both abstinence and dementia. Drinking may just be a red herring.

The other big problem with studies that explore how teetotalism and dementia are connected is the age range covered. The study started looking at drinking habits at a minimum age of 35 and finished when the average age was 50. But what about people who drank heavily in their younger years or above the age of 55? This is particularly important, as it is likely that a large proportion of the study group will have been part of the “baby boomer” generation. This generation has seen the highest rise in rates of alcohol misuse over the past 15 years—a period of time which is well outside the study’s range.

We should also be aware that between one-quarter and two-thirds of older people start drinking more than the recommended 14 unit limit for the first time after the age of 60. These drinking patterns at ages before and after the study period could well have influenced the results. Those identified as teetotal during the study period may well have started drinking later in life

More than 50 years ago, the late Griffiths Edwards, a professor of addictions psychiatry stated:

Humans have a longer lifespan these days, so there are more people living into their 70s and beyond—which has also provided the opportunity to look at alcohol and dementia in more detail. By examining the differences between alcohol-related dementia and more common forms, such as Alzheimer’s Disease, we begin to see that they are different in many ways. For example, the problems with word-finding seen in Alzheimer’s Disease is rarely seen in alcohol-related dementia, which also presents much earlier with changes in behavior.

Researchers need to be sure that they are defining alcohol-related dementia more accurately for these kinds of studies to be definitive. If not, it is highly likely that they are looking at other dementias with other risk factors, such as high blood pressure or diabetes.

Alcohol is a drug that harms increasing numbers of older people—and we need to get the facts right about how it affects the brain. Maybe we can’t handle the truth about drinking. All it takes is the mere flicker of hope as to the benefits of being teetotal to fan the flames of misinformation.

For those that do drink alcohol, people drinking above lower risk limits have, once again, been given a salutary warning. It is one that we should continue to heed—but we also need to get the message out there that alcohol-related dementia needs to be rediscovered and investigated again.

Tony Rao is a visiting Lecturer in Old Age Psychiatry at King’s College London. This article was originally featured on The Conversation.