It’s not your imagination, humidity really is killing you

Hot and humid weather prevents your body from cooling itself down. 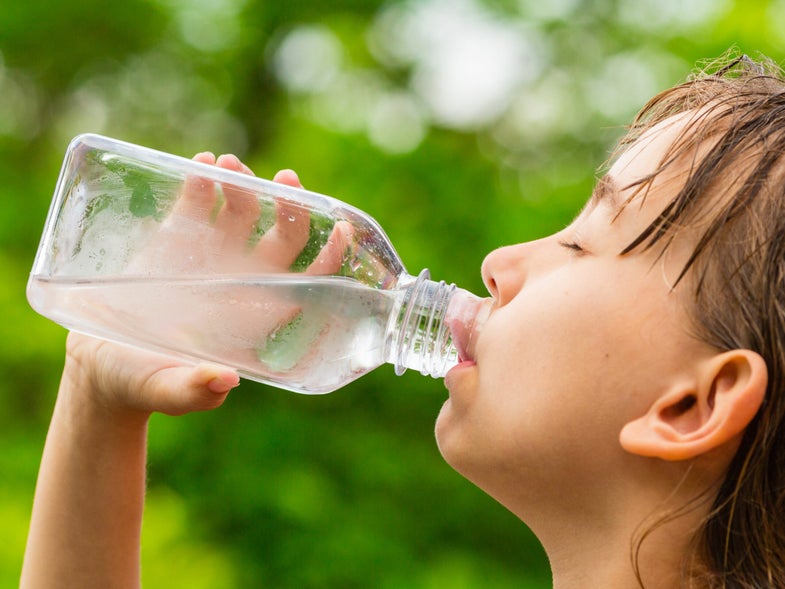 Seventeen states in the eastern U. S. are currently under heat advisories, with temperatures hitting the mid-90s in places like Philadelphia, Hartford, and Nashville. The accompanying humidity will make it feel like it’s in the 100s for millions of people—hot enough to be a health concern.

“People sometimes don’t realize that they need to take some extra precautions,” says Suzanne Beavers, medical officer in the Asthma & Community Health Branch at the Centers for Disease Control. “That they need to take it easy, not do so many activities outside, and drink plenty of water.”

Heat is serious. The United States sees hundreds of heat-related deaths per year (it’s the deadliest type of weather), and we’re likely to see many more in the future: Climate change will drive more frequent heat waves, which will in turn lead to more deaths. Even when it’s not deadly, heat-related illnesses are dangerous, and can make existing health problems worse.

The human body is calibrated to work best at a particular temperature—98.6 degrees, to be precise. Fluctuations of a degree or so are normal, and our body has various systems in place to bring things back in balance: If that number starts to rise, we sweat and radiate heat in order to cool ourselves down. But when temperatures are high and the air is humid, like during an August heatwave, those mechanisms aren’t as effective.

Heat energy naturally moves from a warmer place to a cooler place. When the temperature outside the body is lower than the temperature inside the body, heat leaves. But if the outside is hotter or close to it, heat doesn’t escape as well. Further, sweat evaporates from the surface of skin, pulling heat away in the process. In high humidity, though, when the air around is already full of moisture, sweat is slower to evaporate and can’t cool us down as well.

When the body is trying to cool off, it sends blood to the surface of the skin (to radiate off heat) and pulls water out of the bloodstream and into sweat glands. The problem is, that speeds dehydration, and leaves less blood available to carry oxygen to internal organs and the brain. And, because the blood has less water, it’s harder for it to circulate.

If that goes on for too long, and fluids go unreplenished, heat exhaustion can set in. “If you’re seeing heavy sweating, cramps, weakness—stop what you’re doing, drink cool beverages, and rest,” Beavers says. Other symptoms include dizziness, nausea, and headaches.

You can care for heat exhaustion at home, Beavers says, but if someone starts to seem confused, or develops other neurological symptoms, that’s a sign of heat stroke, and you’ll need professional medical help. “Seek medical attention right away if you have changes in mental status,” she says.

Young children and the elderly are at particular risk for heat-related illnesses, because their ability to regulate their internal temperature is weaker to begin with. The elderly might also have underlying health conditions, like cardiac or respiratory problems, that make the symptoms of heat exhaustion more dangerous. So, during a heatwave, check in on elderly neighbors, keep kids out of the sun, and don’t leave any children or pets in the car.

To stay safe in hot weather, Beavers says, it’s key to drink plenty of water, and not just when you feel thirsty. Wear loose and lightweight clothing, and avoid dark colors, which soak up the heat. Stay out of the sun, and avoid any unnecessary exertion. Don’t drink alcoholic or caffeinated beverages, which are dehydrating. Taking sponge baths or showers can help you keep cool, as well, though if there’s high humidity, that can be less effective. Contrary to popular belief, fans aren’t that great at keeping you cool, researchers say. That’s because rather than circulating cooler air into the room, they simply push hot air around, potentially making you even hotter.

“Try to stay in the air conditioning,” Beavers says. “Just a few hours in the AC can help the body deal with the heat.” If someone doesn’t have air conditioning at home, that might mean spending time in a public place, like a mall or library.

For people whose jobs require that they work outside, even during a heatwave, Beavers recommends sticking to a buddy system, taking breaks in the shade or inside, and drinking plenty of water. “Try and get used to the heat gradually,” she says. “Don’t go from working outside for zero hours a day to ten hours a day.”

Taking the potential risk seriously is key for staying safe in a heatwave, Beavers says. “People don’t realize the danger of heat.”