The biggest digital camera in the world, both in terms of physical size and giga-capacity, just won an early approval... 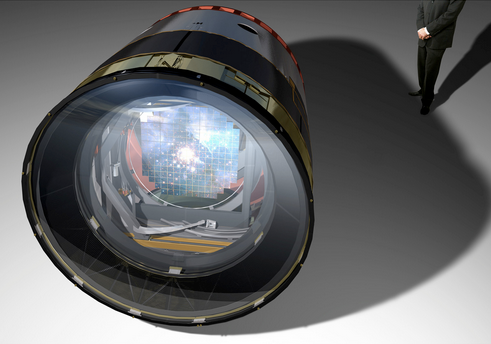 The biggest digital camera in the world, both in terms of physical size and giga-capacity, just won an early approval from the U.S. Department of Energy, which is funding the project. The camera for the Large Synoptic Survey Telescope will now proceed to a detailed engineering and design phase, another step toward the start of construction in two years.

From its perch in the Chilean Andes, the LSST will make a survey of the entire sky every three nights, snapping the equivalent of 800,000 8-megapixel images and gathering 30 terabytes of data every night. The camera required to do this is a 3-ton monster, capable of capturing an area 49 times the size of the moon in a single image. Its deep, wide-field images will capture anything from near-Earth asteroids to the properties of dark matter and dark energy.

The most recent decadal survey of astronomical priorities placed the LSST at the top of the list, with astronomers anticipating many detailed returns from a telescope that will spot new phenomena in near real-time. It will take images in five or more bands of the light spectrum, from 400nm to 1060nm (visible to infrared light).

Now that it’s achieved “Critical Decision 1” status, the camera project can start a formal design and building phase, following a specific budget and time frame. The DOE and the National Science Foundation are sharing the cost of the entire telescope project, with the DOE funding the camera portion. The telescope is supposed to start construction by 2014.

While the camera design review progresses, work has already started on the telescope’s 8.4-meter primary mirror and the telescope’s home atop Cerro Pachón in northern Chile.