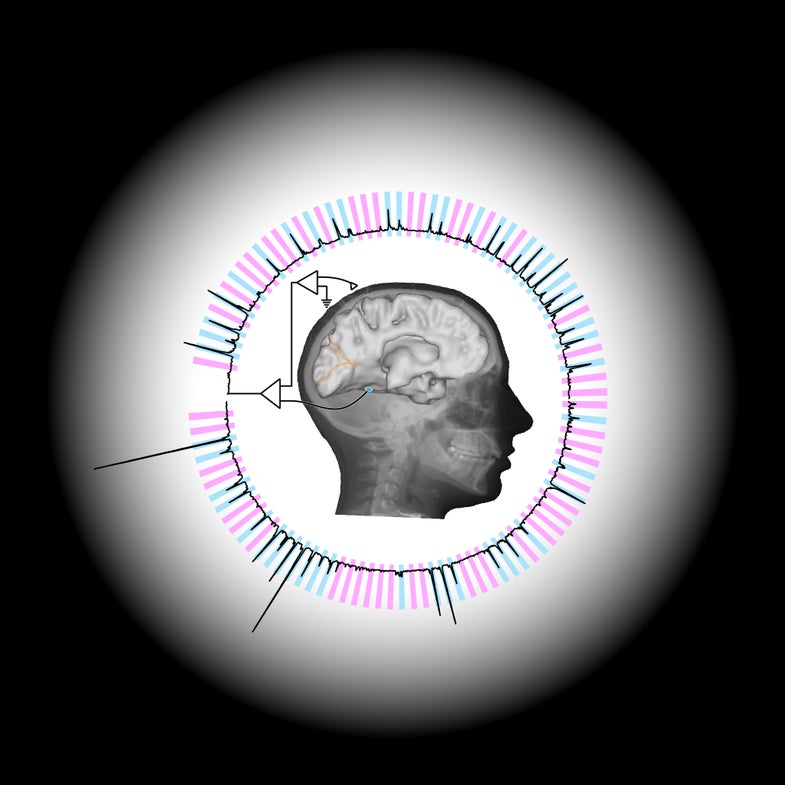 An algorithm that analyzes brain signals can accurately determine what people see in real time, according to new research.

The researchers used electrodes to measure brain signals in seven volunteer subjects. They showed the subjects images of human faces and images of houses in 400-millisecond-long flashes, instructing them to report whenever they saw an upside-down house, in order to make sure that they stayed focused on the task at hand.

Then, computer software measured two types of brain signals: event-related broadband, which occur when neurons act out of sync; and event-related potentials, which result from neurons firing together.

Miller says that there have been past successful attempts to decode elements of what people see using brain activity, but that those algorithms needed to be told that the subjects were looking at something. This algorithm, however, is capable of detecting that on its own.

When asked whether he would call it mind reading, Miller notes, “It is a type of mind reading, but it’s not as nefarious as that would sound.”

Especially, he says, given that these findings could contribute in part to the longer term goal of rehabilitating the brain following a stroke or removal of a tumor.