7 Things You Should Know About The Apple Watch

This ain't your grandpa's pocket watch 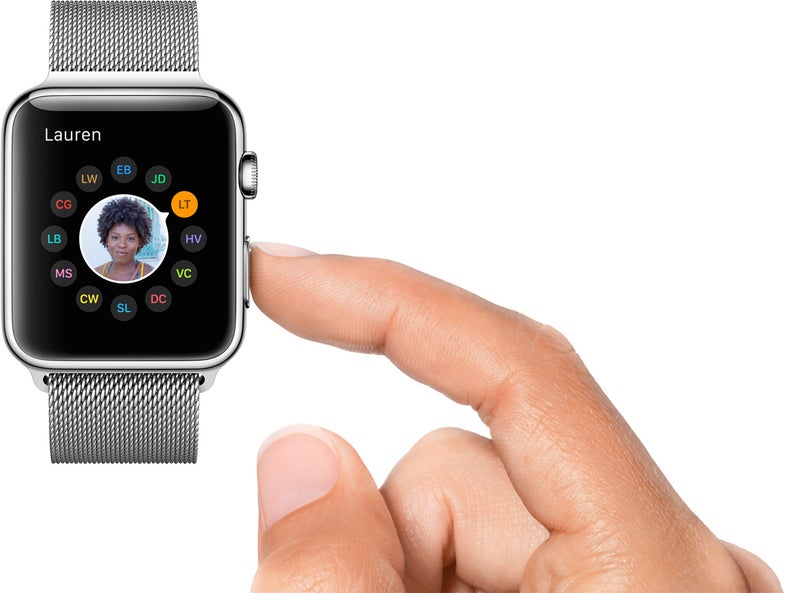 With a month to go before the average consumer can even see an Apple Watch in person, there are still plenty of questions about Apple’s latest device–what it does, how it works, and even what it costs.

Well, if you have questions, we have answers. Whether you’re just curious or you want to have some useful facts handy for the next time you’re chatting with your tech-savvy friends, here are a few facts about the Apple Watch that you can trot out to prove your smartwatch chops.

You Need A Phone, And It Has To Be An iPhone

If you were hoping that the Apple Watch might replace your existing smartphone, sorry: we’re not quite there yet. The Watch doesn’t have any onboard networking of its own, so it’s totally reliant on Wi-Fi or cellular networking on your iPhone–and yes, we said iPhone. Not only does the Apple Watch not work with Android or Windows phones, it also doesn’t work with your iPod touch or iPad. Your phone will need to be a recent model, too: 2012’s iPhone 5 or later.

You’ll Probably Need To Charge It Every Night

All that time-checking and app-using really takes it out of a smartwatch. Despite Apple’s attempts to extend the longevity of the Watch’s battery, you’ll probably still need to charge it every night. While Apple says the Watch will deliver 18 hours of battery life during a combination of time checks, notifications, app use, and workouts with music playback, it really depends on which features you use and how often. The good news is that if your battery gets super low, the Watch can shift into a power reserve mode, which will limit the watch to just showing the time, extending its remaining life for up to 72 hours.

You’ll Need An Extra Cord To Charge It

In case you were hoping you could just pack one of your existing chargers, the Apple Watch includes a special magnetic induction charger (kind of like what an electric toothbrush uses), so you’ll probably need to throw that extra cord in your bag even for overnight trips. But inconvenient as that may be, it does have at least one advantage…

It’s Water-Resistant (But Not Waterproof)

If you’re worried about how your Apple Watch will fare during your workout, don’t sweat it. Because the Apple Watch lacks exposed ports, it’s actually fairly water-resistant, meeting the International Electrotechnical Commission’s (IEC) IPX7 standard, meaning it can survive being submerged in up to a meter of water for 30 minutes. Apple doesn’t recommend that, but the Watch should totally be fine if you’re caught in a rainstorm or exercising.

Onboard Storage For Music Is Limited

Though the Apple Watch is designed to be used with an iPhone, there are times you may want to take it out on its own–say, if you’re exercising. Fortunately, onboard storage means you won’t have to forego your workout tunes: The Watch has 8GB of flash storage onboard, 2GB of which is reserved for music. (The rest is used for the Watch’s operating system and apps, with 75MB reserved for tiny photos.) If that seems paltry, keep in mind that Apple’s iPod shuffle has 2GB of storage, which Apple says can store “hundreds” of songs. So probably plenty for your three-mile run.

Due to the amount of variation in materials and construction, you can pay pretty much any price you want for a Watch, from the $349 aluminum model with a “fluoroelastomer” rubber band, all the way up to the $17,000 rose gold or yellow gold versions with leather straps that cost more than some cars.

The Battery May Drain Faster If You Have Darker Skin

Fusion‘s Alexis Madrigal points out that the Apple Watch tracks your heartbeat using visible and infrared light to measure how much oxygen is in your blood. But for people with darker complexions, the device might need a brighter light to get a correct reading, meaning that it could drain the battery faster when tracking heart rate. Apple didn’t respond to a request for comment.