LG and Huawei have brought Android users their take on the Nexus device. But which one is better?

The Nexus line — Google’s ideal of a modern Android phone — was originally meant to provide developers with a clean version of the Android mobile operating system and official Google apps, without the extraneous bloatware added by device manufacturers and wireless carriers. But consumers quickly caught on that Nexus devices provided some of the best experiences in the Android world. At its Fall 2015 event, Google announced the latest additions to its flagship smartphone lineup: The LG Nexus 5X and the Huawei Nexus 6P, giving Android fans two new compelling options to choose between for their next phone. But which one is better? Here’s the rundown when it comes to raw specs:

The 6P is the first all-metal phone in the Nexus line. When presenting the new phone on stage at their event, Google executives touted the product’s diamond-cut edges and sculpted back, which they said offer users a unique feel. While Android has seen its fair share of aluminum phones from Samsung and HTC, we’ve never seen one with the weight of the Nexus name behind it.

Huawei will offer its Nexus 6P phone in frost white, aluminum, and graphite. While the 5.7-inch screen is large, Google promises that it has a footprint similar to that of a 5.5-inch one—with the screen taking up almost three-fourths of the face of the device.

The Nexus 5X by LG is a similarly large phone. The 5.2-inch device is smaller than Huawei’s, but packs a punch. While LG’s plastic phone may have less of a premium feel, some may prefer that design, offering potentially easier gripping without a case. Those worried about quality should know, however, that this isn’t the company’s first time designing a Nexus device. 2012’s Nexus 4 brought Android users a glass front and back. For durability’s sake, we’re glad they moved away from that design.

The Nexus 6P has better internal specs than the 5X. But LG’s more affordable Nexus entrant isn’t to be slept on.

Both the Nexus 5X and 6P will come with Android Marshmallow preinstalled. Marshmallow, the latest version of the Android OS, will bring native support for USB-C, Google Now On Tap, and a new app drawer. One of the most significant inclusions, however, is built-in fingerprint support. 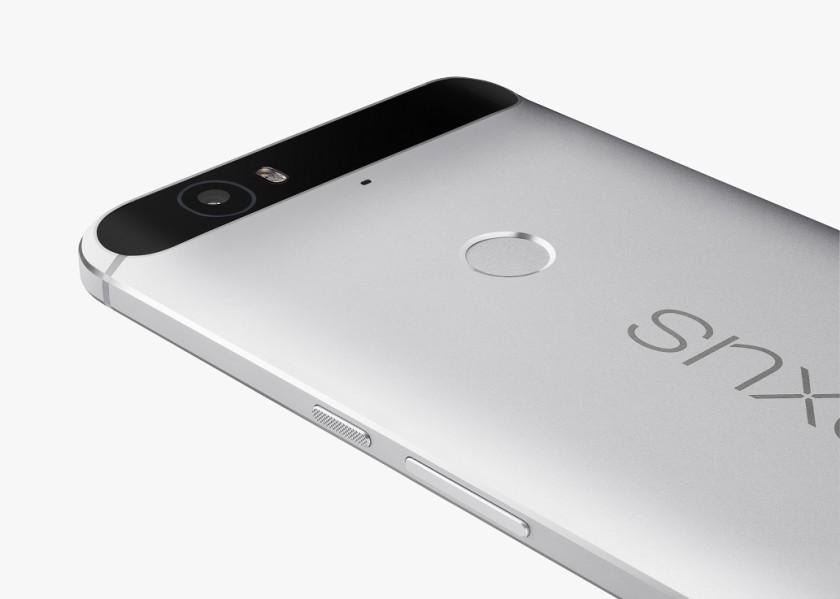 Similar to Apple’s Touch ID, Google’s Nexus Imprint devices will make use of a built-in fingerprint reader to shuttle users past their lock screens quicker than before. Unlike the iPhone, however, Google’s sensors are on the rear of the phone.

Both devices come with a 12-megapixel camera on the rear (12.3 in the case of the Nexus 5X). And, for quicker shooting, both Marshmallow devices let you double-tap the sleep/wake button to launch straight into the camera. The Nexus 6P offers laser-assisted focus for sharper images.

While the 5X packs a 5-megapixel front-facing camera, Huawei’s 6P brings along an 8MP. If you use your phone as mainly a selfie device, this metric is especially important to you. 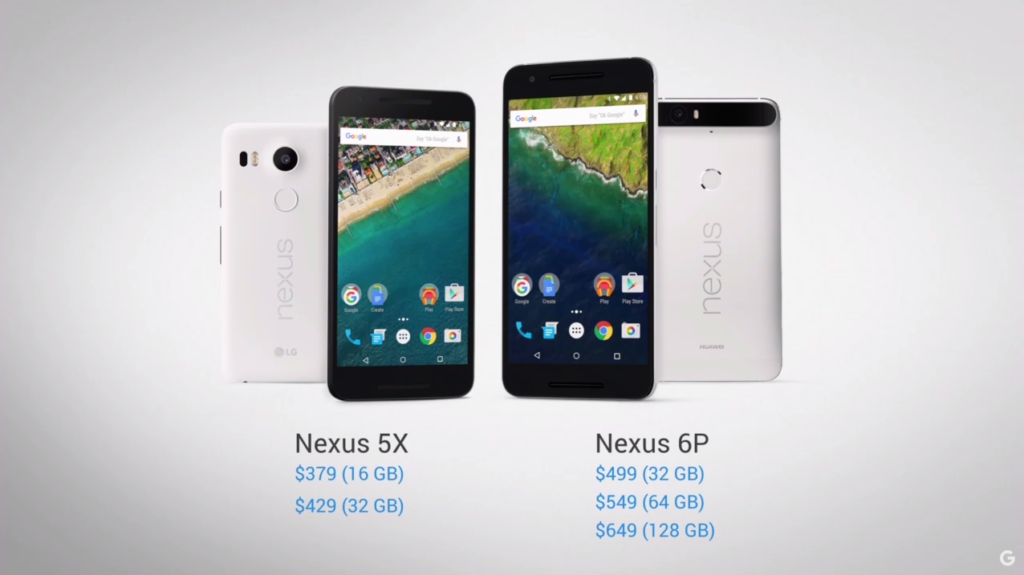 Here’s how the new Nexus will affect your wallet

Both devices use the USB-C standard to move over power and transfer data—sorry, wireless charging fans. While we don’t have exact numbers related to charging time, Google claims their Nexus devices will support fast charging.

On paper, the Nexus 6P once again bests the 5X. LG’s device includes a built-in 2,700-mAh battery while Huawei’s offers 3,450 mAh. Since the 6P is pushing more pixels with 0.5 inches more of screen, users may see a benefit in having the extra 750 mAh.

Google is positioning these devices as two of the most important Android phones. With an all-aluminum body on the 6P and rear fingerprint sensors on both phones, we may see other hardware manufacturers take cues from the Nexus line in future updates.