Kraftwerk Fuel Cell Lets You Charge Your Phone With Butane

Now you're cooking with gas 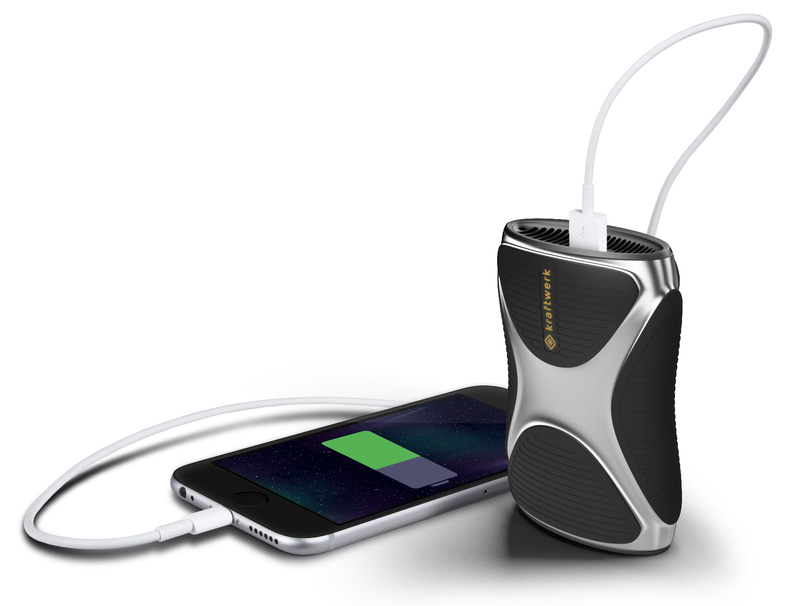 What if you could replenish your phone’s battery while you were nowhere near the electrical grid? Sure, there are plenty of external power packs that will do this kind of thing, but what if you also didn’t need to recharge those from the grid? Then you’d have the crowdfunded Kraftwerk, a clever charging device that draws its power from gas instead.

Kraftwerk is a fuel cell. You fill it up with butane (the same gas used for cooking torches, gas lighters, and cooking stoves) and the device converts that into electrical power, which it makes available via a USB port. You can then plug in and power any USB device: a phone, tablet, camera, and so on.

Kraftwerk’s creators say that the advantages of their solution are many: the device is lightweight, weighing only 160 grams when empty or 200 grams when full; you can refill it from a standard gas canister, available for a few dollars, in a matter of seconds; and at full capacity, it can apparently charge an iPhone 11 times and—unlike batteries—retain power for weeks without losing charge. Apparently it even meets FAA restrictions for carrying it in an airline cabin, regardless of whether it’s full or not.

This isn’t the first attempt at using butane to power electronic devices. A company called Lilliputian piloted a similar device in 2013, but the company never delivered the product and eventually went under after its expected price tag went from $100 to $300.

Kraftwerk, by comparison, is aiming to hit a retail price of $149 and to ship later this year. The team has already built one prototype and plans to set up its production line next month, not long after its Kickstarter campaign draws to a close. And unlike Lilliputian’s solution, which required a proprietary refill cartridge, Kraftwerk is compatible with butane refills already sold on the market.

Of course, plenty of crowdfunded projects promise the stars and deliver something less than that. Kraftwerk’s biggest competitors are the myriad battery packs that already exist on the market, and which are time-tested solutions. Convincing the average consumer to adopt an alternative fuel source—especially one that requires additional purchases to maintain—is certainly an uphill climb. But the shortcomings of battery packs are well known, and a longer lasting and possibly more cost-efficient solution could prove to be a big hit, especially as we carry more and more gadgets with us.