Oregon State University's two-legged 'Cassie' clocked in at 24.73 seconds, making it the fastest robot on record. 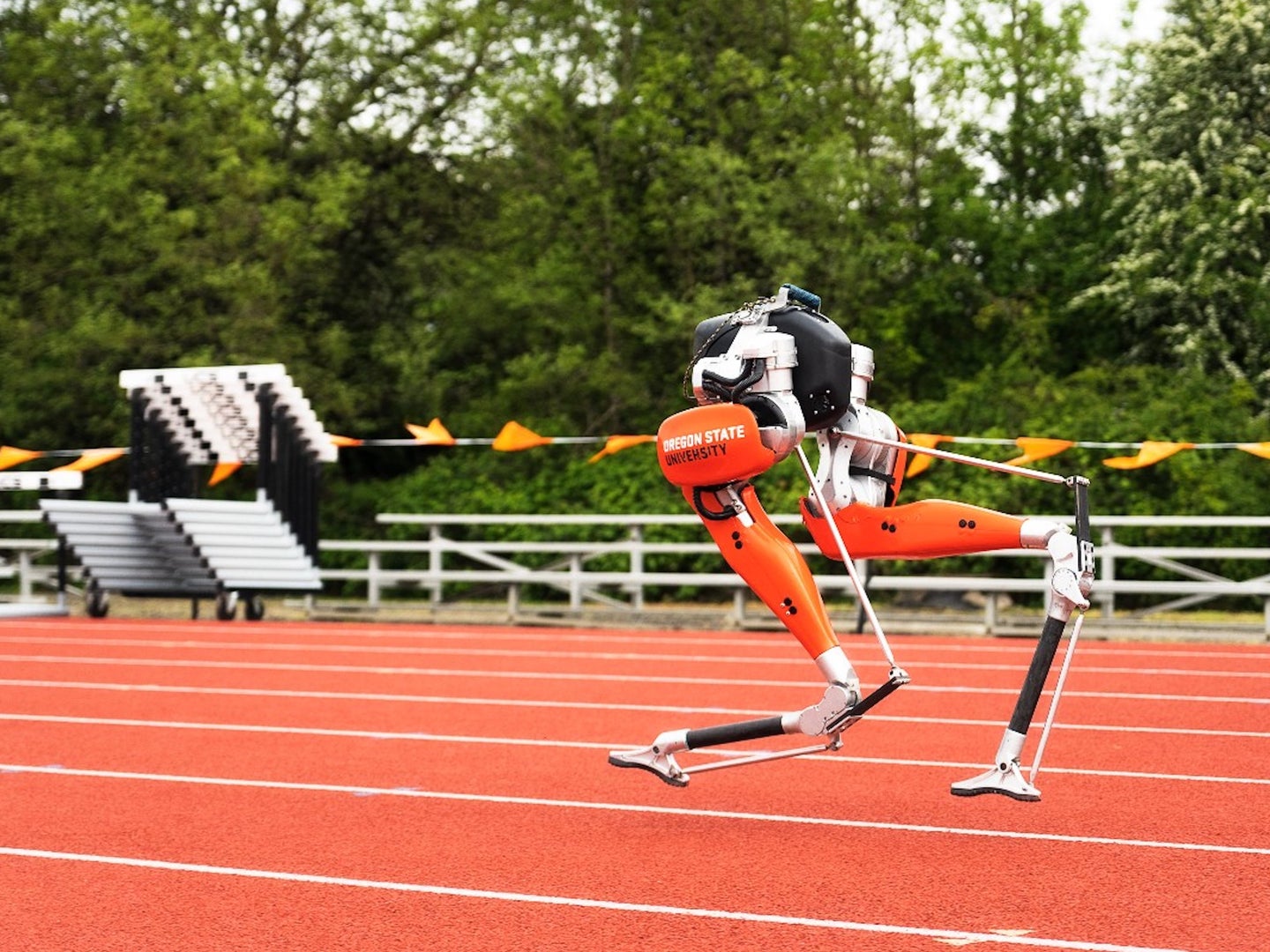 Why are you in such a rush there, Cassie?. Oregon State University
SHARE

It may still trail the fastest humans on the planet, but Cassie proved it’s no slouch, either. Earlier this week, Oregon State University’s College of Engineering and its spinout company, Agility Robotics, released a video shot earlier this year showcasing their bipedal robot as it set a new Guinness World Record for the fastest 100m dash undertaken by a machine: 24.73 seconds.

[Related: Boston Dynamics gave its dog-like robot a charging dock and an arm on its head.]

Last year, Cassie pulled off another achievement when it power-walked a 5K in just over 53 minutes, displaying the team’s advancements in reliability and durability within mobile robotics. “This may be the first bipedal robot to learn to run, but it won’t be the last,” OSU robotics professor Jonathan Hurst said in a press statement. “I think progress is going to accelerate from here.”

Check out a video of the record-breaking in action below:

Using a computing technique known as parallelization in which a program simultaneously runs multiple calculations and simulations, Cassie fit the equivalent of an entire year’s worth of machine learning into a single week. “Cassie can perform a spectrum of different gaits but as we specialized it for speed we began to wonder, which gaits are most efficient at each speed?” Devin Crowley, a graduate student and project collaborator, said in a statement. Despite the prototype’s decidedly ostrich-legged appearance, the learning “led to Cassie’s first optimized running gait and resulted in behavior that was strikingly similar to human biomechanics.”

At 9.58 seconds, our species’ record is still less than half of that (thanks, Usain Bolt), and as The Verge notes, Cassie is far from the world’s fastest robot—Boston Dynamics’ quadrupedal WildCat can max out at 19mph, while MIT’s four-legged Mini Cheetah reaches around 9mph, although there doesn’t appear to be any indications either could travel as long as Cassie. Still, it’s an impressive new milestone in robotic mobility.