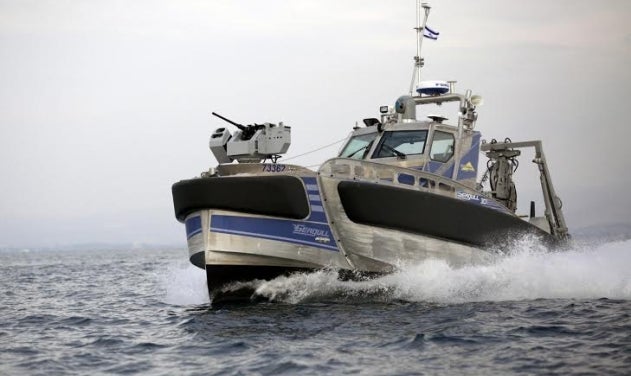 A minefield is the last place where a human should be. Unfortunately, for as long as humans have built explosives and floated them underwater, it’s been up to human-crewed boats to get close and do the work of disarming the deadly weapons. Elbit, an Israel-based defense company, today unveiled a new unmanned surface vessel dubbed the “Seagull,” designed to face danger in the ocean without any humans on board.

Here’s how Elbit describes the vessel:

Or, in other words, the commander of another ship can send out a Seagull roboat or two to scan an area for danger and then clear it. Up to two Seagulls can be controlled at a time, which is useful but hardly the most impressive feat of aquatic remote-control. In late 2014, the U.S. Navy controlled 13 boats at once with a single command console.

While Elbit’s announcement didn’t mention how it works or name any customers, plenty of maritime forces across the world are looking for small, seaworthy robots that can do the dirty work of finding and defusing mines. That includes the U.S. Navy, which was looking for a boat to do this, to enter service in 2016.