You Can Now Stream Torrents In Your Web Browser

Torrents-Time lets you watch torrent files without downloading them 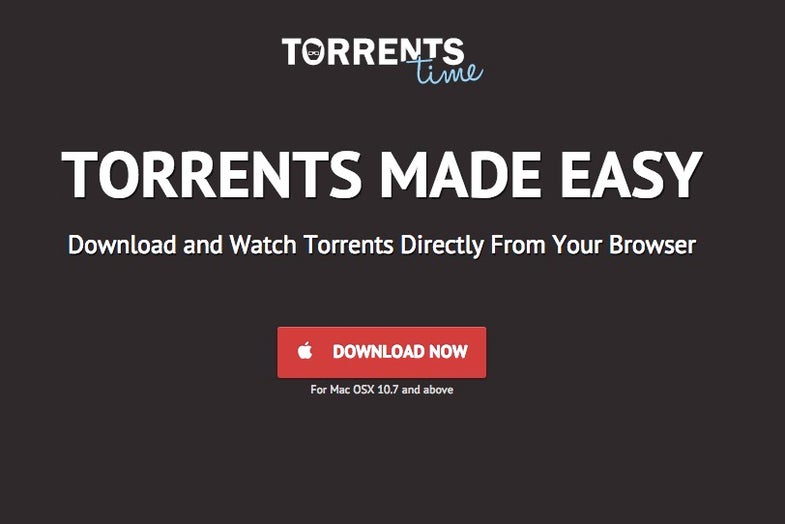 There are a multitude of ways to consume video content online. Netflix, Hulu, HBO Go and more have offered more ways than ever to binge shows and movies over the internet in legal fashion. For those looking to watch shows online that aren’t easily available, many turn to torrenting. While using torrents for large file downloads isn’t illegal in itself, there are a multitude of websites that offer illegal copies of films and TV shows, among them, The Pirate Bay and Kickass Torrents (Before we go any further, it’s worth mentioning that Popular Science does not endorse illegally downloading anything.)

Now torrenters can skip the download altogether and stream content directly from these websites on their desktop computers with a new browser extension.

Torrents-Time is available now as a free download, and supports all major browsers: Chrome, Firefox, Internet Explorer, and Safari. It’s an offshoot of Popcorn Time, the popular app known as the “Netflix of piracy.”

By downloading an app, Popcorn Time allowed users to access a library of torrent files to easily stream. With Torrents-Time, can do similarly, but in the desktop browser of their choice. Right now, Torrents-Time works only with a few sites that have enabled streaming capabilities, including The Pirate Bay and Kickass Torrents.

As the makers of Torrents-Time point out, torrents’ main usefulness lies in saving bandwidth. Instead of your computer grabbing a file from one place, the file is split into pieces and every computer helps the others in grabbing the complete file. The more downloading a torrent, the quicker it goes. Which is likely why those Game Of Thrones downloads keep flowing.

An extension like Torrents-Time could make torrent sites much more accessible to those who aren’t familiar with the form of downloading. Popcorn Time may still be the easier option for those looking to access torrents on a set-top box or even the comfy confines of a nicer and arguably easier-to-navigate user-interface.

But for folks that were probably going to watch their desired series in a web browser anyway, Torrents-Time takes a step out of the process.