Confirms Israel is arming its drones 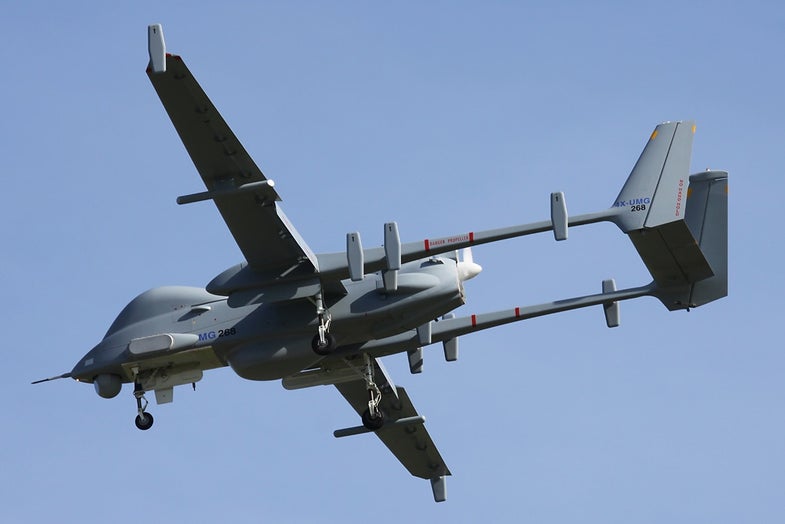 The NSA was built to spy, with the uncomfortable question being “on whom?” The agency, long a background player in paranoid cinema like 1998’s Enemy of the State, re-entered the public consciousness in 2013 in a big way with revelations from former NSA contractor Edward Snowden that the vast surveillance architecture of the NSA was spying on American citizens. Since then, there have been many more revelations from the documents Snowden lifted when he fled the agency and the country. The latest, explored in depth at The Intercept, is this: The NSA, as well as Government Communications Headquarters (GCHQ, the NSA’s British counterpart), covertly captured video images from Israeli drones. These images also publicly confirm a long-suspected truth, that Israel deployed armed drones.

Or, in other words, the NSA did its job.

Last summer, the NSA hit controversy after claims emerged from Wikileaks that the agency had spied on the office of the German Chancellery for years. After World War II, West Germany (and since 1990, unified Germany) became a staunch American ally, so the revelations of this spying looked like a deep betrayal of a cherished ally. In November of last year, to somewhat less fanfare, Germany’s Der Spiegel found that Germany’s intelligence service itself spied on friendly governments, including the United States and the Vatican, among others. This is just a weird thing governments do.

In the case of the Israeli drone, the GCHQ picked up encrypted drone signals from a British listening post on the isle of Cyprus, and decoded them as part of a program called Anarchist. The Intercept writes:

At the time this information was obtained, it wasn’t yet feasible to decrypt and watch through all of the drone’s footage as it happened. That may change with more computing power available, but it shows encryption here is a huge obstacle to real-time watching. Yet breaking the encryption at all to capture the snapshots shows it’s possible to at least glimpse into what the drone is doing. The full story includes several of the documents released from Snowden’s cache, as well as a more detailed analysis of individual video frames.

Contained in that analysis is a second, long-suspected but rarely verified truth: Israel is arming its drones, and using them for campaigns in Palestine and against Hezbollah in Lebanon. There is also some fear that Israel’s Heron TP drone, capable of flying for 36 hours and carrying a 1-ton payload, could be used to strike at Iran. While that fear may exist in both the intelligence and analyst communities, the $35 million apiece drone is likely neither stealthy or cheap enough for a country to risk in an attack against an enemy with modern anti-aircraft weapons.