Questions Raised Over Whether Vesta Once Had Flowing Water

The protoplanet may not be as dry as scientists thought 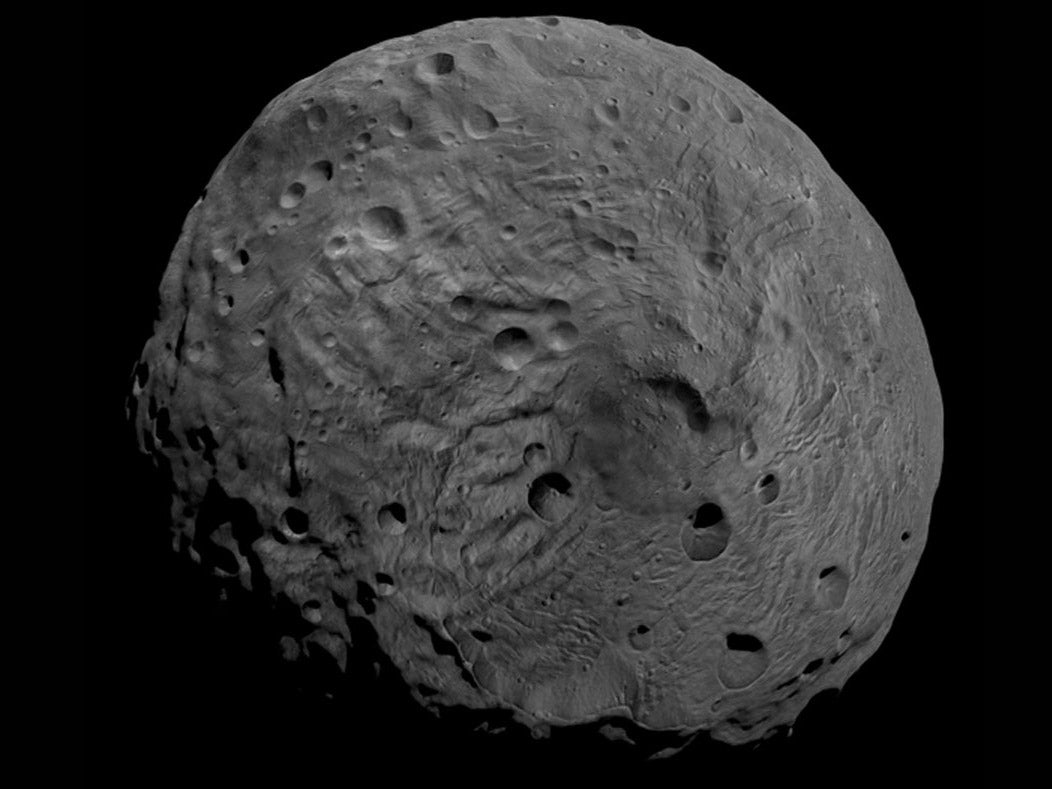 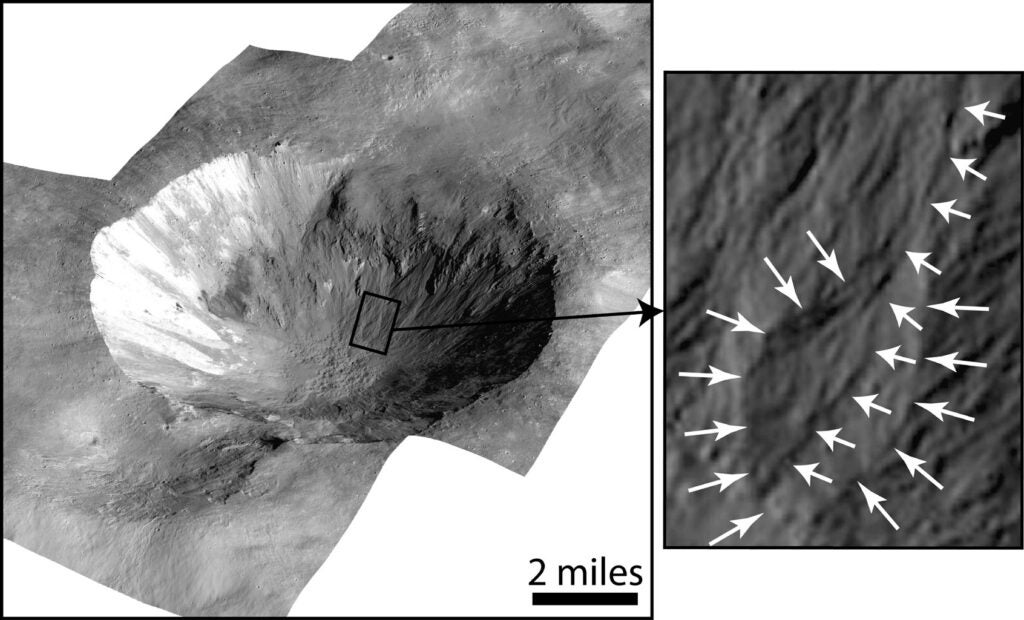 Vesta’s Cornelia Crater has gullies running down its sides, suggesting that the protoplanet may have once had small amounts of flowing water.

While NASA’s Dawn mission is hot on the tail of the biggest rock in the asteroid belt, researchers are still finding new things within the treasure trove of data the spacecraft collected in 2011 and 2012. Back then Dawn was visiting Vesta, the second-largest object in the asteroid belt, which scientists thought would be bone-dry.

“Nobody expected to find evidence of water on Vesta,” Jennifer Scully, a postgraduate researcher at the University of California, Los Angeles, said in a press release. “The surface is very cold and there is no atmosphere, so any water on the surface evaporates.”

Now some scientists, including Scully, are revisiting that conclusion based on data from Dawn. The spacecraft sent back photos of gullies several feet deep and 100-feet wide carving into the sides of several craters. Scully’s team has just published a paper analyzing those features. The team suggests that water could have carved the gullies and created the fan-shaped deposits as the water evaporated.

It’s a theory that not all scientists have gotten behind, because it may be possible for dry materials to create similar shapes, says Dawn scientist Mark Sykes.

Vesta definitely never had lakes or streams. If the gullies and fans were etched by running water, it may have been from ice in the soil that melted in the heat of a meteorite impact. It’s also possible that the objects that impacted Vesta carried the ice themselves.

Whether or not Vesta contains water could be an important question. NASA is studying Vesta and Ceres, because they’re thought to be protoplanets—planets that began to form during the birth of the solar system but didn’t fully develop. Studying protoplanets can help scientists better understand how planets grow and evolve over time. Vesta, which is dry and rocky, is thought to be similar to the planets at the inner part of the solar system. Ceres, on the other hand, contains ice and maybe water, much like the solar system’s outer planets and moons. By using Dawn to compare the two types of worlds, scientists hope to learn what factors control a planet’s destiny.

Marc Rayman, Dawn’s chief engineer, told Popular Science that even if it turns out the gullies were formed by water, it doesn’t change much in terms of Dawn’s big questions. “It is still mostly a dry world, and any small amounts of water would not have played much of a role in its long history. The effects would be small and localized.”

“Ceres, in contrast, may have a tremendous amount of water, now mostly as ice, but perhaps some still liquid,” Rayman says. “Water may have been a major factor in its geology. So Vesta and Ceres still are two very different kinds of worlds, both alien, both fascinating, but quite unalike each other and quite unalike our world.”