Infographic: Which Elements Are Found In The Earth, Sun, Sea, And You 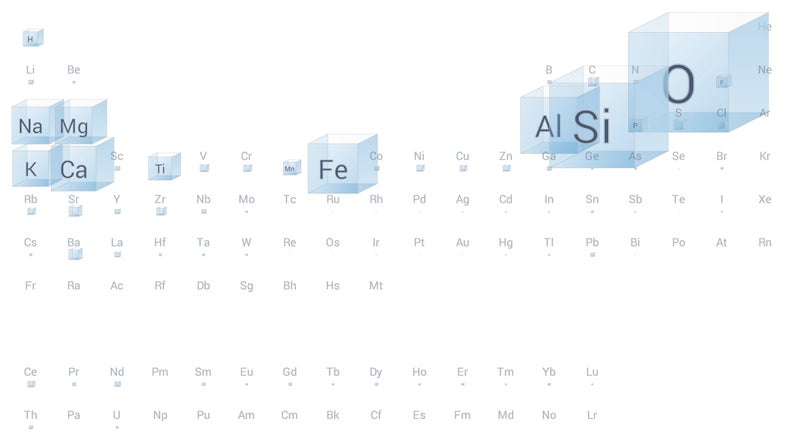 Quick, what elements make up the sea? This new animation makes it easy to answer: oxygen, hydrogen, chlorine, sodium, magnesium, and sulfur. Those first two elements, of course, make up water: H2O. The second two make up salt, NaCl.

A closer look reveals other fun gems. There’s more oxygen than hydrogen in seawater, even though the chemical formula for water is H2O, so pure water should contain twice as much hydrogen as oxygen. The ocean, however, has lots of dissolved oxygen gas. Fish would not survive otherwise. Meanwhile, magnesium is the most common component in seawater after H, O, Na, and Cl, because it’s common in the Earth’s crust and it dissolves easily in water.

The visualization also includes the most common elements in the Earth’s crust, those in the sun, and those in the human body. The chart’s designers also compiled a list of element names mentioned in books indexed by Google. We imagine at least some of these book mentions must be poetic, not scientific: silver moonlight, iron wills, and the like.

Google’s visualization research team made the animation. The engineers were inspired by an old image of the periodic table weighted by the abundance of the elements on Earth. We think the update is beautifully done and educational. Go have a look!