Getting The X-15 Up To Speed 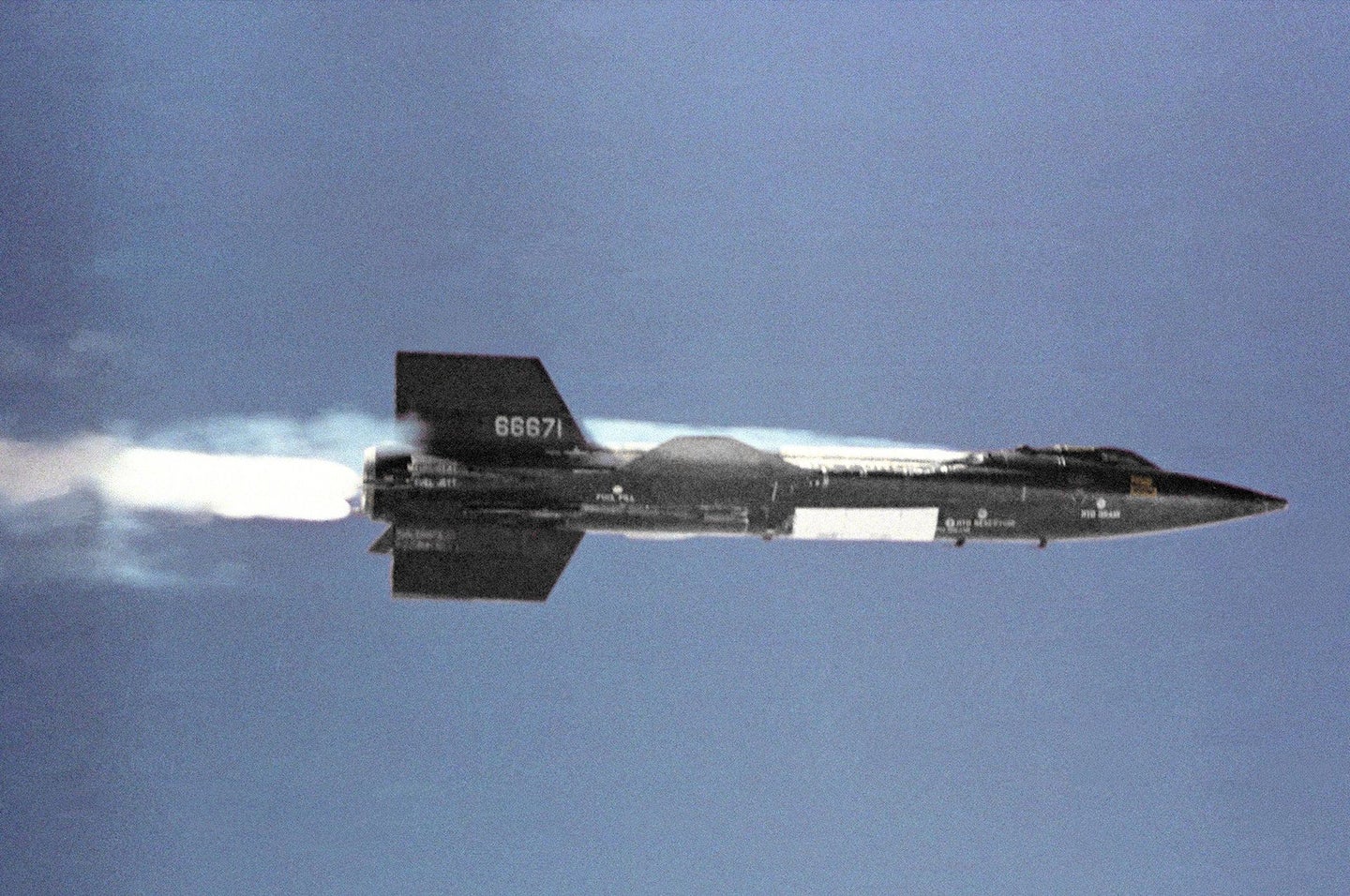 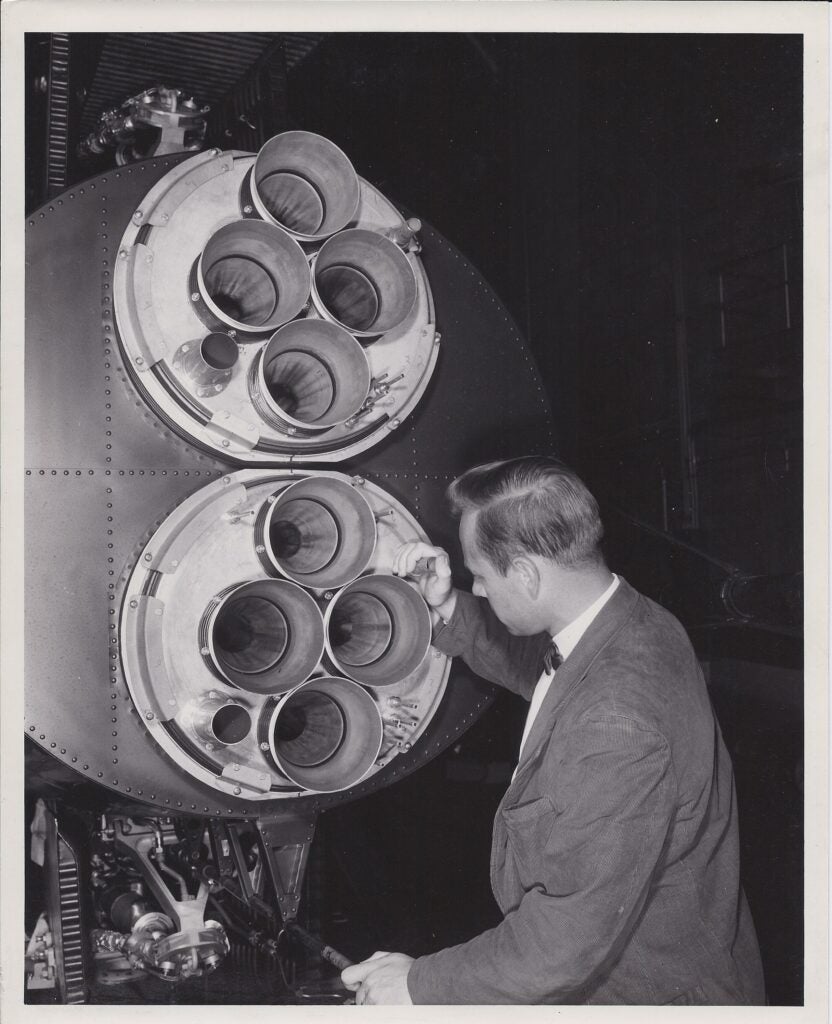 The first X-15 was rolled of North American Aviation’s facilities on October 15, 1958 to great fanfare. Vice President Richard Nixon addressed assembled media, military, and members of the aviation world about the aircraft that was set to break speed and altitude records. But the plane that took centre stage that day wasn’t quite able to fulfill its high speed and high altitude promises. It would need to modifications to make those record-breaking flights.

For the first year and a half of the program, two X-15 aircraft flew with two XLR-11 engines. Designed and built by Reaction Motors, this engine burned ethyl alcohol and liquid oxygen and delivered a maximum thrust of 6,000 pounds. But even with two of these engines boosted to increase their thrust, they couldn’t give the small rocket plane the power it needed. These engines also weren’t throttleable. The pilot’s main control over thrust was to turn each engine’s four barrels on and off individually. 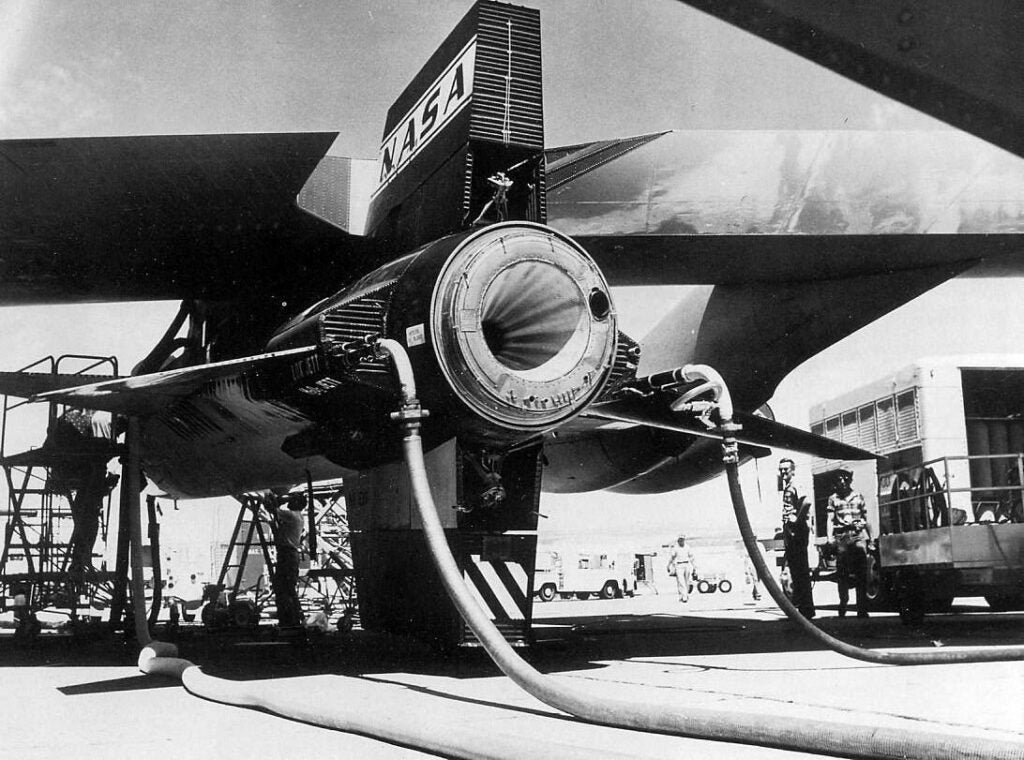 The engine that was going to give the X-15 its record-breaking power was the XLR-99. Also built by Reaction Motors, this throttleable engine used anhydrous ammonia and liquid oxygen to generate around 57,000 pounds of thrust making it equivalently powerful to the Army’s Redstone rocket, the one that launched Alan Shepard and Gus Grissom on their suborbital Mercury fights. And when this big engine arrived in California in April 1960, it was a year and a half behind schedule but had an aircraft ready for it; X-15 #3 had been set aside for the big engine.

Both Reaction Motors and North American engineers ran tests on the new engine, but it was ground tests of the engine mounted in the X-15 that really mattered. The first such test was on June 8, 1960, and it did two things: it nearly killed North American test pilot Scott Crossfield, and it proved that the X-15’s cockpit was one of the safest places to be when disaster struck. 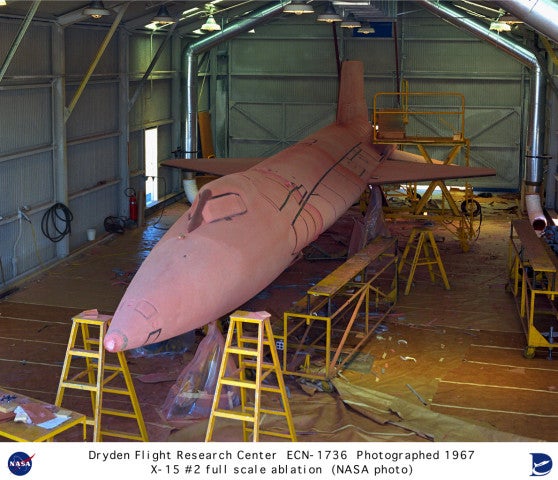 But adding a bigger engine into the aircraft was only half the battle. The X-15 was the first aircraft for which aerodynamic heating was the dominant design challenge. This was in part due to the X-15’s two different trajectories, one that had fast flights at level altitude and one that saw the aircraft reaching high altitudes and returning with a high angle of attack (its nose in the air).

Inconel-X went a long way in protecting the X-15 from the high temperatures it would encounter on a flight; it retained its strength at temperatures up to 1,200 degrees Fahrenheit. Still, problems cropped up at speeds over Mach 5. The leading edges of the wings became distorted and the skin buckled, ultimately leading to intense spots of local heating. Covering the problematic areas and adding shear ties between segments solved the problem.

But to really reach high speeds, the X-15 needed even better defenses against the heat.

Source: “The X-15 Rocket Plane” by Michelle Evans; “At the Edge of Space” by Milt Thompson; NASA; X-Planes Free.