Want people to volunteer as lab rats? Turn your science into a game.

Book Excerpt: Power Play: How video games can save the world 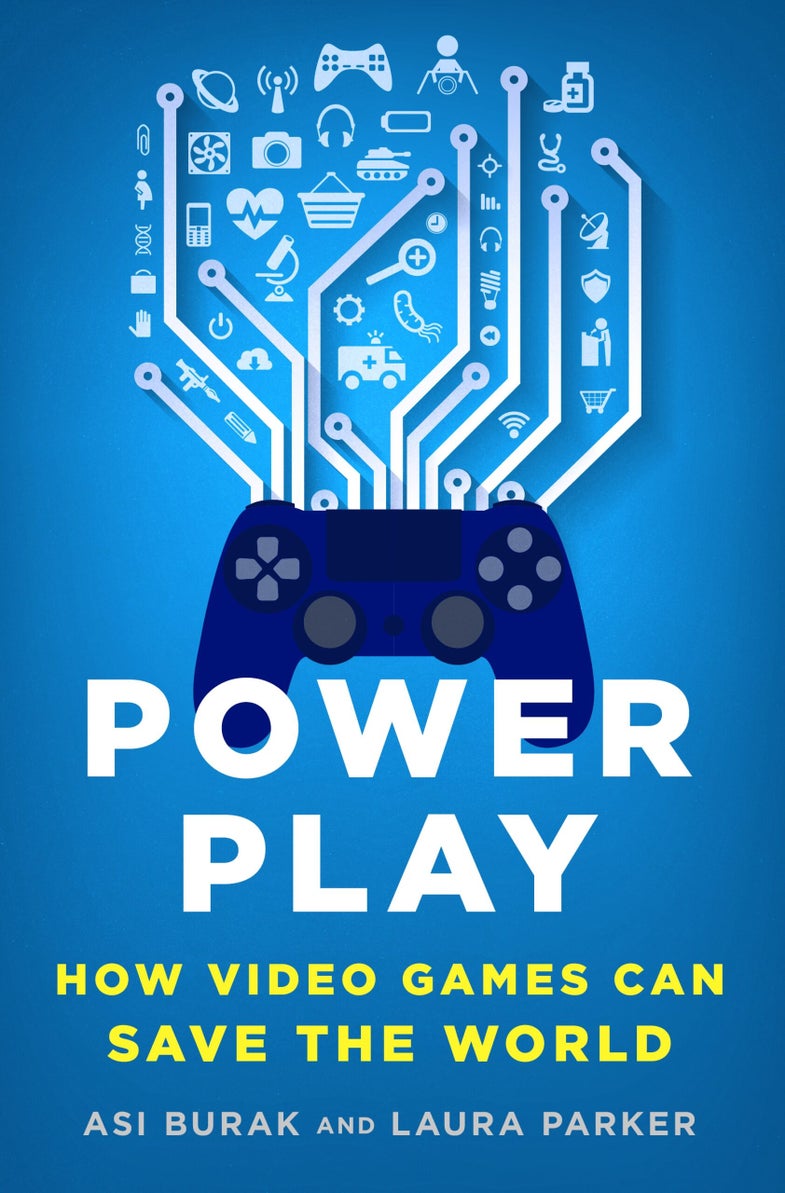 The following is an excerpt from Power Play: How video games can save the world by Asi Burak and Laura Parker.

One of the most successful examples of citizen science is Lab in the Wild, an experimental platform for conducting online behavioral experiments. It was launched in 2012 by Krzysztof Gajos, an associate professor of computer science at Harvard University’s School of Engineering and Applied Sciences, with the help of one of his postdoctoral researchers, Katharina Reinecke. The platform administers game-like tests online to unpaid volunteers. At the time of launch, Gajos was interested in observing how humans interact with computational systems, particularly how online interfaces can better accommodate people’s varying abilities to see, hear, and interact.

Lab in the Wild launched with three studies, the most successful of which asked participants to rate a number of websites, on a scale of 1 to 9, based on visual appeal; more than 40,000 people from some 200 countries participated in the study, varying in age from 6 to 99. “We had everyone from scientists to plumbers take part,” Reinecke said. The results of the study supported Reinecke’s theory that what users perceive as “good” design is subject to individual and cultural preferences. For example, the level of colorfulness and visual complexity people prefer varies wildly: according to the study, women like colorful websites more than men, while a highly educated person generally prefers less color. Russians prefer lower visual complexity, while Macedonians like highly intricate designs. Later, Gajos and Reinecke published a paper on Lab in the Wild, in which they compared three experiments performed on the platform with similar studies done inside the lab, concluding that the online results replicated the in-lab studies with “comparable data quality.” They concluded: “In comparison to conventional in-lab studies, Lab in the Wild enables the recruitment of participants at larger scale and from more diverse demographic and geographic backgrounds.”

Some people would argue that games like Foldit and the activities found on Testmybrain.org and Lab in the Wild aren’t really games. Not in the traditional sense, anyway. Few people would choose to play Foldit over Tetris based on technical elements and entertainment value, for example. But that doesn’t necessarily exclude Foldit and the others from the category of games. The boundaries of game design have been slowly shifting and stretching over the last five years to include more experimental and innovative projects. Could a game like Foldit be better designed? Undoubtedly. But the fact that the game needs to deliver on a very specific objective—in this instance, a scientific one—limits what the game can be in the end, and it’s therefore hard to say how much better, from a pure gaming standpoint, it could be.

However, if these games could be designed to be more entertaining, that would certainly increase their impact, because even more people would want to play them. “I don’t want my documentary to be boring. It may have to be boring in parts to make a point, but that’s never the goal,” said Nicholas Fortugno, lead designer of the wildly popular game Diner Dash and the co-founder of the New York City–based game development studio Playmatics. “Better design makes better games, and the better the game is, the more it’s played. If the game has social impact, then of course you want it played as much as possible. The fact that a lot of people played it is a triumph that shouldn’t be overlooked, but it didn’t live up to its potential if better design would let [even] more people access it.”

Fortugno believes that many of these games would benefit from the touch of a professional game designer. This isn’t to say that good games never come from amateurs—rather, that game expertise can make a game more appealing. Whether the games should be commercial is a different question. “I think that the question of money has little to no bearing on how fun the experience is. A good, serious game should make the high-end goal itself fun to achieve through [its] mechanics.”

Reinecke didn’t go out of her way to attract people to Lab in the Wild; instead, participants had the option of sharing the results of their tests online, which many did, inspiring others to take the test. Today, the site averages around 1,000 participants per day. There are usually only six to nine studies live on the site at any one time; researchers can submit their studies for preapproval, after which Lab in the Wild posts the studies to its Facebook page and asks users for their feedback. If the response is positive, the study goes up. The only rule is that studies have to be fun, simple, and shareable. One of the site’s most popular studies was a test that guessed users’ ages based on their clicking speeds; it attracted more than a million participants in its first two months. The site also provides users with personalized feedback, allowing each participant to compare him or herself with users in other countries. This is probably why Lab in the Wild has had so much success on social media—currently, the majority of the site’s traffic comes from Facebook. (The top user countries are usually the United States, the United Kingdom, Canada, Romania, and Hungary.) “I know of other successful citizen science and crowdsourcing projects where the people involved are really in it to help the world,” Reinecke says. “With us, it’s the opposite. It’s less about altruism, and more about personal motivation— but hey, whatever works, right?”

Excerpt from Power Play: How video games can save the world by Asi Burak and Laura Parker. Copyright © 2017. Available from St. Martin’s Press Popular Science is delighted to bring you selections from new and noteworthy science-related books. If you are an author or publisher and have a new and exciting book that you think our readers would love, please get in touch! Send an email to books@popsci.com.