Playing a video game as a sexy, crop-topped avatar made women more likely to accept rape myths like "most rape victims are promiscuous." 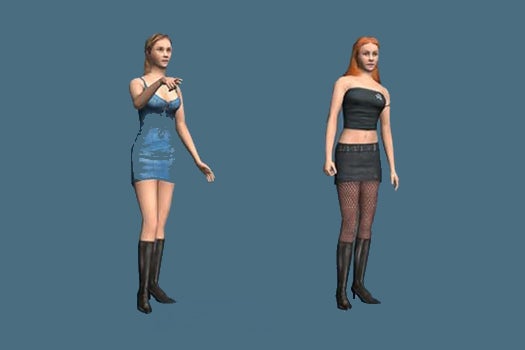 When we don a virtual reality avatar, our real-life behavior can change, too. Like, for example, when people embody a tall avatar, they have a tendency to act more confidently. It’s called the Proteus Effect. And according to a study from Stanford University’s Virtual Human Interaction Lab, it’s the reason overly sexualized portrayals of women in video games are terrible. According to this research, women who embody sexualized avatars are more likely to objectify themselves, and more likely to say that rape is the victim’s fault. (Always worth noting: It’s not.)

‘Women who wear sexualized avatars may internalize the features of their avatars and start perceiving themselves in a sexually objectified manner.’

A total of 86 women participated in the study, donning a head-mounted display that placed them in a virtual environment where they could look in the mirror and see their avatar self, which moved as they moved in real life, dressed either in a sexy outfit or wearing jeans and a jacket. In some conditions, the avatar’s face resembled the woman playing her, based on a photograph acquired earlier in the study. The participants had a get-to-know-you conversation with another person’s male avatar during the scenario, which allowed the researchers to assess how much they were objectifying themselves. While wearing the sexy, short-skirted avatar, women talked more about their bodies, hair and dress than the women who wore pretty everyday clothing in the scenario.

The researchers write “the results indicate that women who wear sexualized avatars may internalize the features of their avatars and start perceiving themselves in a sexually objectified manner.” Gross. But OK, so women who embodied an avatar who was wearing outlandish clothing talked about their clothing. Maybe not that big of a deal? 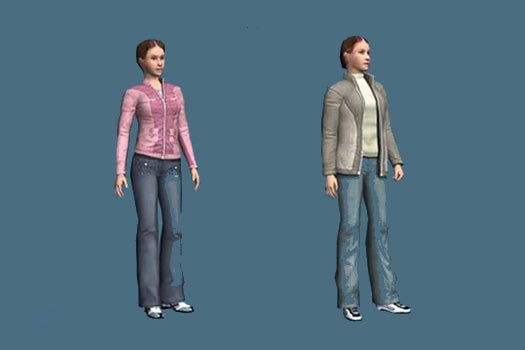 Nope, there’s more to it. Women who were using the sexy avatars were significantly more accepting of rape myths, according to a post-experiment questionnaire, than the women in the “normal” condition. Rape myths include attitudes that suggest women do something to “deserve” rape, like dressing in a certain way or drinking or being promiscuous. The condition that garnered the most acceptance of rape myths? The one where the woman’s sexy avatar had her own face on it. Augh.

How the researchers explain the phenomenon:

These avatars actually seem pretty tame, too. Look at the female characters in Mortal Kombat! Basically entirely boobs and bathing suits. Or the latest Grand Theft Auto, where you can’t actually play as a woman, but you can ogle at plenty of strippers.

On the bright side, if virtual avatars can affect us this deeply, maybe they could be used for the powers of good, too. Positive body-image video games, anyone?

The full study’s in Computers in Human Behavior.