Last week in tech: It’s all fun and games until robots take over

It's been an interesting week here at Camp PopSci! Let's recap all the interesting tech stories you may have missed. 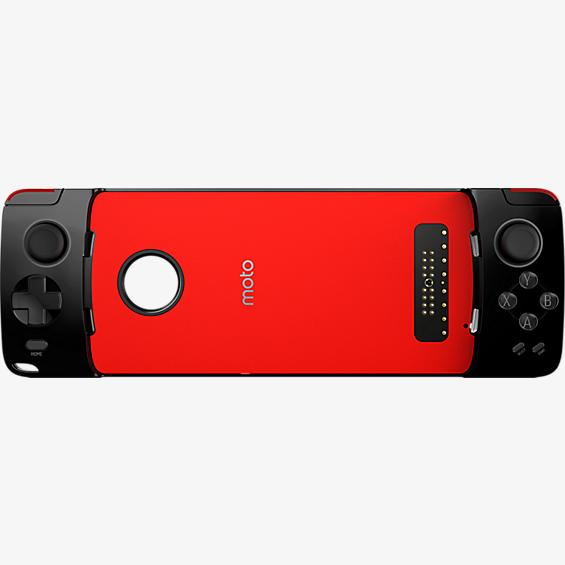 Good morning fellow campers! It’s another beautiful Monday here at Camp PopSci as we once again transition from warm sunshine to the familiar glow of our computer screens. Last week wasn’t big on hardware announcements—that’s expected in these warm summer months—but there’s still plenty of interesting stuff to check out before heading off to the arts and crafts tent to make an ashtray or macaroni necklace. See you all in the mess hall for lunch!

Last week’s camp champion was camper OpenAI, an artificial intelligence bot backed by Elon Musk. The robotic gamer was able to beat some of the best players in the world at the super-popular and wildly complex video game, Dota 2. The conditions for the robotic victory still have to be pretty specific—it can only play as and against a specific character—but the learning capabilities seem very impressive. Elon showed some team spirit via Twitter about the victory.

Summer romances come to an end—hopefully with a touching musical number—and now Netflix and Disney are officially looking to break up. Disney’s plan will tentatively remove all its content from Netflix and start its own streaming properties by 2019. There are reportedly still talks to keep Marvel content on Netflix, but the future is unclear at the moment.

The Internet Archive now plays host to more than 50,000 digitized recordings from 78 rpm records and even cylinders from the Archive of Contemporary Music. The music isn’t tidied up or remastered, so the recordings have audio evidence of the physical imperfections on the original media. It may not be to your taste, but at least it’ll give you a break from hearing “Despacito” on loop.

The sound of silence

Every single time I plug my phone into my car’s USB port, it plays “Abracadabra Holmes” by Daggermouth at a volume that’s somehow always too loud. It’s not a song I particularly love, but it’s impossible to stop it from autoplaying, or at least it was until now. A former Buzzfeed employee released a song called “A a a a a Very Good Song,” which is actually roughly 10 minutes of silence. Buy it, and it will become the first song in your iTunes library when listed alphabetically, so it will auto play, granting you enough time to pick a song you actually want or turn off the sound completely.

On the surface, Instagram seems like a pretty happy place, especially during the summer when it’s saturated with beach pictures and evidence of other fair-weather adventures, but it’s not always so bright and sunny. Researchers from Harvard and the University of Vermont looked at roughly 43,000 photos posted by a group of 166 users, nearly half of which suffered from depression. AI analyzed the images for trends and found a few interesting commonalities, like that the depressed users applied fewer filters and showed a preference for Inkwell, which makes the photos black and white. You can read the study here.

The Wi-Fi here at Camp PopSci is blazing fast as always! But, how fast is it compared to the rest of the world? SpeedTest.com has started ranking broadband speeds around the world in its Global Index. Right now, Norway is winning in the Mobile data race with 52.59 Mbps, while Singapore is far out in the lead for fixed broadband, with an average speed of 154.38 Mbps.

If your summer craft project was to create an indie video game, Microsoft may soon offer you a chance to share it with the world using the now-official Xbox Live Creators Program. Microsoft hopes the program will foster the creative spirit for indie and amateur game makers looking to share their creations with a wider audience. The games don’t get things like achievements or access to the Gamer Score, but there’s also no need for concept approval, so you can expect things to get mighty weird in the selections.

Motorola is finally rolling out its Moto Gamepad Moto Mod for its modular smartphones. It’s a full-on gaming controller setup with analog sticks, a D-pad, four game buttons, and a couple mode buttons to round it out. This isn’t the first time we’ve seen a controller like this for a phone, but this is the kind of thing for which the Modo Mod system was created. It will cost $80.

Facebook wants you to watch video on its platform, and now it’s rolling out a new way to do it. The new site section called Watch is designed to facilitate watching longer and more serialized content like shows. Watch has already started rolling out to some users and represents an area in which Facebook expects to see considerable growth down the road.

The best way to listen to music in the summer is to crank the classic rock station on an old AM/FM radio, but the latest $40,000 speakers from Bang & Olufsen would be just fine, too. The BeoLab 50 speakers have oak grills and machined aluminum frames, as well as a tweeter that automatically raises up from the top of the speaker. Classy.

Mazda’s new Spark Controlled Compression Ignition engine is a regular gasoline engine that operates more like a diesel in that it doesn’t require a spark plug. The engine is called the SkyActiv-X and will make its debut in 2019.

Last but not least, we have Vertu. The infamously extravagant British phone company officially entered its death spiral last month and is now selling off some of its flashy phones. They’re still expensive, but they’re also a wonderful little piece of tech ephemera that served to generate many page views for tech blogs. It’s sad to see the company go, but not quite sad enough to buy one of the $1,000+ phones as a memento.