It’s not your imagination, we really are getting more blizzards 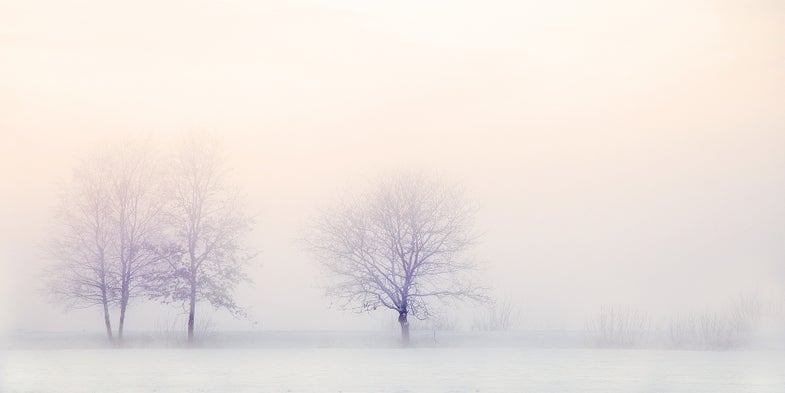 We’ve all spent the last several weeks reading nonstop nor’easter news, as three major winter storms bombarded the East with wet snow and power outages. It turns out that having three storms so close together isn’t that unusual—it happened just a few years ago—but we are having more storms these days.

If you were around in 1959, you experienced an average of 5.9 blizzards annually. Well, not you personally, because blizzards don’t always affect the same area. But across the U.S. there were about six every year. That number rose to 21.6 in 2014 following a long, fairly steady rise over the decades, according to a study from last year. Those same meteorologists predict we’ll get up to 32 blizzards per year by 2050, assuming this trend continues.

Most blizzards, as you’d expect, happen from December to February—that’s meteorological winter, and peak snow season. But when they happen outside that timeframe, it’s actually more common to get them in spring than in the fall. Even though it can seem weird for us to get snowstorms in March, these late-season blizzards happen twice as often as early-season ones. The U.S. usually gets about three storms from March to May, making us exactly average right now.

What’s more, many parts of the country regularly get a significant fraction of their annual snowfall after March 1. New York and Chicago get 18 percent of their total seasonal snow after that point, and Minneapolis gets a quarter.

If you want to up your chances of seeing plenty of snow, you should move to North Dakota or northwestern Minnesota. Counties there have around a 2-in-3 chance of getting a blizzard each year, and some parts of North Dakota have a 3-in-4 chance. This might seem a bit counter to what you hear on the news (assuming you don’t live in those counties). We hear a lot about nor’easters and snow in Boston, but the author of the blizzard study told The Weather Channel this doesn’t reflect reality: “Although the Northeast receives much media attention regarding blizzard activity, the largest and most consistent area of higher annual blizzard activity occurs in the northern Great Plains.”

That study didn’t look at exactly why blizzards are becoming more common—that’s fodder for future research. But we are starting to gather ideas on why winter storms are piling up.

Even though a toastier climate would seem to run counter to having more snow, right now it seems like a warmer arctic could be driving more storms down into the U.S. Or the jet stream could just be shifting, unrelated to rising temperatures up north. Meteorologists aren’t totally sure what exactly is causing this change—the way weather relates to the climate is so complicated, it’s one of the few things we use the world’s largest supercomputers for—but they’re increasingly confident that global warming is to blame at some level.

So it won’t surprise you at this point to learn that some of us may be in for yet more snow next week. Meteorologist Jonathan Erdman says it’s still too early to tell for sure, but long-range forecasts are pointing toward a fourth nor’easter.

Probably not the best time to point this out, but there is some long-range guidance suggesting potentially #noreaster number four about a week from now. Stay tuned. pic.twitter.com/qgmi6YSUeT

Others got more specific:

A snowstorm a week from today? Maybe. European model has about a 25% chance of 3" of snow. pic.twitter.com/ylLKrFlkLh

We’ll keep an eye on that as it develops. Weather-people have been wrong before and they’ll be wrong again, but we’ll cut them some slack. Our climate is about the most complicated, chaotic thing we’ve ever tried to understand—we should be celebrating every time they get it right.