Don't tell us you've never thought about it. 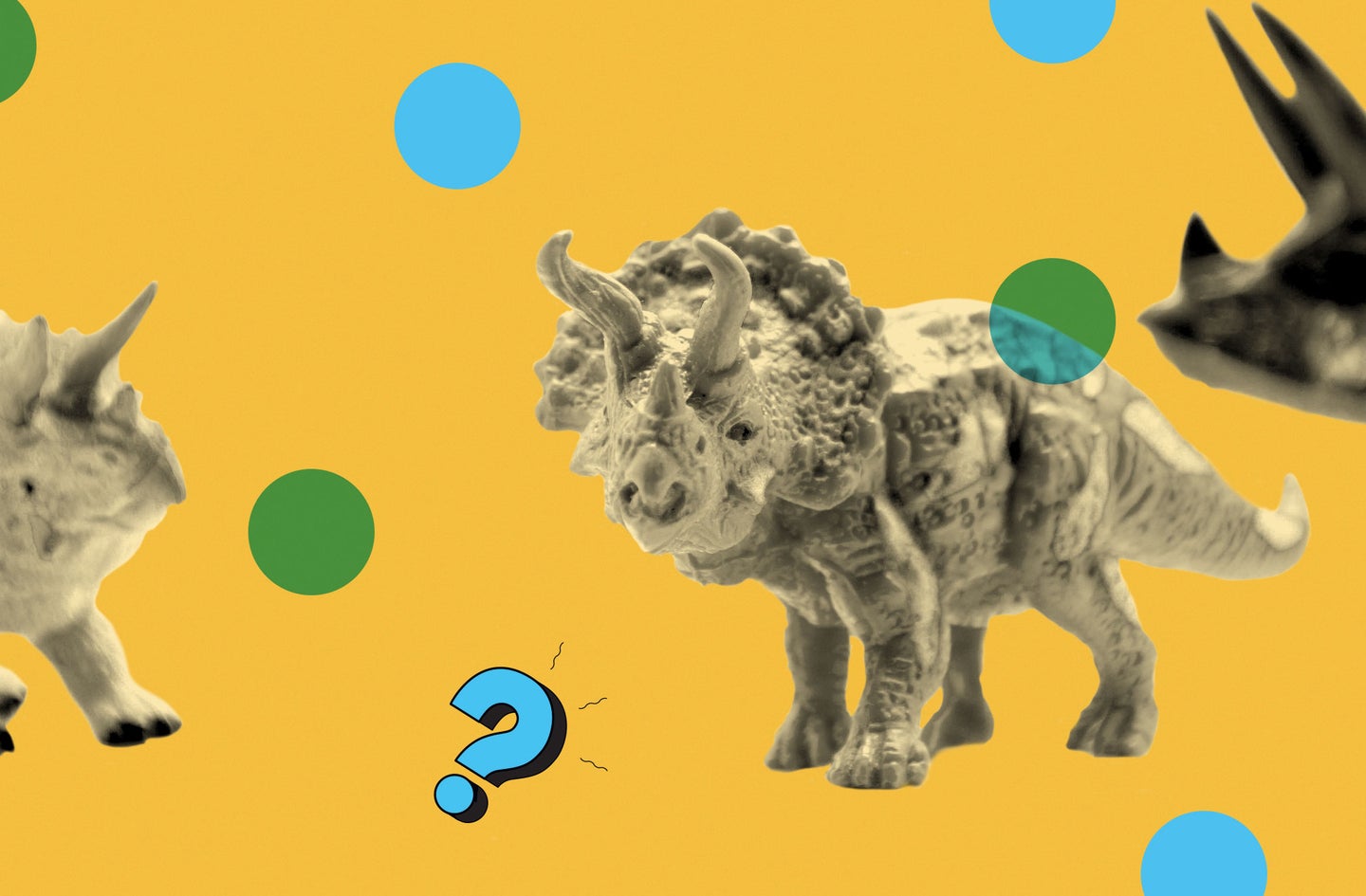 Unless someone finds well-preserved dinosaur DNA and decides to breed, say, free-range Velociraptors in an agricultural twist on the standard Jurassic Park scenario, we’re probably not ever going to taste the flesh of the roughly 700 species of extinct dinos. But we can hypothesize, and the answer is a lot more complicated than “dinosaurs probably tasted like chicken.”

Let’s get one thing out of the way first: If you’ve eaten any type of bird, you’ve eaten dinosaur. Modern birds are the last living therapods—the same group of animals that includes Tyrannosaurus rex and Velociraptor—so they’re not simply “descended from” dinosaurs, they are dinosaurs.

“In evolutionary biology terms, there is an extant phylogenetic bracket of chicken-tasting animals—crocs and birds—surrounding the dinosaurs on the family tree, making it reasonable that the dinosaurs had a chicken taste too,” says Steve Brusatte, a paleontologist and professor at the University of Edinburgh.

But it’s not that simple. Every bird has a unique taste. If you’ve eaten duck in the US, it was probably the American Pekin, a domesticated mallard with a mild, somewhat gamey taste. Merganser, another type of duck, is quite fishy and some people find it unpalatable. Extinct dinosaurs likely had similarly varied flavor profiles.

There are also countless factors that go into making something taste the way it does, but two of the most important are muscle usage and diet.

Smaller predatory dinosaurs probably had to move quickly to ambush prey and dart away from threats, so they might’ve had a fair amount of white meat. Velociraptor may have truly tasted like chicken. Larger dinos, on the other hand, likely had large muscles that were constantly moving and needed a lot of oxygen, so they might’ve more closely resembled beef or venison.

Animals can also take on the flavor of things they eat. Grass-fed beef can be a bit more earthy than corn-fed cattle, for example. Dinosaurs, however, probably didn’t eat much grass, as it didn’t evolve until the very end of their 165 million-year reign. Therapods had a varied diet, while herbivores chowed down on ferns, cycads, and conifers, to name some ancient plants that are still around today.

Today, deer eat a similar diet, so some dinosaurs could’ve tasted like venison. They also may have been gag-inducing—the spruce grouse, a chicken-like bird, spends its winters munching almost exclusively on conifer needles. If you eat one at that time, it can taste heavily of spruce, almost like turpentine, says Hank Shaw, a chef and outdoorsman who specializes in wild foods.

Ultimately, there’s no definitive answer for what extinct dinosaurs might’ve tasted like, but we can let our imaginations run wild. And if someone ever does acquire the ability to bring dinosaurs back from extinction, we’d do well to remember that the Jurassic Park movies don’t end with people eating their creations—more often, it’s the other way around.