Before Tyrannosaurus rex rose to the top of the food chain, Siats meekerorum ruled the dinosaur kingdom. 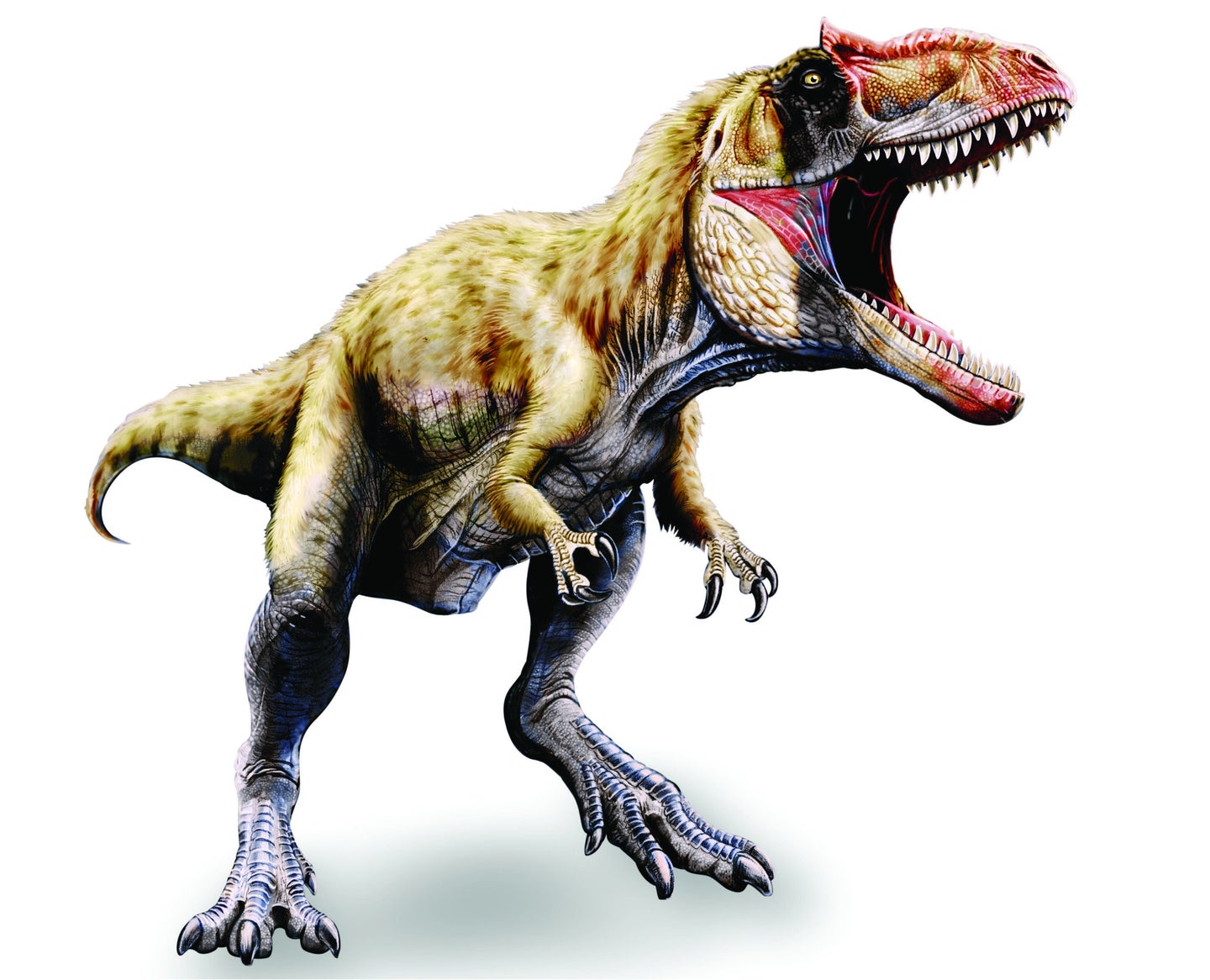 In the age of dinosaurs, a succession of mega carnivores lorded over the landmass that is now North America. First came the 30-foot-long Allosaurus, 145 million years ago. Sixty million years later, the 40-foot-long T. rex reigned supreme. But scientists didn’t know what, or who, prevented T. rex from taking the throne during the intervening period. That is, until paleontologists from the Field Museum and North Carolina State University, on a dig in Utah, unearthed bones from the leg, tail, and spine of an all-new species. The researchers dubbed the dino Siats meekerorum after a man-eating monster in local Ute legend. The beast would have rivaled T. rex in size and power had the two coexisted. But only after Siats went extinct could tyrannosaurs, then the size of white-tailed deer, evolve into fearsome T. rex and assume the role of apex predator.

The Chicken from Hell

Paleontologists from the University of Utah announced the discovery of this 11-foot-long dinosaur in March. The 500-pound raptor is the largest known oviraptorosaur—a group of dinos closely related to birds—found in North America. Anzu wyliei roamed the Dakotas with T. rex about 66 million years ago, just before dinosaur end-times.

In Portugal, paleontologists uncovered what may be Europe’s largest known terrestrial predator. Torvosaurus gurneyi ruled the continent during the Jurassic Period 150 million years ago. It weighed in at 2,200 pounds, and stretched 33 feet from snout to tail. Some of its blade-shaped teeth measured nearly four inches long.

Nanuqsaurus hoglundi, a new tyrannosaur recently found by Texas paleontologists, is believed to have lived some 70 million years ago in the region that’s now Alaska. The pygmy dinosaur, whose name translates to “polar bear lizard,” was only half the length of its domineering cousin, T. rex, and 1/15 its weight. 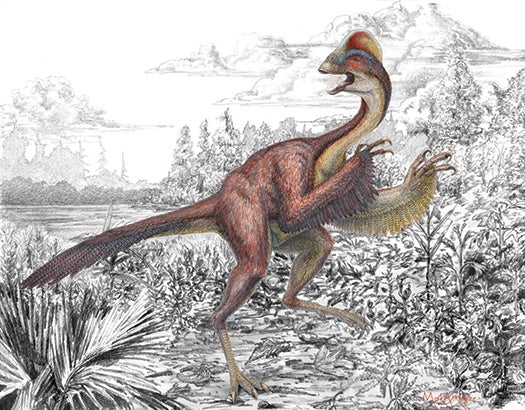 An artist’s rendition of the 500-pound “Chicken From Hell”