Your brain is likely reverse-engineering a reason 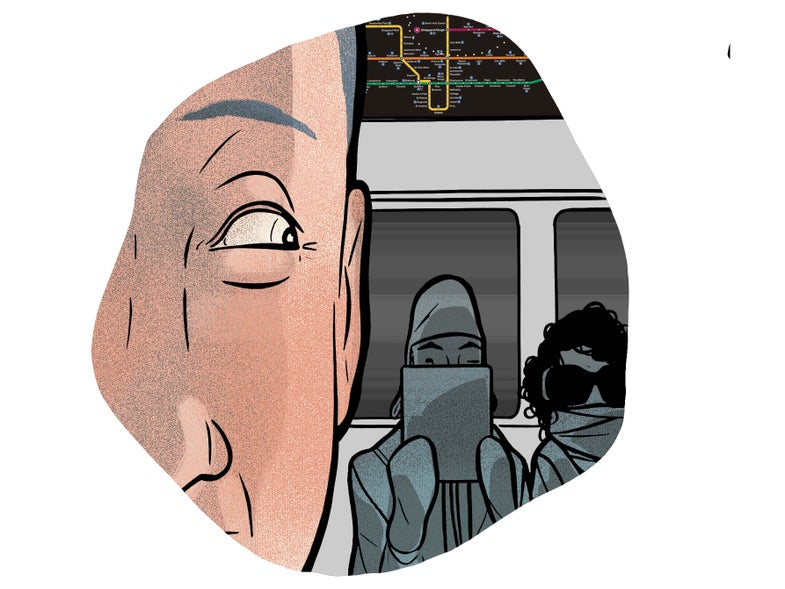 In 1898, a prominent Cornell psychologist named Edward Titchener used a few simple tests on his students to prove that the “feeling of being stared at” was a product of neurosis. He became convinced it was. But we’ve learned since there are likely more than just panicky feelings at play.

The “stared at” paranoia could arise from several factors, one of which is confirmation bias. You remember those moments you turned around and saw someone staring at you, but you’ll forget the times when this was not the case. Or someone might be watching—just not with the intention you think: A sudden movement could have triggered an unintended glance from a stranger.

And never discount the role of an overactive imagination. For instance, you might hear a sound behind you that’s too quiet to enter consciousness but loud enough to activate the fear circuits in the amygdala—the brain region primarily responsible for memory processing, decision-making, and emotional reactions. Then your brain constructs a story to explain it.

“For some people the feeling itself is so compelling that they have to explain it as something real,” says University of Waterloo psychology professor emeritus James Allan Cheyne.

This same mechanism could be at work, on overdrive, in the minds of diagnosed paranoids, who experience delusions, hallucinations, and disruptions of typical emotions and thoughts. “Most pathologies are extreme conditions,” Cheyne says. “They tend to be exaggerated forms of something that we experience all the time.”