When I was a kid, the only animal I wanted for a pet was a dinosaur. Seeing as non-avian dinosaurs... 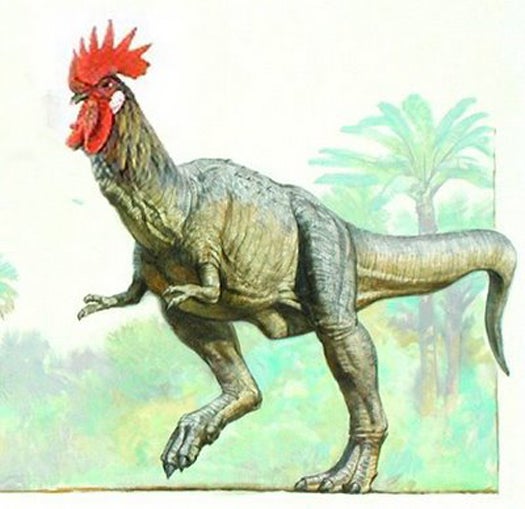 The experimentation has gotten out of hand. Somebody call the Colonel, only he can save us now. via James Gurney
SHARE

When I was a kid, the only animal I wanted for a pet was a dinosaur. Seeing as non-avian dinosaurs had been extinct for around 65 million years, I settled for an iguana. However, new research at McGill University in Canada may finally bring me that pet dino I’ve been waiting 20 years for.

In an effort to meet the challenge posed by the book How To Build A Dinosaur, Hans Larsson, the Canada Research Chair in Macroevolution at Montreal’s McGill University, has claimed he will attempt to reverse-engineer a dinosaur from a chicken by altering chicken genes known to have evolved since the Cretaceous.

Larsson usually works as a traditional paleontologist, digging up fossils and studying the macroevolution of vertebrate limb bones. This will be his first genetic engineering project. But despite that lack of experience, he has already secured funding from the Natural Sciences and Engineering Research Council of Canada, the Canada Research Chairs program, and the National Geographic Society.

Needless to say, there are many problems with the very concept of making a dinosaur out of a chicken. For one, dinosaurs, as a group, are defined by only a few characteristics: a hole in their hip socket, some limb bone flanges, and other minor anatomical features. Changing chicken DNA won’t produce those traits, because chickens already have them. A chicken, like all birds, is already a dinosaur. Getting rid of its feathers or giving it teeth won’t make it more of a dinosaur than it already is.

But hey, if Larsson wants to engineer school-bus-sized, featherless chickens with teeth, more power to him. And I call the drumstick.