Three PopSci editors share the freakiest facts they could find. 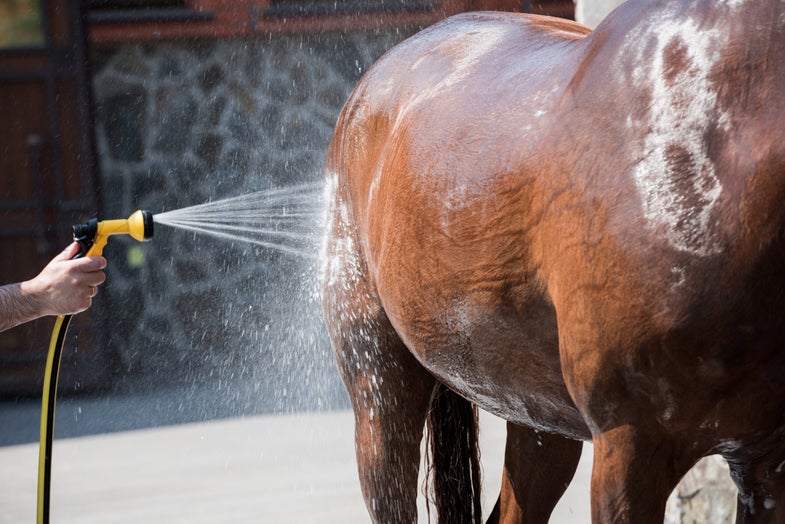 What’s the weirdest thing you learned this week? Well, whatever it is, we promise you’d have an even weirder answer if you’d listened to PopSci’s newest podcast. The Weirdest Thing I Learned This Week will issue new episodes to iTunes, Soundcloud, Stitcher, and PocketCasts every Wednesday, and it’s your new favorite source for the weirdest science-adjacent facts, figures, and Wikipedia spirals the editors of Popular Science can muster.

Check out our inaugural episode here below, and keep scrolling for more info about the facts contained therein.

I unearthed this fact while researching a story about how humans might have hunted giant sloths. These beings were eight feet tall, had thick hides, and despite being on the slow side would have been quite hard to kill.

The actual study was pretty straightforward: Archaeologists found human footprints embedded within sloth tracks, and it seemed like the sloths were taking evasive action whenever there were humans tracking them (isolated sloth prints go in a roughly straight line, whereas those with human tracks on top show signs of sharp turns).

To spice up my stories, I try to find tangential facts, so of course I started researching giant sloths on Wikipedia. You always have to make sure those facts are true, but it can be a great starting point—it’s crowdsourced, so people often add these incredible bits of information that you might not find in a standard academic paper. That’s where I read that there’s a giant sloth species named for Thomas Jefferson, and as soon as I started researching I found enough amazing material to write a whole separate post. None of that made it into the final story, but it made for the perfect Weirdest Thing I Learned This Week!

If you want to read on, here’s some more information about the actual sloth, why Jefferson even cared about paleontology in the first place, and why he hoped Lewis and Clark would find gigantic creatures when they journeyed out West. You can even read the original letter that Jefferson wrote to the American Philosophical Society about the sloth bones, in which he mistakes them for a giant cat’s skeleton.

Fact: Butts are so spicy

Honestly, where do I begin? This week’s facts started with the creation of the Scoville Heat Unit scale (which we use to rank pepper hotness) and ended with the 18th century equivalent of Urban Dictionary. The main takeaways:

Chili peppers taste spicy because they excite the same pain receptors that evolved to protect us from exposure to heat. And yes, those receptors are also in your anus. You need them on every mucus membrane! Do you want to accidentally get fire up your butt? I don’t think so. But it’s unfortunate for us that plants have evolved to take advantage of this necessary pain receptor. And it’s unfortunate for those plants that, in spite of their ingenious method for appearing unappetizing to our sensitive palates, humans keep popping peppers anyway.

No one has a single, definite answer for why humans keep eating painful peppers like a bunch of fools, but one of my favorite notions is the concept of “benign masochism.” We might seek out things that feel dangerous even though they aren’t in order to enjoy the thrill of overcoming adversity—or perhaps to help prepare us for truly dangerous situations in the future.

We wouldn’t have our scale for ranking chili peppers if grad students hadn’t been forced to drink sugar water spiked with capsaicin, the chemical that gives peppers their heat. Capsaicin isn’t the only spicy chemical! Gingerol gives ginger its pungency. People used to put ginger oil in horse butts to make them act livelier. According to Wikipedia, live eels were often used to this terrible end.

But wait! We tracked down Wikipedia’s source. It’s A Classical Dictionary of the Vulgar Tongue, published by Francis Grose in 1785 (and again in 1788). He also defines such phrases as “ars musica” (which means “a bum fiddle,” leaving me with nothing but questions). I do not doubt that this book existed and said what Wikipedia claims it said, but I want to believe that Francis Grose made up the bit about putting live eels in horse butts. Surely it was just a bawdy flam he heard from some hicksius doxius or pickthank!

Fact: Eleanor Roosevelt put her baby in a cage

The weirdest thing I learned last week? There were a few brief decades around the turn of the 20th century where baby cages were all the rage in the United States. Based on a pediatrician’s recommendation that parents “air” their infants, city slickers starved for space crafted chicken wire and other materials into cages, anchored them to their apartment windows, and placed their naked babies out for a good, ol’ fashioned, healthy breeze. For more on baby cages, listen to our podcast, or check out this photo-loaded story from Mashable, or this roundup of the worst inventions ever from Time. (Baby cages makes it in the top 20).

If you enjoyed the podcast, leave us a review on iTunes. See you next week, weirdos!