You don’t have to delete Facebook, but you could definitely be using it better 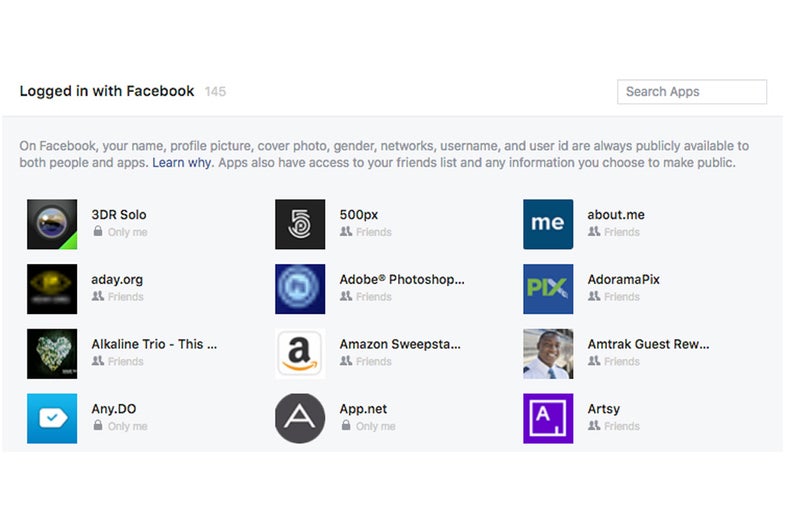 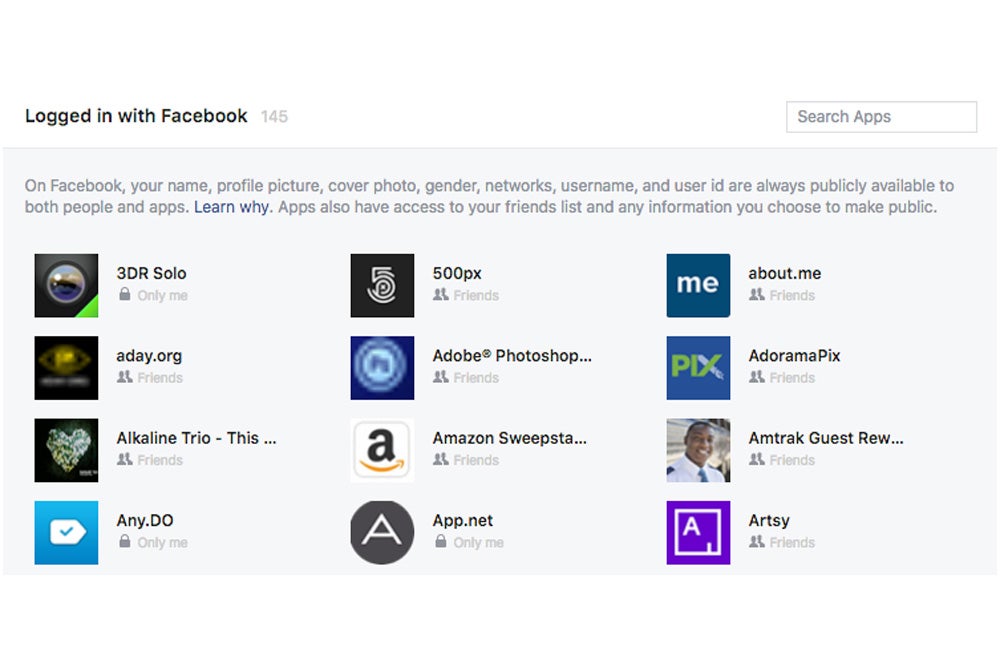 There are probably too many third-party apps accessing your Facebook data.

When I first wrote this post earlier this year, Facebook was dealing with the fallout of the Cambridge Analytica scandal, which was the company’s largest privacy-related issue to date. A flawed platform app system allowed the wrong people to gather information about tens of millions of Facebook users over the course of several years. Users were outraged and a #deletefacebook hashtag popped up.

Since then, Facebook has endured a litany of scandals regarding privacy. Photos were exposed to people who shouldn’t have been able to see them, and leaked documents reportedly showed that Facebook was leveraging user data with other large companies to generate revenue. Mark Zuckerberg testified in front of Congress and Facebook as a company lost considerable sums of value from a combination of factors. It was a bad year for privacy on Facebook.

And while you can find plenty of perfectly reasonable justifications for deleting your Facebook account, it’s not without its costs. Some users rely on it for communities, business, or just to stay in touch with friends with whom they may not otherwise interact.

If you’re looking to break up with Facebook, or at least use it in a safer, more productive way, you have options. And if you just want to delete your account, well you can totally do that, too. Here’s how. 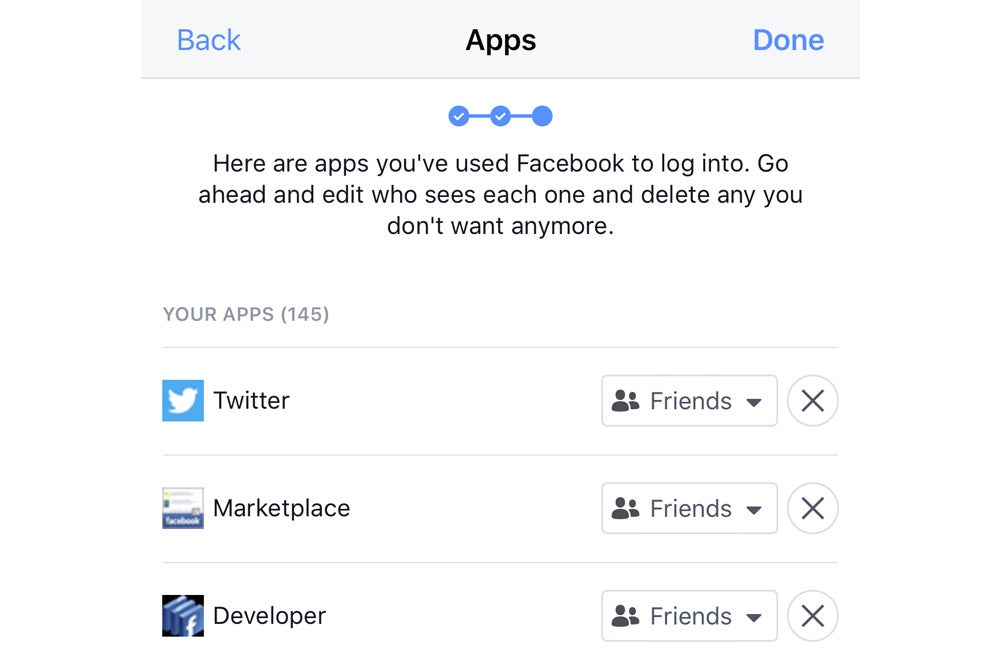 You can manage the access these apps have to your stuff from a computer or through the Facbeook smartphone app.

It sure is fun to see what your face might look like when you’re older. And of course, I want to share the score of that Facebook IQ test I took that said I’m a genius. The problem, however, is that most of these fun little features come third-party developers as “apps,” and they pose some of the biggest security risks you can find on Facebook.

The recent issue, for instance, only happened because fewer than 200,000 people signed up for a Facebook app called thisisyourdigitallife. That app then captured information about users and their friends and funneled it back to an agency that used that data to create psychographic profiles based on things like their locations and thinks they liked while using the app.

To see what apps are hooked into your Facebook account, go to settings and click on the “Apps” link in the left menu. You will get a big list. It’s probably a bigger list than you might expect, with stuff on there you don’t even remember agreeing to install. If something on there isn’t essential, you’re best to get rid of it, unless you don’t know what it is, in which case you should Google it first.

You can dive into the App Settings menu by clicking here, and that will give the opportunity to tweak what information each app can access. Many of them ask for basic info, but some of them can see a lot more than you might expect, including activity from your friends, which is how the current campaign scandal took shape.

Keeping a messy house when it comes to Facebook App security also puts the rest of your connections at risk of having their information scraped into the dishonest parts of the internet. 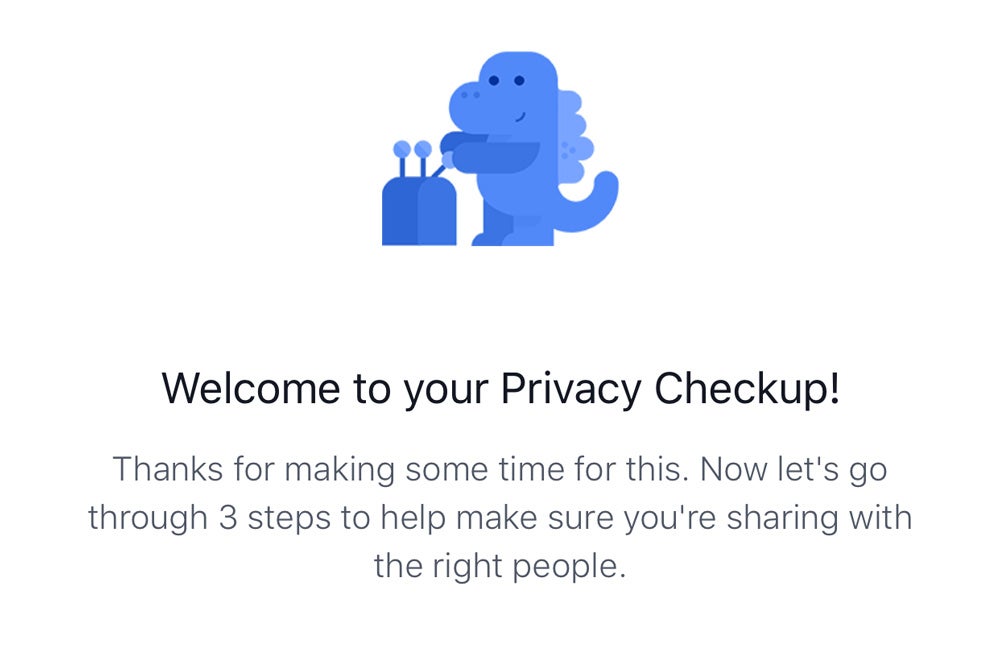 This guided tool in the Facebook app is a good way for people who aren’t very tech savvy to get an overview of their privacy settings. Unfortunately, it’s buried at the bottom of the menus.

Facebook has a built-in Privacy Checkup feature in which a small, cartoon dinosaur guides you through menus regarding who can see what you post. It’s a handy place to get started because it covers both first-party functions (deciding who can see your birthday and phone number) as well as what kind of access your integrated apps enjoy. It only takes a minute and it’s a handy thing to show to a parent or another person who many not be tech savvy, but wants to keep some things private on social media.

The Facebook app is a relatively far-reaching piece of software when it comes to tracking what you do in the web and in the real world. You can eschew some of that tracking if you nuke the app from your phone completely. That doesn’t mean you can’t look at the service on your mobile device, but rather that you’ll have to log in through a mobile browser and use it that way. it’s not as convenient, but that may help you use it less, which is likely a net positive for your internet habits anyway.

Get better at signing in

Two-factor authentication is annoying-but-essential. With it, you have to enter a code you receive via text every time you sign in from a new machine, a feature you’re already probably using for things like your bank account and your email. This helps prevent people from accessing your account, even if they have your password. You can turn this on by going to “Settings” on your Facebook account, then clicking on the “Security and Login” link. You’ll see an entry for two-factor authentication, which you should enable.

You can also set up alerts that will tell you when someone tries to log in from an unrecognized machine. It’s in the same “Security and Login” menu with the title, “Get alerts about unrecognized logins.”

It’s also a bad idea to sign into your Facebook account on a strange computer in general. This was more of an issue when most people didn’t have access to the app on their phone, but the number of Friendster and Myspace accounts I saw still logged into computers at Circuit City suggest it hasn’t always been common knowledge that public computers are sketchy when it comes to safety. 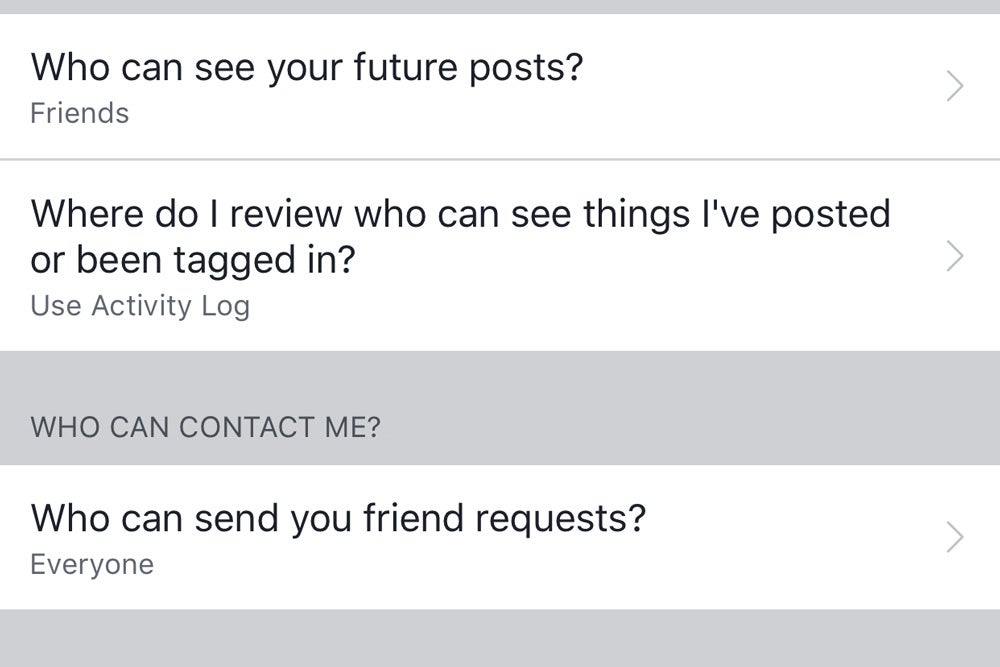 Your phone doesn’t get malware or viruses in the same way a computer will, but that doesn’t necessarily mean that a smartphone app is any better at protecting your data than using Facebook in a browser. You can access almost all of the same security settings through the app itself to do things like turning off app access, and enabling two-factor.

Understand who can see the stuff you’re sharing

You probably know that you have some control over who sees the things you share via Facebook, but there are other things about your account that may be out there without your explicit knowledge. For instance, you can set your friends list to public, which means any random person can see the list of people with whom you’ve connected.

Facebook also applies its facial recognition software to photos as they’re uploaded, so it can recommend people tag you in photos, even if someone else uploads them. You can turn this off in the app with the “Privacy Shortcuts” menu under “More Settings,” and then “Who sees tag suggestions when photos that look like you are uploaded?” You may not see this option, because not all accounts have it.

Get better at deleting your posts

Facebook’s ability to serve up memories from your past can be great when it shows you things like baby pictures or vacation videos. However, leaving a detailed record of your history, including photos tagged with your locations and comments made from a mindset you no longer espouse can come back to haunt you. You can nix a single post by clicking on the arrow in the top right corner and selecting “Delete from Page.”

Veteran tech reporter John Biggs from TechCrunch wrote a script that goes back through his account and deletes old content, so he can still enjoy the semi-realtime interactions on the platform without leaving all those personal breadcrumbs laying around.

If after all that, you’re still sure you want off of the big, blue bandwagon, the first step is typically deactivation, which makes you invisible from Facebook search from both the public and your friends, but the company saves your account so you can reactivate it later. With this option, you’re still very much on the Facebook grid, but you’re not active, even though some of your content—like sent messages and conversations—will stick around.

Deleting your account requires more commitment, and it’s not a cut-and-dry process.

You can select to delete your account by going to this page. Once you make the request, you’ll actually have to wait a few days, and if you log in during that time period, the process stops. There’s no getting your account back, but some things about it may remain on Facebook servers, even though it’s no longer associated with your personal information.

If you’re going to go this route and you want to download all of your content before it goes off into the internet aether, you can go into the General Account Settings menu and click “download a copy of your Facebook data.” This includes all of your pictures and updates, so it could be gigabytes worth of data depending on how and how long you have used the service.