The weirdest things we learned this week: skin-peeling soup, secret drug toilets, and a chlorinated ocean 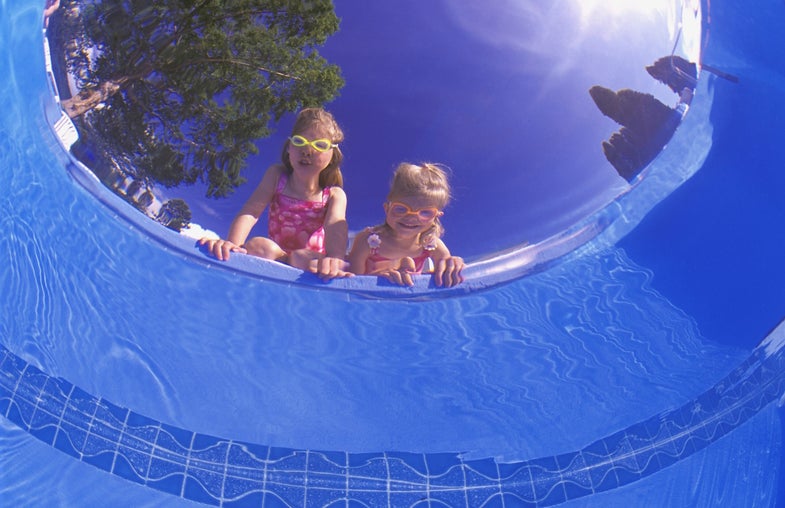 The Chlorine Five don't really live on in infamy, but they should. DepositPhotos
SHARE

And if you’re in the NYC area, you can come join us for an extra-weird live show on September 14. More details coming soon, so keep an eye on our Facebook group!

Fact: Stew from a polar bear liver will kill you in a most gruesome way

When early Arctic explorers managed to kill a polar bear and cook up its organs, they were in for a nasty surprise. After the meal, several of the crew grew sick, unable to sleep, suffering from pounding headaches and sick to their stomachs. The next day, the skin of several men started to peel off their body, first in patches, then from head to foot. The men died with their flesh exposed to the frigid air.

When medical researchers got their hands on a polar bear from an expedition to Greenland in the 1940s, they found the bear’s liver was bursting with Vitamin A, nearly 60 times higher than the amount found in a human. We all need a certain amount of Vitamin A to keep our bodies healthy, but our systems can only handle so much. Too much of the vitamin over months or years would damage our livers and increase the pressure on our brains. A massive overload all at once would swiftly kill us—but not before making all of our skin peel off.

Fact: Our obsession with chlorinated water bubbled over in 1989

True crime stories are everywhere, from hit podcasts like Criminal and Serial to must-watch Netflix series like Making a Murderer. And yet, every single one of these series has overlooked the Chlorine Five. Until now.

The story goes like this: In Wildwood Crest, New Jersey in 1989, there was an outbreak of fecal coliform bacteria. The public health authority closed down several beaches, because swimming in poop, at least in high enough concentrations, is downright dangerous. But a group of local business owners weren’t having it. So according to the initial report from The New York Times, they lugged chlorine tablets to the beach and dumped about 100 gallons worth of chlorine into the Atlantic Ocean, before someone stopped them.

The chemical dump and subsequent court appearance made national news at the time. But the incident, which one chemical historian sees as a watershed moment in the “summer love affair between chlorine and swimming,” has largely been forgotten. As New York City ramps up a new project to chlorinate a contaminated waterway, it’s as good a time as ever to revisit the Chlorine Five, and the perils and promise of this popular chemical.

John F. Kennedy International Airport has a special toilet sequestered away from prying eyes. But no matter how many jet-lagged tourists are holding up the line of the public commode, you should be glad you’re not visiting the less-trafficked facilities. Because to get there, you have to show signs that you may be trafficking drugs—in your stomach.

Yes, JFK (and an unknown number of other airports and prisons) have toilets specially designed to fish packets of cocaine and heroine out of your poop.

“Everything they pass goes into … a hermetically sealed agitation unit with a viewing panel,”John Baker, managing director of Drugloo UK Ltd, told the CBC of his company’s “Drugbuggy Ranger” in 2016. “Water and detergent sprays come into the agitation area, basically blow away all the debris. So you’re left with whatever item you’re looking for which is all nice and clean and smells kind of pleasant.”

Once someone swallows or stuffs drugs into their person (you can learn everything—and I mean everything—you ever wanted to know about that process right here) waiting for the illicit substances to reemerge is a dangerous game. Hosts will generally do things like live on broth and take anti-diarrheal medication to keep things from passing too quickly, but that can mean days or weeks spent waiting at the other end. Even impatient law enforcement can’t speed things along with laxatives; any sudden bowl movement could cause packets to rupture, which would be very, very bad—most packets contain above-lethal doses, and a body can carry hundreds.

In most cases, suspects spend a couple weeks doing their business (either in special toilets or in bedpans for unlucky individuals to sort through manually) before x-rays confirm their entire haul is safely excreted. Of course, there are outliers: one young man recently went 47 days in captivity without pooping, and refused medical treatment until officers released him. He was later brought back in on related charges, but his keepers said they felt an ethical obligation to make sure he pooped first. Don’t try to follow his example: it is rare, but quite possible, to die from constipation-related conditions. Your bowel can perforate and lead to infections in the abdominal cavity, or the sheer pressure of your fecal buildup can put you into cardiac arrest.