Watch This Homemade Railgun Fire A Projectile Into A Cantaloupe 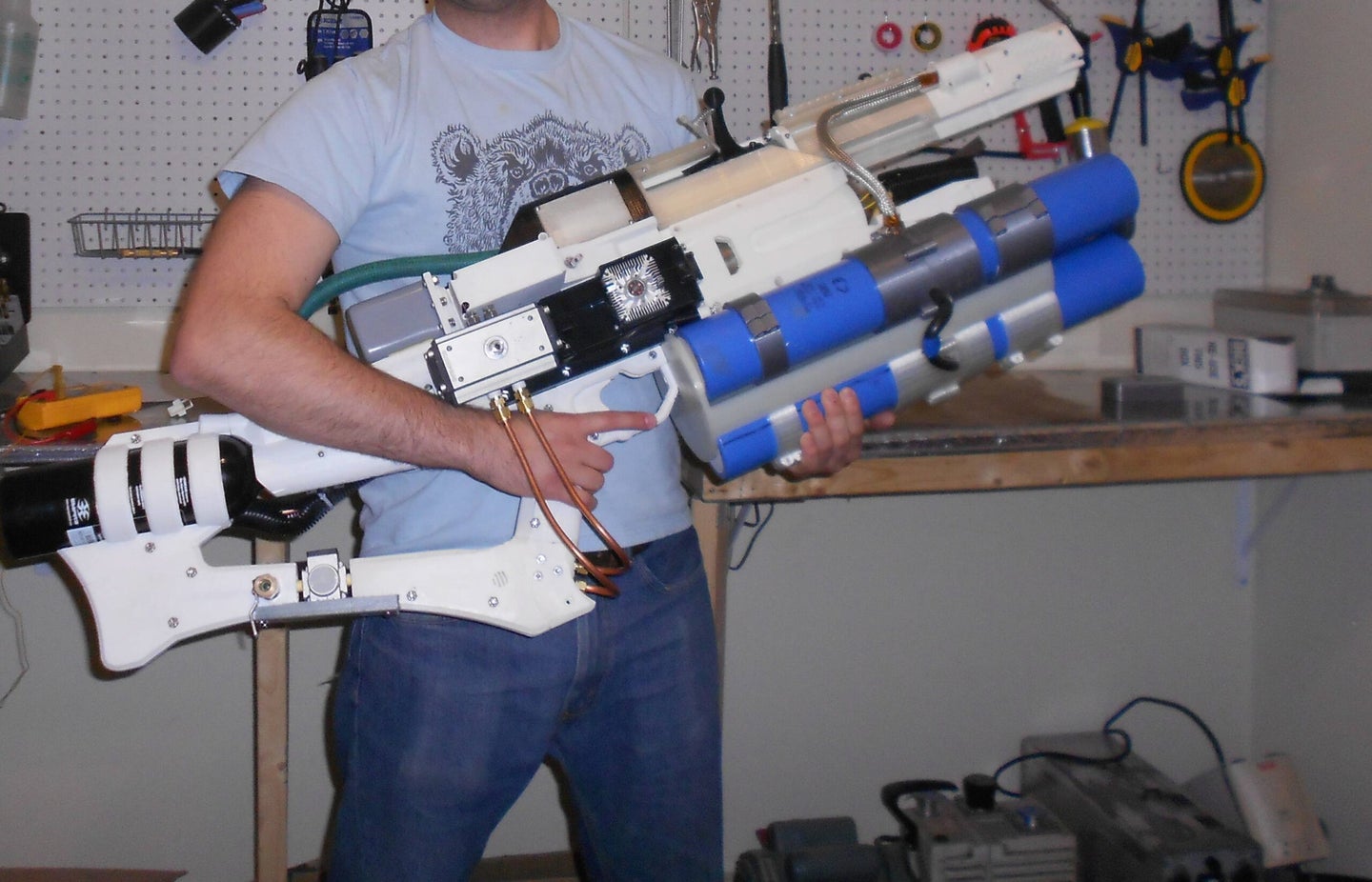 Railguns scream science fiction. Hobbyists love making these rifles, which use electromagnetic forces to rapidly accelerate a magnetic metal slug before hurling it into the air. This design, by YouTube user xtamared, is hardly the first homemade railgun, but it’s one of the biggest. Here, watch as it knocks a cantaloupe off a pedestal:

The railgun, dubbed the WXPR-1, fired that shot at around 950 joules. The contraption weighs about 20 pounds, and while it can hurl a slug into a melon, it had trouble making an impact on plywood, though the projectile itself appears to have shattered. The creator detailed his construction process on Imgur, and claims it fired a projectile at a top speed of 560 mph.

This is a homemade weapon, and anyone attempting to build such a device on their own should exercise extreme caution and follow best safety practices, including wearing goggles before firing.

Impressive as it is, don’t expect infantry of the future to carry railgun rifles. The U.S. Navy is currently developing large railguns, giving ship guns relative power and range they haven’t had since before World War I. Aircraft carriers are even replacing their steam catapults with similar-in-principle electromagnetic ones, which hurl planes into the air faster. The military potential for railguns is huge, but fortunately, a militarily useful railgun takes the kind of budget and research that only the Pentagon can undertake.

In the meantime, enjoy watching this railgun charge and fire a bolt into a cantaloupe below: