Even viewed as abstractions the data have a forceful impact. 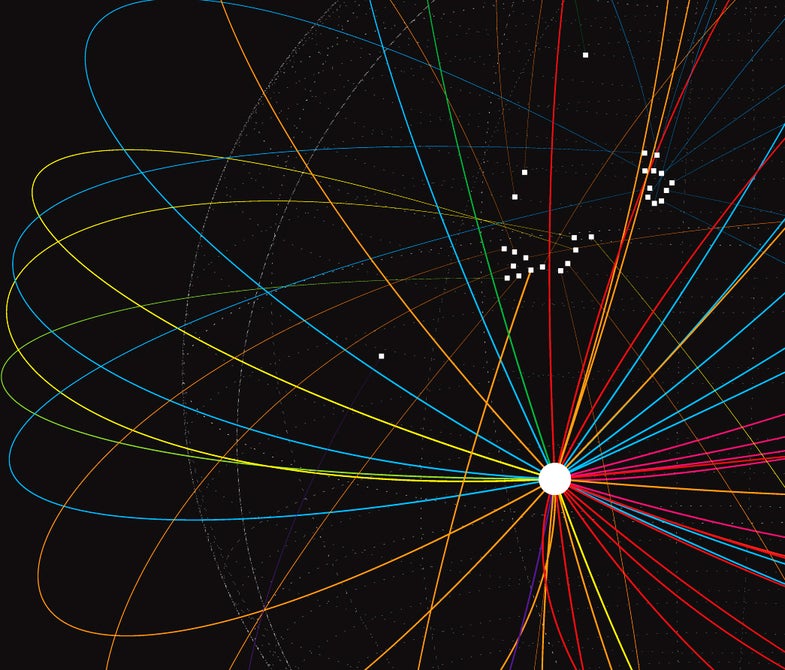 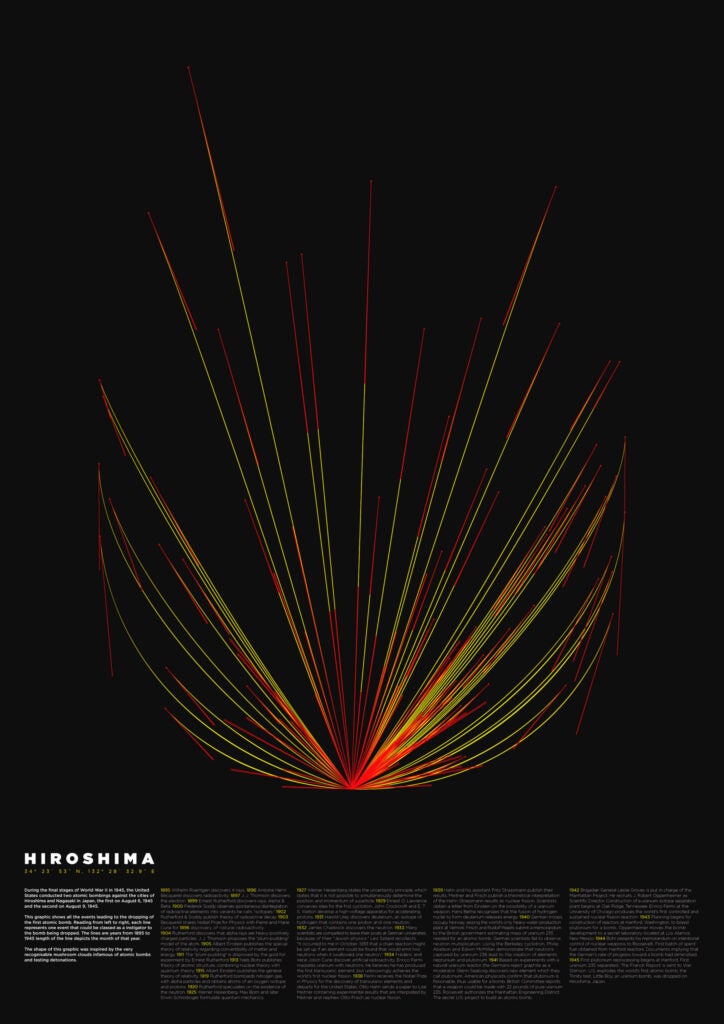 In the whole of human history thus far, nuclear weapons have been used in anger exactly twice. Sixty-eight years ago today an American B-29 bomber named Enola Gay dropped Little Boy, the first atomic bomb ever used in war, on the Japanese city of Hiroshima. Between 90,000 and 166,000 people were killed by the bomb, some in the initial blast and others later through radiation poisoning. The scale of devastation is hard to comprehend.

Mathew Lucas‘s Hiroshima infographics present the information abstractly. Lucas, a graphic designer based in Macclesfield, England, told Popular Science he “wanted the work to highlight not just the the dropping of the Atom Bomb but the factors leading up to the event, the event itself and the countries involved in the process.” The first, above, is a timeline of sorts. Dozens of lines–each representing a historical event leading up to the dropping of the first bomb, from Wilhelm Röntgen’s discovery of x-rays in 1895 to the first plutonium reprocessing in 1945–all shoot upwards from a single source. This very deliberately mirrors the rising smoke of a mushroom cloud. The second, below, features a line for every person killed by the blast, using the first-obtained casualty figures at respective distances from the blast. These rings also resemble the Enola Gay’s targeting reticle. 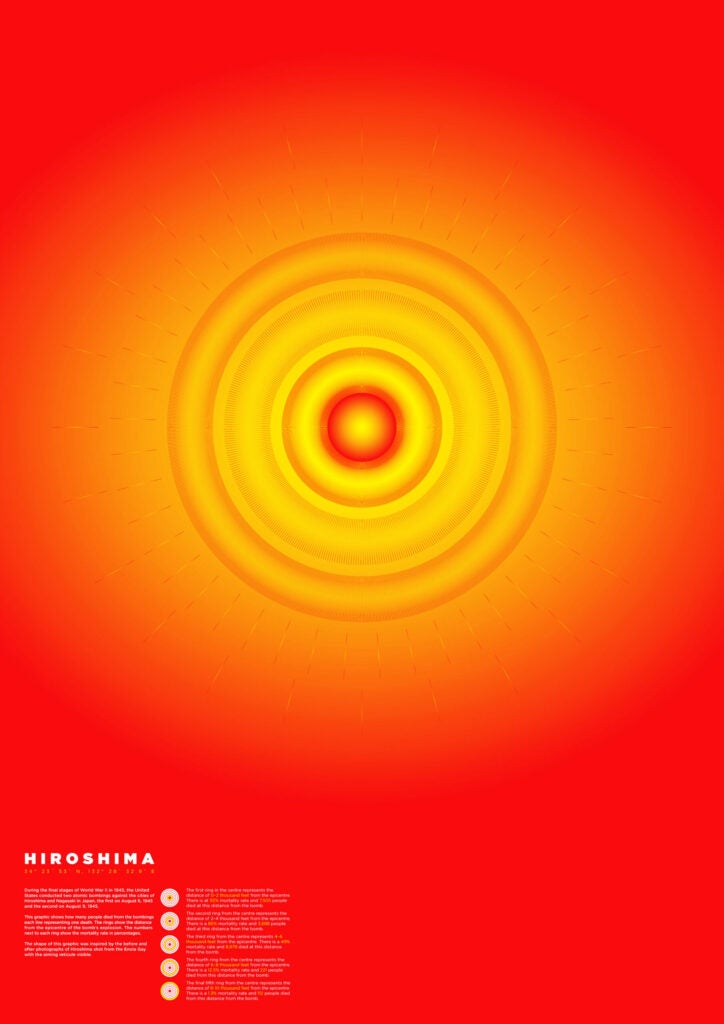 The final image covers the globe in lines from bomb development sites until they converge on Hiroshima. It’s designed to mirror the Uranium-235 atom, which was used in the bomb. 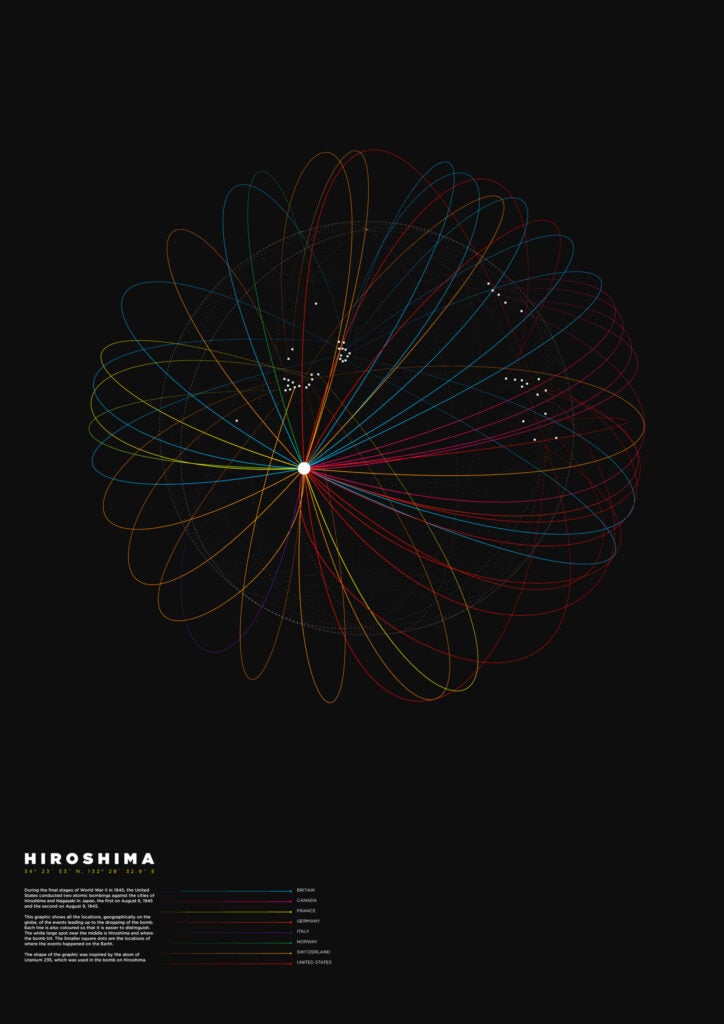