Which leaves us with the important question: Could an X-ray weapon actually work? 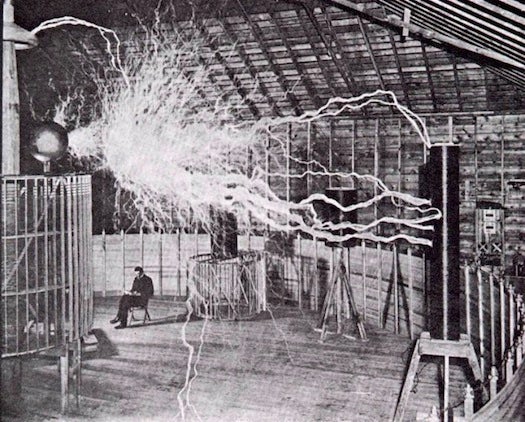 On Wednesday, the New York Times reported the curious case of Glendon Scott Crawford, a man with Ku Klux Klan connections who wanted to build an X-ray weapon to “help Israel kill its enemies while they slept.” It’s an act so unsubtle and cartoonishly evil that Hollywood execs would probably laugh the premise out of the room.

Crawford was arrested Tuesday, after a sting operation by FBI agents in which they provided Crawford and his co-conspirator, engineer Eric J. Feight, with an nonfunctioning X-ray machine. This begs the question: Could an actual weapon be made from a working X-ray machine?

X-rays are best known for taking pictures of the insides of people. While a regular dose in a medical setting is harmless, increased exposure to X-ray radiation can cause harm. In the grand scheme of radiation, it’s a modest dosage.

Like ultraviolet radiation, the kind that comes from the sun, too much X-ray radiation can cause cancer. That can be a death sentence, but it hardly compares to the kind of death sentence that would come from, say, a regular gun. The typical chest X-ray is 1 rad, or the base unit of radiation.

An intense X-ray that gives off 5-20 rad can cause chromosomal damage, and at 20-100 rad X-rays cause temporary reduction of white blood cell counts, risking reproductive health and sterility. At 200 rad, the earliest forms of radiation sickness can take effect, and 800 or more rad absorbed in a short time is almost always fatal. Crawford planned to create a device capable of generating lethal dosages of X-ray very quickly, probably taking no more than a few hours. He described his plan as “Hiroshima on a light switch,” according to the complaint.

If X-rays can be this deadly, why don’t militaries use them?

Before answering that, it’s worth acknowledging that this is the weapon design of a crazy man, so probably not all that rooted in reality. While the agents in the sting operation disabled the X-ray generator Crawford intended to use, it’s very likely that whatever he built wouldn’t have worked anyway.

That said, the military was in fact trying to develop directed-energy weapons. While unrelated to X-rays, directed radiation beams were the key behind an experimental military weapon, later adopted as a “pain ray” considered but never used by the Los Angeles County Sheriff’s Department to control prison riots. Using a much lighter dosage than Crawford and Feight’s lethal intent, these weapons would heat up the skin of their target, forcing the person to jump back.

That’s a non-lethal use, designed to stop prisoners or rioting crowds. Using a higher dosage would defeat the purpose of a non-lethal (or, more accurately, a less-than-lethal) weapon, which was the military’s goal. Besides, if the military wants an actual lethal weapon, they have far more effective, time-tested, and cheaper alternatives.

An earlier version of this article neglected to mention the X-ray lasers planned as part of the “Star Wars” Strategic Defense Initiative in the 1980s. The system intended to use X-rays to shoot down Intercontinental Ballistic Missiles, unlike Crawford’s human-targeting plan.