Laser Scanner Can Detect Someone Watching You A Kilometer Away 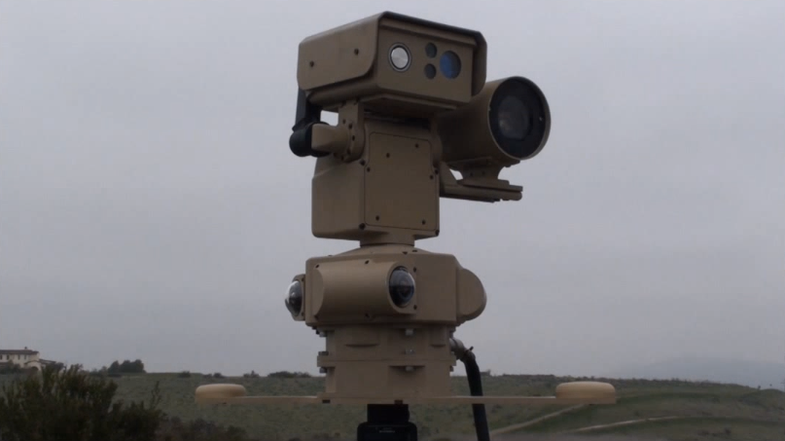 U.S. defense contractors spend a lot of resources developing robots that help the Pentagon’s various services keep an eye on their enemies, but San Diego-based Torrey Pines Logic is developing a small robotic sidekick that helps friendly forces know if they are being watched. The Beam 100 Optical Detection System sends out pulses of lasers that can detect various optical lenses out to roughly one kilometer, or nearly 1,100 yards, letting forces know if there’s someone out their with a telescopic lens, a camera, or even a rifle scope pointed in their direction.

Designed to help protect forward operating bases or special operators trying to avoid detection, the system emits laser pulses into its surrounding environment via a panning, swiveling head that maintains 360-degree coverage. When the pulses reflect off of glass, the returning pulses are detected and analyzed for certain signatures indicative of optical glass–lenses, essentially–used in telescoping or camera devices. The signature analysis discards noise from other glass, like bottles, window glass, or other non-optical surfaces.

The result is a system that, if it works as well as Torrey Pines Logic says it does, only detects objects of interest, like telescoping observation lenses or weapons optics. The system then uses further software-based analysis to geolocate the objects of interest and alert the user as to their whereabouts. Considering its a laser device, it could also potentially be tweaked to incapacitate or otherwise blind the offending optical object (or person), but laser weapons and countermeasures that cause actual damage to human eyes are prohibited under international convention. So we’re not advocating that. We’re just noting that it probably could be done.