The Navy just broke its own record for an awesomely powerful railgun, which can hurl a projectile hundreds of miles... 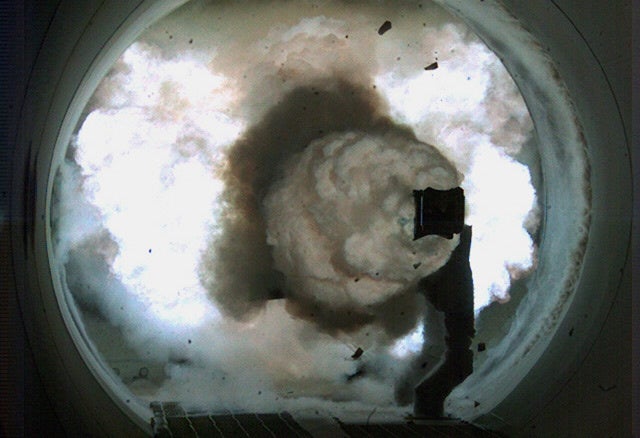 The Navy just broke its own record for an awesomely powerful railgun, which can hurl a projectile hundreds of miles at superfast speeds without using explosives.

Today’s 33-megajoule shot — powerful enough to launch 33 Smart cars at 100 mph — means the Navy can fire projectiles at least 125 miles, keeping military personnel at a safe distance from their targets, according to the Office of Naval Research.

Rather than using an explosion to fire a bullet, the futuristic weapon uses an electromagnetic current to accelerate a projectile to March 7.5. The video pretty much says it all.

The eventual goal is a ship-mounted railgun that can fire a projectile more than 200 miles at speeds of more than 8,000 feet per second. A kinetic energy warhead would eliminate the use of hazardous explosives on ships and on the battlefield, the Navy says.