A spy plane, an intelligence agency, and the magical logic of conspiracy theories all made an American legend. 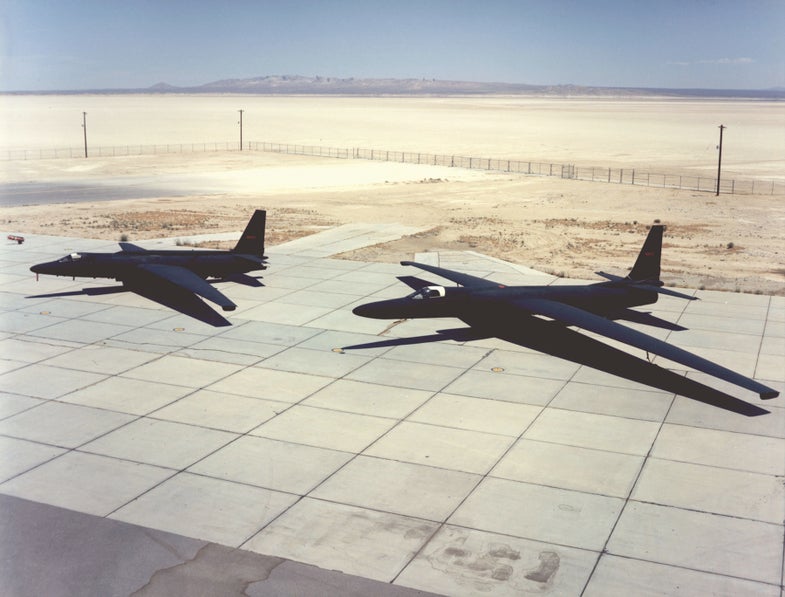 The U-2R, introduced in 1967, was significantly larger than the original U-2. Its wingspan was 103 feet compared to 80 feet in the original design, and the new aircraft took advantage of a more powerful engine. Its range and endurance also were greater. (U.S. Air Force photo).
SHARE

Yesterday the CIA declassified a 400-page document about Area 51, the secret facility in the Nevada desert that has fascinated armchair historians and tormented conspiracy theorists for decades.

The site, about 50 miles northwest of Las Vegas, has been associated with a number of legends and rumors: about strange aircraft, experimental weapons, weather control, and especially aliens. So many alien conspiracy theories.

Area 51, it turns out, was just test site that housed spy planes, most notably the U-2. Introduced in 1957, the U-2 could travel as far as 7,000 miles, at an altitude of 70,000 feet, and stay airborne for up to 12 hours. U-2s are still in service with the U.S. Air Force today, and the old film cameras have been replaced U-2s used to carry have been replaced by digital cameras. In fact, some public land has weird, barcode-like patterns on it, built for U-2 camera tests. 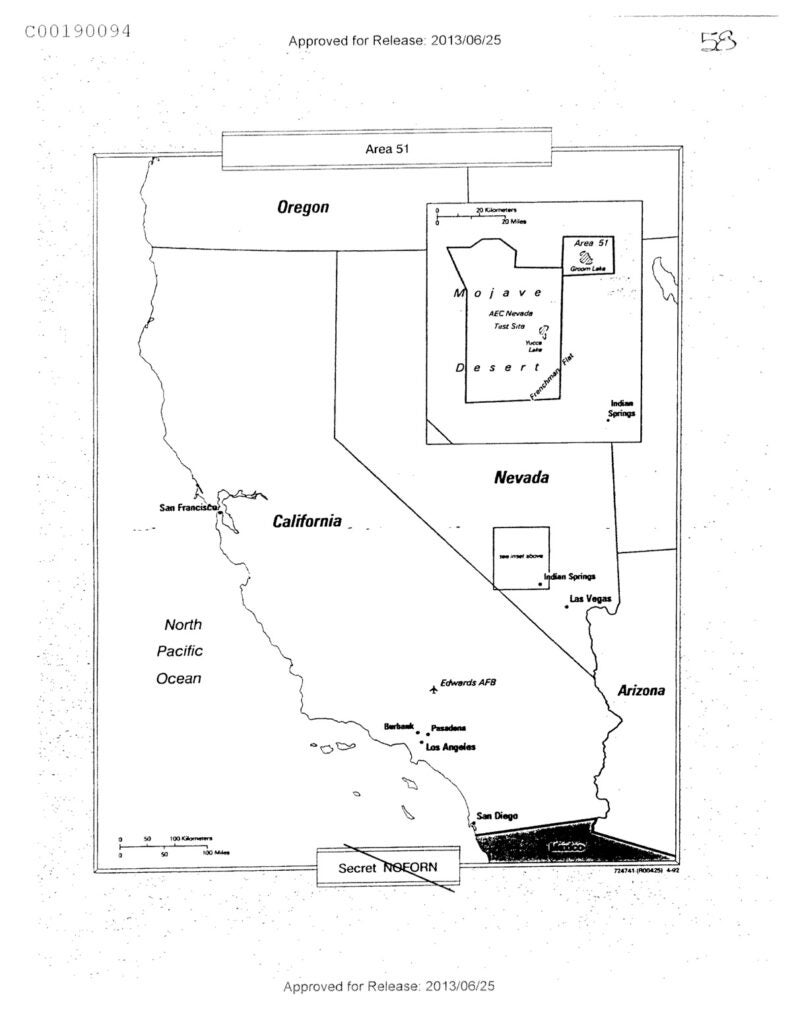 Of course, Area 51 can easily be found on Google Maps.

Why is the CIA involved? Before spy satellites, U-2s flew over the Soviet Union to collect information about the USSR’s nuclear program. This was intelligence by airplane, conducted secretly and with huge consequences on the international stage. In 1960, a U-2 was shot down by Russia, spoiling a diplomatic meeting and escalating Cold War tensions. Later, in 1962, a U-2 took photos of what looked like preparations for nuclear weapons in Cuba, sparking the Cuban Missile Crisis. This is all old history by now, but when the CIA first classified the U-2 program and chose to keep Area 51 a secret, it was state-of-the-art technology, and an incredibly important test site for collecting secrets.

The declassification of the CIA’s documents won’t deter any conspiracy theorists; the kind of person who thinks the government creates weather machines for mind control will have no qualms believing the government also falsifies documents to cover up evidence of the same.