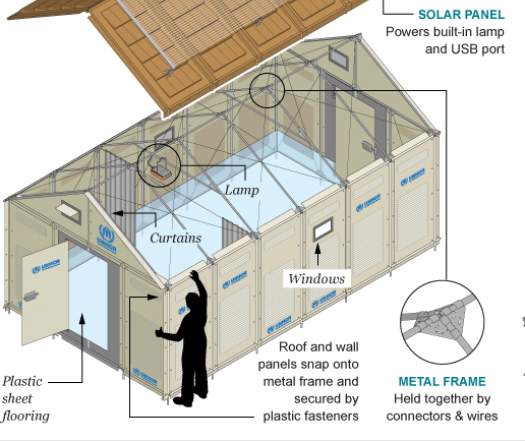 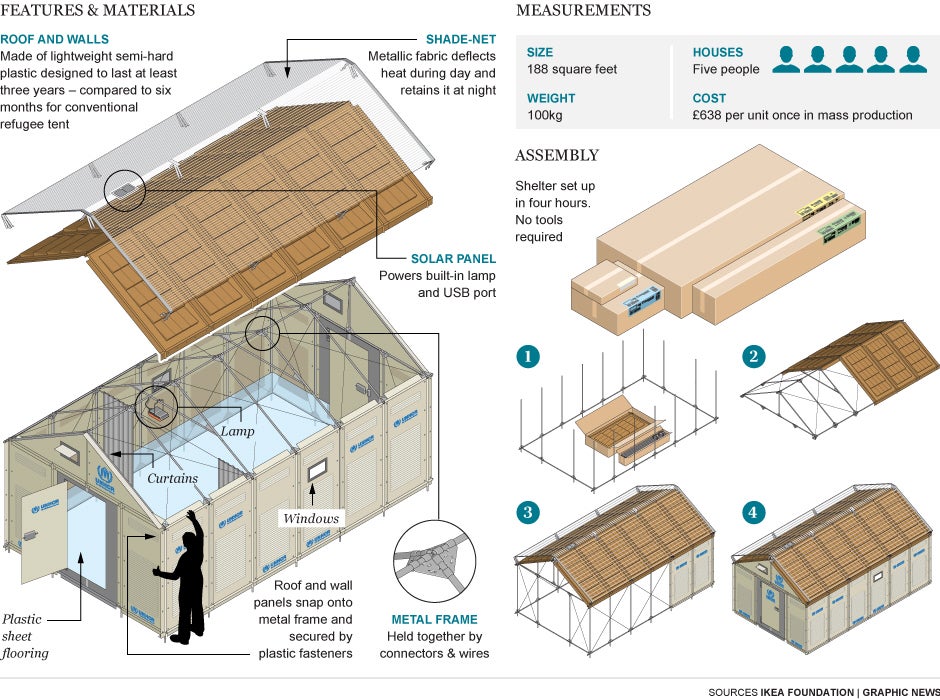 Making sure that there’s enough shelter available for populations displaced by war is a challenge of cost and scale. Fortunately, challenges of cost and scale are something businesses can be really good at. Ikea, best known for making assemble-at-home furniture for poor college kids and divorced men, has a charitable arm, the Ikea Foundation, that’s working with the UN Refugee Agency to test new, better, easily assembled shelters for refugees.

The shelter pictured above costs around $1,000 and can house a family of five. It even includes a solar panel that powers both a lamp and a USB outlet. A handful of the shelters have been tested in Ethiopia, as well as in camps in Iraq and Lebanon designed for Syrian refugees.

The video below shows a shelter being assembled: