Inside The Most Ambitious Ground Telescope Ever Built

The Atacama Large Millimeter/submillimeter Array (ALMA) telescope has already made some impressive discoveries, with more on the horizon. 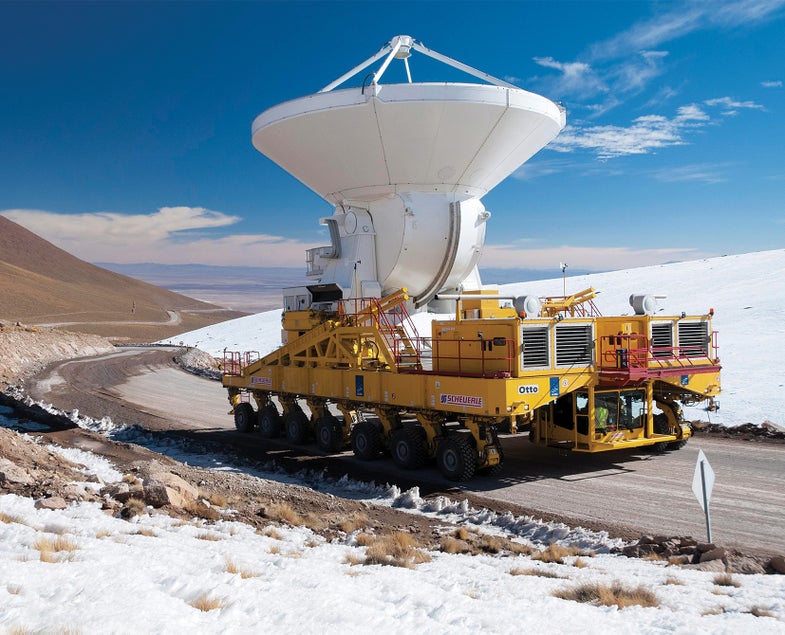 The first scientist I meet at the Atacama Large Millimeter/submillimeter Array (ALMA) telescope site is wearing a portable oxygen tank. At 16,400 feet in the Andes, he’d be unable to think clearly without the tube up his nose. He runs the observatory’s brain—a supercomputer as powerful as three million laptops working together that compares light from the telescope’s 66 dishes quadrillions of times every second. Everything about this place is designed for high-altitude survival. The curved roof can withstand 145mph winds. Heated blankets prevent the toilet cistern from freezing. The dishes themselves point to the sky with 0.6-arc-second accuracy, despite the winds and radical temperature swings. It’s the people that are the weak link. Workers are allowed to spend only six hours a day at the ALMA “high site,” the scientist explains. As I write that down, I realize I’m feeling dizzy.

A few minutes later, flat on a cot under an oxygen mask to avoid fainting, I look out the medical room’s window at the lifeless, Mars-like landscape. The silvery radio dishes are engaged in a quiet ballet, swinging above the red dirt in perfect unison. Their synchrony and precision are two of the reasons ALMA is the most ambitious ground telescope ever built. Another is the observatory’s unparalleled adaptability; it has the most dishes that can be trucked around to different locations. Because of all these special features, ALMA will produce images 10 times sharper than the Hubble Space Telescope does. 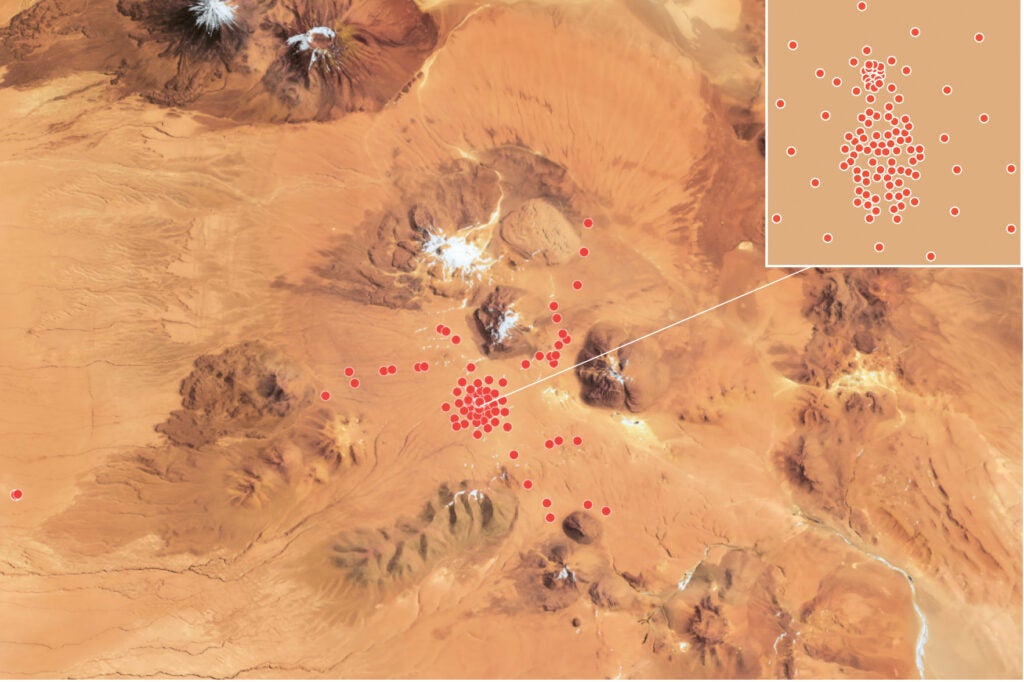 High in the Atacama Desert in Chile, 192 cement bases sit wired to a supercomputer, each ready to be hooked up to one of 66 radio dishes. The combinations give the ALMA observatory unprecedented flexibility: Astro­nomers can cluster the dishes for a broad view or place them as far as 10 miles apart to focus on details.

Telescopes have always had one major problem: the Earth’s atmosphere bends light, distorting images. That’s why telescopes are often built at high altitudes, where the atmosphere is thinner, and why NASA put Hubble in space—to get beyond the atmosphere entirely. But space scopes aren’t perfect. They’re a compromise by definition. They must be big enough to capture faint light but small enough to fit on a rocket, and repairs or upgrades either require exceptionally expensive trips into orbit or are simply impossible. Now, however, increasingly sophisticated adaptive optics that adjust for the atmosphere’s blurring effect are making many telescopes on Earth as good as anything that we could put in the sky. ALMA captures radio waves, and soon workers will break ground on two observatories that see visible light instead: the Thirty Meter Telescope, with a resolution more than 10 times as high as Hubble’s, and the Large Synoptic Survey Telescope, which will photograph the entire sky every few nights.

ALMA’s 66 antenna dishes work as one massive telescope, which can see sharp detail or broad features by changing its aperture from 500 feet to 10 miles. To achieve this flexibility, workers use massive trucks, each with 28 tires, to transport the 100-ton dishes. Each antenna is placed (to a fraction of a millimeter of accuracy) at one of 192 bases that have a hard line to the supercomputer nearby.