Is War Really In Decline?

Wait 150 years after the last major war to know for sure. Just over a century ago, Europe embarked on the first of two ugly, horrendous, horribly violent world wars. Since 1945, despite half of a century of nuclear standoff, multiple smaller conflicts, and the birth of dozens of new nations out of the dying bodies of empires, big wars don’t seem to happen any more. Author Steve Pinker, in The Better Angels Of Our Nature, argues that war is declining, killing fewer people, and no longer how nations choose to resolve conflicts. Bear Braumoeller, a political science professor at Ohio State University, disagrees, seeing the recent trend as more statistical anomaly than historical fact. On August 29, he presented a paper arguing this at the American Political Science Association conference in Chicago. Nations, the paper says, are just as likely to go to war as they have always been. We caught up with Braumoeller to learn more:

Popular Science: How long has this debate [about whether war is in decline] been going on in political science?

Bear Braumoeller: About 10 years ago John Mueller wrote a book about war in decline. For a long time his was a minority position until Pinker’s book popularized it.

Popular Science: The catchiest line from your paper is that it will take 150 years to know if the trend is holding. What’s some more background on that?

We need a big enough sample to rule out the historical average, which is about one or two big wars per century.

That’s sort of a separate question from how we know whether there are trends in warfare in general. We need to understand that war and peace are both stochastic processes. We need a big enough sample to rule out the historical average, which is about one or two big wars per century. We just haven’t had enough time since World War I and World War II to rule out the possibility that nothing’s changed.

Popular Science: So it seems to me like big wars are a relatively rare event, so a slightly longer time between them is well within the statistical norm, rather than evidence of a trend away from them. Are human events that subject to chance? Is it entirely fair to be treating it as a matter of probability?

Braumoeller: Think of it like a coke machine that gives you your coke sometimes and sometimes it doesn’t give you your coke. The output looks like random chance, to the people who are pushing things and trying to get drinks out. Inside the machine, everything is mechanical. But as observers, we can’t see that internal detail, so it just looks like probability, even though it isn’t.

An example I use is that we didn’t go to war in the Cuban Missile Crisis. That came down to one person’s decision not to use nuclear weapons on a Russian submarine. That person’s decision probably wasn’t a matter of probability, but everything else was in place.

There are structural factors that predispose a system or a collection of states to start fighting each other, and those causes are deeper than the actual territorial dispute that’s the spark, say.

Popular Science: You have this measure called “warlikeness” that you use.

Braumoeller: Here’s the trick. I’m taking a look at the number of uses of force. When you use force, you’re rolling the dice; no idea how long or involved the war is going to be. So what I’m looking at is uses of force over time. And that’s a problem, because the number of opportunities to use force over time has changed. For one thing, we have more countries than we used to have. For another, not all those countries are relevant to one another. In pairs like Bolivia & Botswana, what happens in Bolivia is pretty irrelevant to what happens in Botswana, and vice versa.

I’m trying to control for the opportunity to go to war, so I can capture a pure measure of the willingness to go to war.

Popular Science: There are models that eliminate pairs based on distance. How do you narrow the pairs?

Braumoeller: In the paper there are two methods. The most conservative is continuity–the country has be adjacent to, or have a sea border of no more than 150 miles, another in order for the pairing to be considered politically relevant. That’s a really strict rule–the U.S. is politically relevant to far more countries than that.

The other end of the spectrum, the measure that I came up with, uses a statistical measure to create a continuous spectrum of political relevance, based on distance and the capabilities of the strongest country. Lots of countries are highly politically relevant to the U.S., the U.K. is more of a regional player with some potential for farther-flung interests, Egypt is very much a regional player, and Chile, hardly any countries are politically relevant to it. 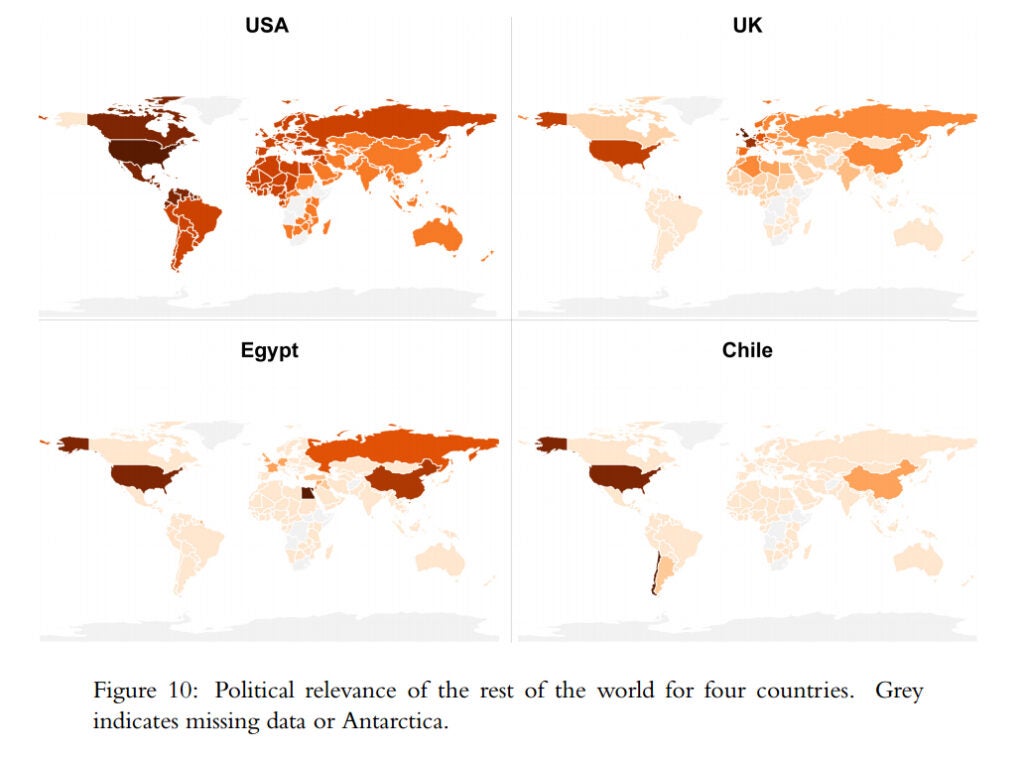 The United States, with great power and great reach, finds a lot of countries politically relevant. Chile? Not so much.

Popular Science: It seems like this data, starting in the 1500s, covers a time when there were fewer countries but they were bigger ones. How much does country size factor into this?

Popular Science: Why the focus on the major wars? There’s clearly been wars fought since World War II, so why talk about the big wars?

Braumoeller: Only because “The Long Peace” after World War II is something that’s occasionally cited by people as evidence that major war is going away. I think the real heart of the evidence is in the trends and uses of force, controlling for distance and political relevant. It’s more of a brush burning exercise. The argument is out there that, after 70 years of peace, we don’t have to worry about war any more. Both war and peace can be treated as stochastic processes. We don’t really have enough evidence yet to claim that.

It’s easy to say that 70 years of peace is not an unusual stretch of peace between world wars. The harder question is “how long will we have to wait before we can say this with reasonable certainty?” and I think the answer “150 years” is going to surprise a lot of people.

Popular Science: Where would you like to see research on this go from here?

Braumoeller: I am turning it into a book. The main motivation for this is that we study wars and conflict using data to the best of our ability. And, obviously, I think this is worth doing, because this is what I do for a living, but we ought to be able to come up with a concrete answer about whether or not war is on the increase or decrease or if the frequency of warfare is even changing. That ought to be something that we as a discipline should be able to do. If we can’t even do that, we should probably hang up our hats and go do something else. 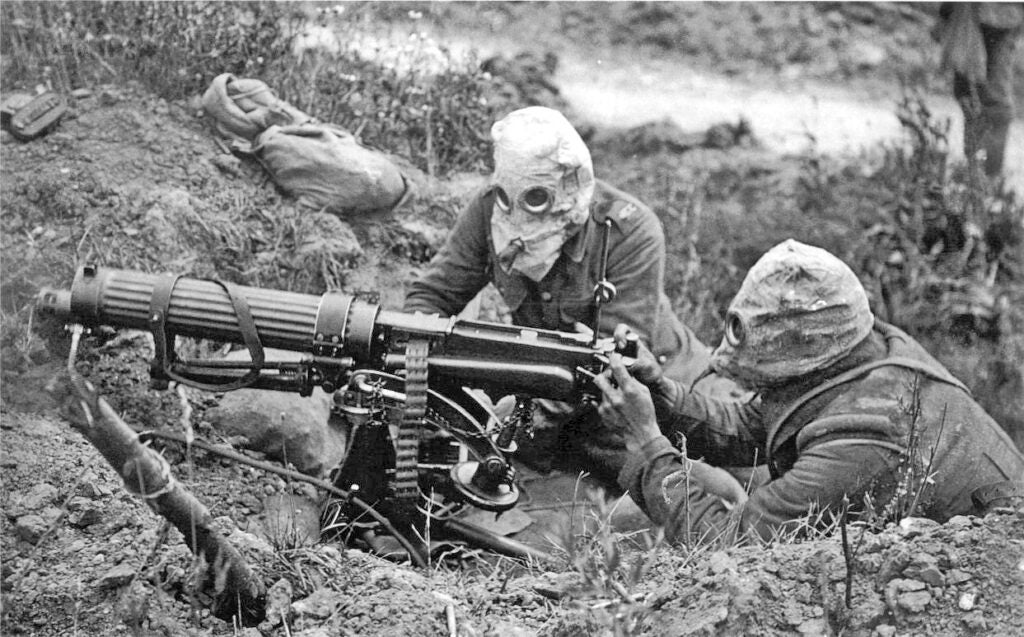