The Secret Weapons Behind The Japanese Attack On Pearl Harbor

Today is the anniversary of Japan's attack on Pearl Harbor. To mark the occasion in 1966, Popular Science published a feature on how the Japanese designed such a successful assault--and how they paid for it later. 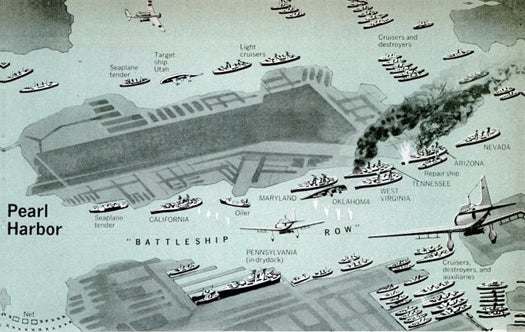 Today marks 71 years since the attack on Pearl Harbor that catapulted the United States into World War II. The attack was devastating. More than 2,400 people died and more than 1,000 were wounded. It was also, in the cold language of military science, wildly successful.

At least it was at first. The December 1966 Popular Science feature, “The Secret Weapons That Hit Pearl Harbor,” cites two main factors (among other factors) for Japan’s success: its shallow-water aerial torpedoes and the fleet’s ability to escape detection.

Pearl Harbor was too shallow for conventional torpedoes; they would’ve just dived in and stuck to the bottom of the ocean floor. So a few months before the attack, Japanese designers created finned torpedoes that could perform “a feat like that of an acrobat high-diving in shallow water.”

By the fall of 1941, they had perfected the weapon. Now all they had to do was transport it to the American naval base. Japan’s fleet of ships managed to stay undetected throughout the journey to Hawaii that began in November of 1941. Here’s how:

Braving gales, high seas, and fog, the fleet took a far-northern course beyond range of island-based U.S. patrol planes, and remote from shipping lanes. Should an American merchantman be encountered, orders were explicit and ruthless–sink it on sight, before it could radio an alarm. As it turned out, however, a lone Japanese ship was the only one seen. 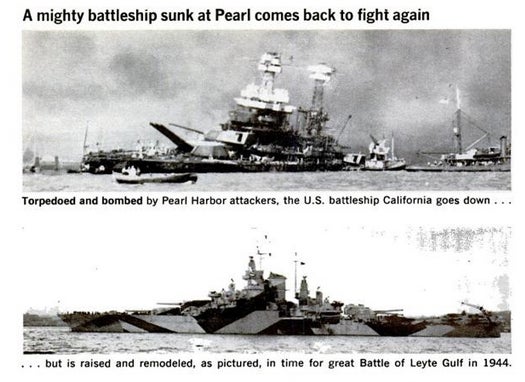 Although Pearl Harbor was a victory for the Japanese–a triumph of their technological prowess and their brutal military tactics–the war, of course, did not end well for them. Most of their battleships sunk by the time World War II came to a close. The attack’s chief planner, Admiral Yamamoto, died in a plane that’d been shot down by U.S. airmen in 1943. Dictator Tojo, who ordered the attack, was hung as a war criminal in 1948.

Finally, Pearl Harbor was the Japanese warlords’ fatal blunder in grand strategy. Its consequences doomed their scheme of conquest–and instead, for the first time, a conquering army trod the soil of Japan. Never in modern times, says historian Samuel Eliot Morison, has an aggressor begun a war with such a smashing victory, and never in all history has one paid for his calculated treachery so dearly.

Read more in the December 1966 issue, “The Secret Weapons That Hit Pearl Harbor.“