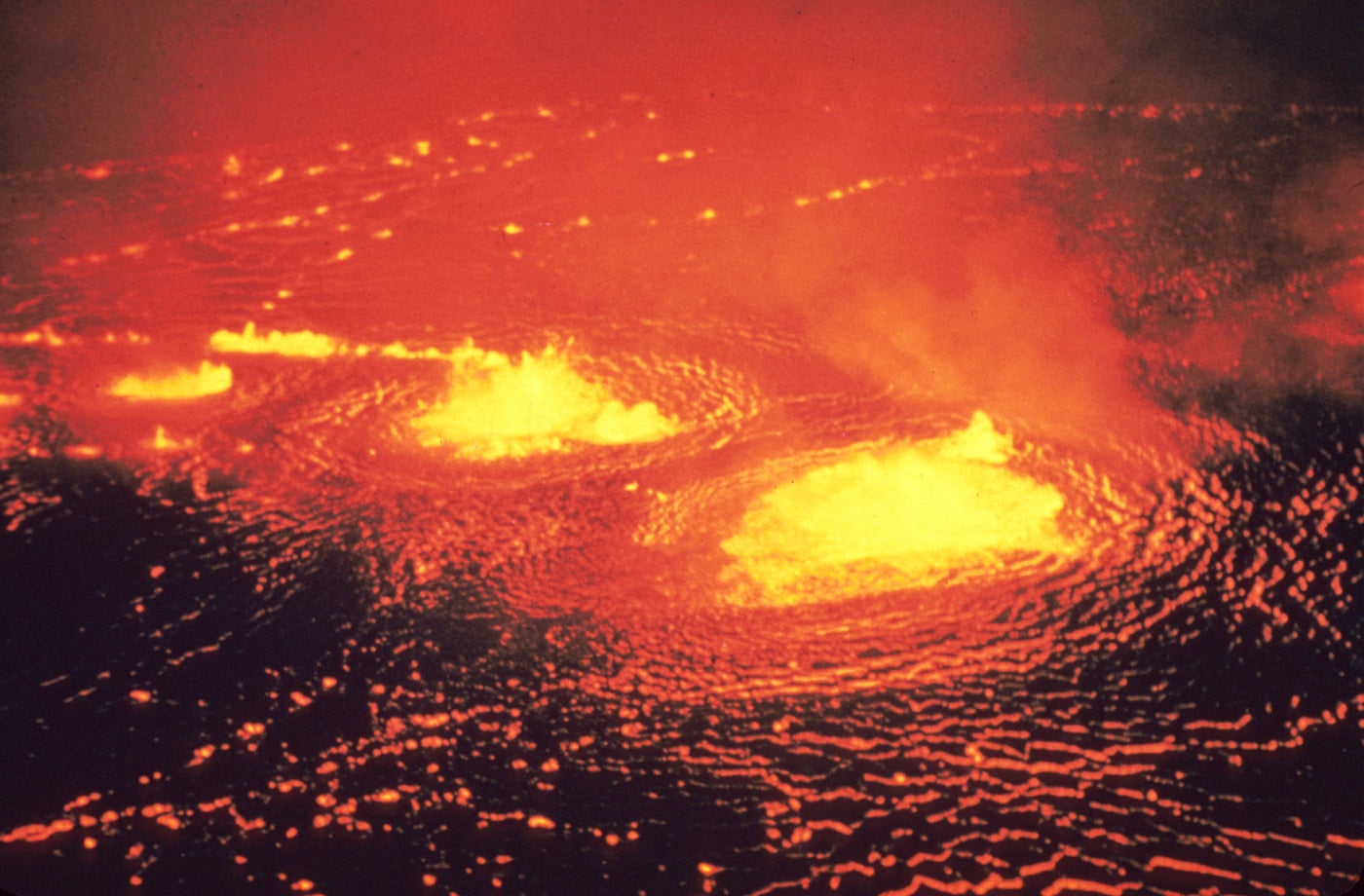 How, exactly, are we going to protect the environment from robots? Last June, the National Park Service banned all drones from national parks. Shortly thereafter, a tourist crashed a quadcopter into Yellowstone’s prismatic springs. Now, it seems the precautions are escalating. This past weekend, a park ranger at Hawaii’s Volcanoes National Park decided the best way to stop prohibited drone use was to taser the drone’s pilot.

We know a little of what happened before the confrontation. The pilot, Travis Sanders, and his family traveled to the Halema’uma’u Crater to see the rising lava lake, joining a crowd of about 100 others. A ranger moved towards Sanders, shouting at him to stop operating a micro quadcopter drone. A spokesperson for the park said that the suspect tried to flee (Sanders, perhaps unable to identify that the ranger was a ranger, tried to move away from the situation) and the ranger used his taser to prevent this from happening. The moments immediately after the confrontation were captured on video and in pictures by some of the bystanders.

As Jason Koebler notes at Motherboard, the response was a major overreaction to a law that very few people know about:

This isn’t the first time a park ranger has tasered someone as overzealous enforcement of a little-known ban. In 2012, a man was walking two of his dogs in a national park that had recently been deemed “leash only” for pets. One dog was off its leash, and a ranger, under orders to provide warnings about the ban, used her taser on the man. In 2014, as a conclusion to the resulting lawsuit, the man was awarded $50,000 for damages done by the National Park Service.

There’s a place for tasers in law enforcement, such as this 2009 instance where rangers responding to a man threatening another man with a sword were able to disarm the threatener without using their rifles. Confronting drone pilots or dog walkers to inform them of rules they may not have known they were violating is hardly the way to ensure safe parks or safe park goers.