Ready For Your Jetpack? You Can Buy One Next Year

The future is almost here, if money is no object 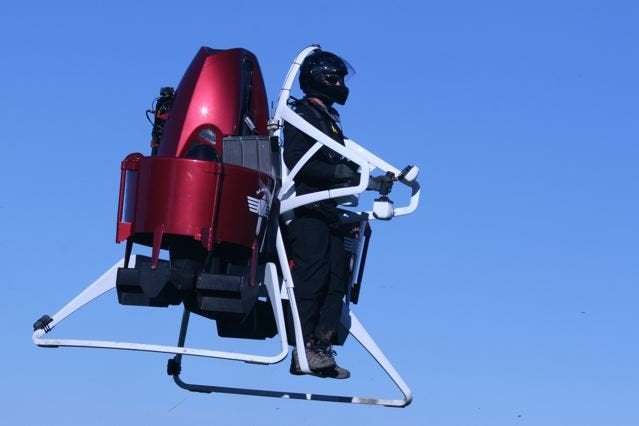 Jetpacks are about to go on sale, so curmudgeons of the world can at last retire their canard that we are not living in the promised future. The New Zealand-made Martin Jetpack first flew in public in 2008, and earlier this past winter opened for public trading for the first time. Now, rich daredevils and the rescue crews tasked with finding them can both expect to buy the jetpacks when they go on sale in the second half of 2016.

There’s one hitch: the Martin Jetpack isn’t precisely a jetpack. Instead, it belongs to the “ducted fan” family of vehicles, which include some modern and past experimental hoverbikes, as well as some drones. So it’s not jets, exactly, but it is still an actual flying machine worn on a person’s back that hurtles them into the air.

Smaller than a helicopter and larger than a drone the jetpack can, according to its creators, fill niche roles, like rescuing surfers or inspecting pipelines. It’s also aimed at the recreational market, for rich thrill-seekers. The jetpack is expected to retail between $150,000 and $200,000, or about the median home price in the United States in 2014. Who needs a house when you can make your home in the sky with your actual working jetpack?