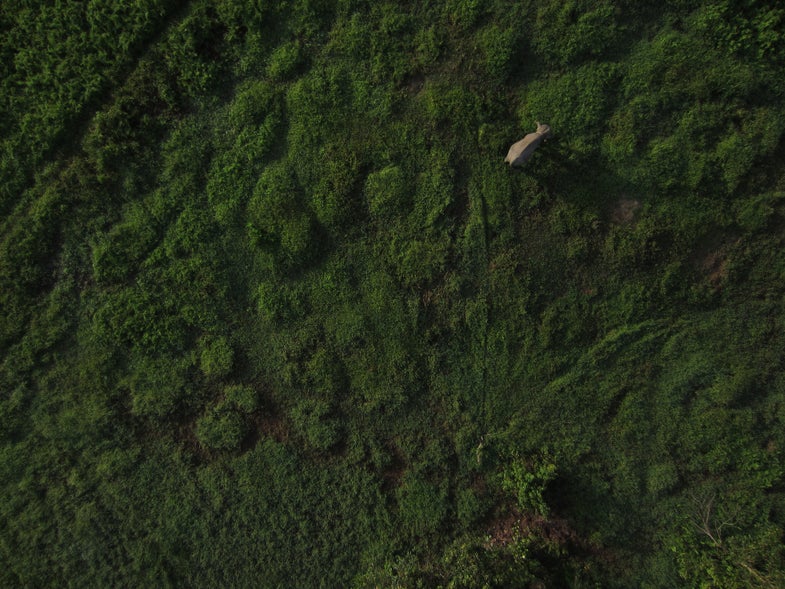 Drones are made of existing technologies: cameras, remote controls, flight, mapping software, and waypoint navigation — but it’s the way drones incorporate all the parts into a fusion that’s makes them new, and it’s the low costs of drone flights that make them revolutionary mapping tools. Let’s take a look at two videos from this week.

Uploaded Friday, here’s a demo video of how one drone mapper, made by Aibotix, works:

Rather than outfitting a plane or helicopter with surveillance equipment and then renting by the hour, drone mappers provide a technology that fits in the back of a truck and, if allowed to autonomously follow a waypoint system, basically fly themselves, taking pictures all the while.

Drone-made maps like these maps can point the way to hidden mineral wealth, document imperiled ruins, and even make maps of flooding in areas struck by natural disasters

And the low-cost surveillance provided by drones can help preserve, not just ruins, but endangered species. Drones track herds of rhinos and elephants, so that rangers know where the animals aren’t so they can direct their energies to protecting the drones where they are. Bathawk Recon is a Tanzania-based drone company that sees flying robots as one of the best defenses against poachers.

Read more about the rise of the drone mapper.