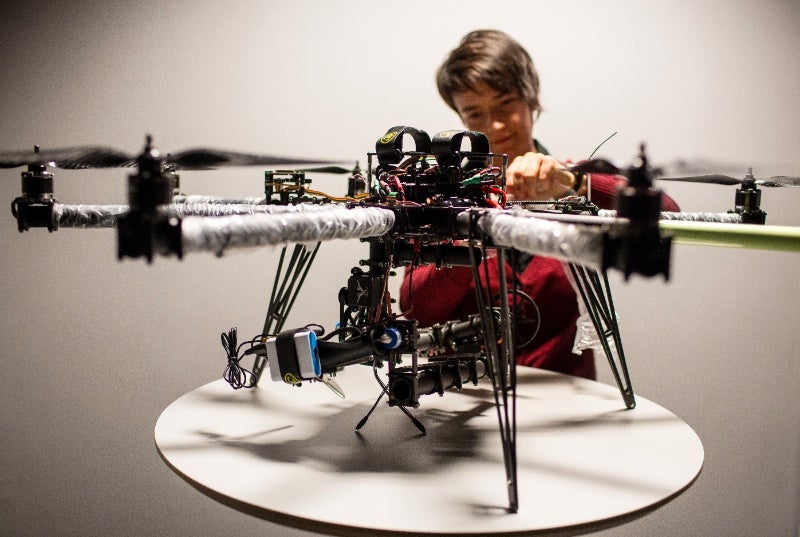 We’ve heard a lot from the unmanned aerial systems (UAS) community about the potential for drones to assist in oil and gas exploration, yet we’ve seen relatively little by way of example as companies across the world wait for aviation law to catch up with the technological reality. Not so in Norway, where a team from the Center for Integrated Petroleum Research (a joint project between the University of Bergen and Bergen-based Uni Research) is using UAS to look for oil reserves on land at at sea.

Members of the center’s Virtual Outcrop Geology group are employing an octo-copter loaded with all kinds of sensors—high-definition cameras, infrared sensors, LIDAR scanners, etc.—to map the geography and geology of the Norwegian landscape from above. The group used to do this by sending teams out into the wilderness with ground-based laser scanners and other equipment to create digital maps of the terrain from the ground. But given Norway’s diverse geography, such ground mapping was often impossible, which forced the team to lease helicopters to capture what they couldn’t get themselves, often at very high cost.

The new drones can perform the same aerial mapping tasks as helicopters, quickly reaching high elevations and other inaccessible areas to generate 3-D terrain maps that can be integrated with data from geological and seismological studies to produce three-dimensional pictures of the Earth’s crust. These in turn can tell geologists a lot about where oil is likely to be hiding both on land and underneath the surrounding seabed.

And of course the drones can do all of this at a fraction of the time and cost of more traditional methods—which is one of the most promising aspects of UAS technology regardless of application. By putting the means to conduct aerial survey in the hands of individual users at a relatively reasonable cost, everything from wildlife management to geological survey to infrastructure maintenance has the potential to become more precise, more effective, and ultimately less expensive. Virtual Outcrop Geology’s work is a case in point—even if cheaper oil and gas exploration methods aren’t going to translate into savings at the gas pump any time soon.