Everything we know about the outbreak of mysterious vaping-related diseases

The CDC still says to avoid vaping as they continue to investigate the illnesses. 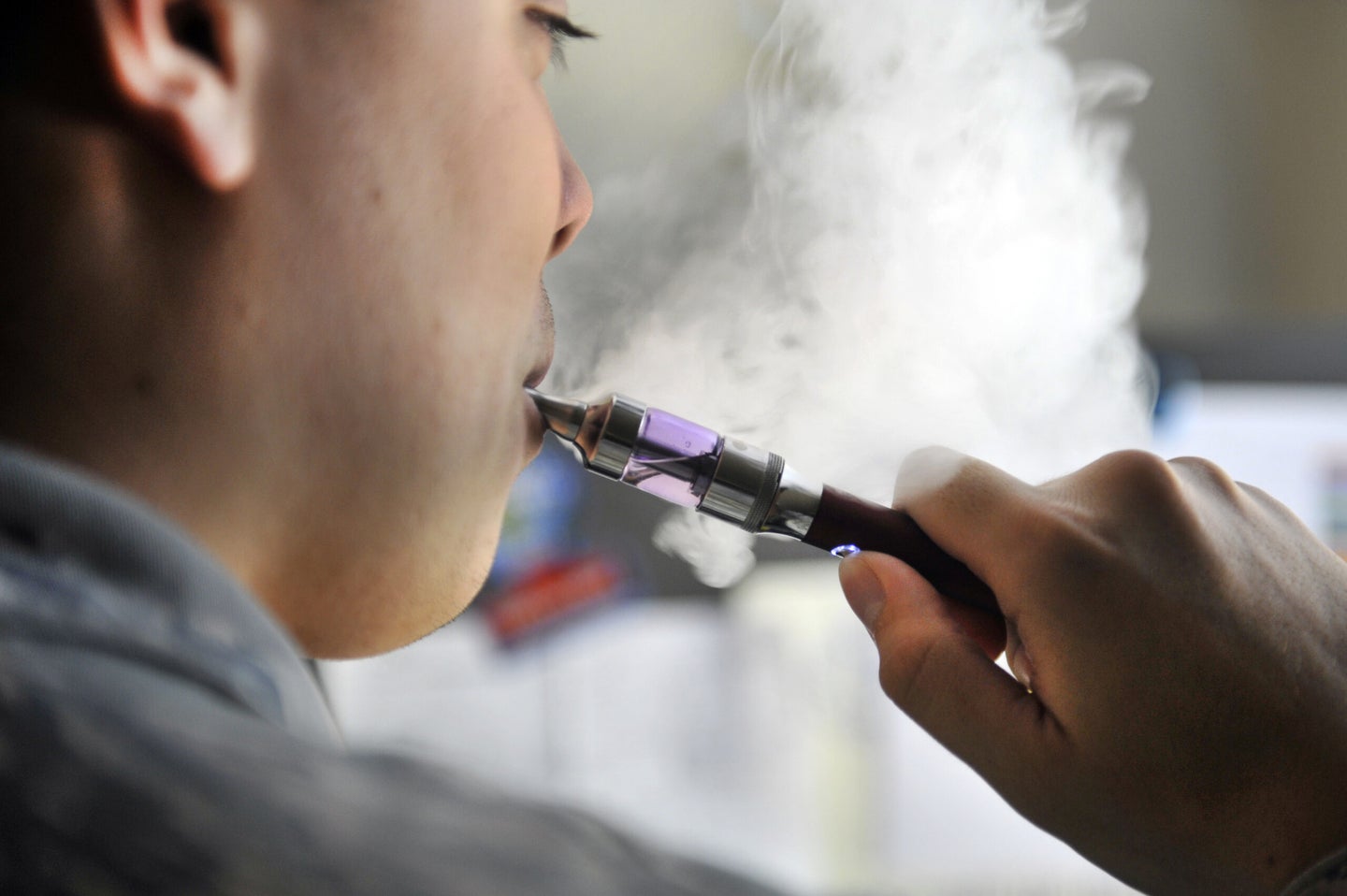 The CDC's warning to abstain from vaping also serves as a reminder that as innocent as vaping is often marketed, it’s not good for your health. U.S. Air Force photo by Airman 1st Class Erica Crossen
SHARE

After eight deaths related to a mysterious lung illness linked to vaping that has also sickened more than 500 people across the United States and more in other countries, the CDC is everyone abstain from vaping until the source can be identified.

“Until we know more, if you are concerned about specific health risks, CDC recommends you do not use e-cigarettes or vaping products,” said CDC principal deputy director Anne Schuchat in a statement to reporters yesterday.

At press time, eight outbreak-related deaths have occurred in the continental United States. The latest was a Missouri man in his mid 40s, according to an official statement released Friday. “No infectious diseases have been identified with the illness, meaning it doesn’t spread from person to person,” the Missouri Department of Health and Senior Services said in the statement. “These lung illnesses are likely associated with a chemical exposure from vaping.” Missouri counts 22 cases of the illness since late August, with patients sharing a symptoms like elevated heart rate, cough, chest pain, fever, and diarrhea,” according to the statement. They all reported that they had used e-cigarettes around the time they became ill .

Many questions remain about what compounds and in what types of vaping cartridges are causing these acute illnesses, says Sanjay Sethi, chief of pulmonology at the University of Buffalo clinical research office. Some—though not all—of the people who got sick were using vapes that included THC, the main psychoactive compound found in marijuana, according to the CDC.

“It’s unlikely it’s going to be one particular compound that’s responsible,” Sethi says. Because vapes are largely unregulated, he says, that makes it really difficult to know what’s in any one particular cartridge.

Yesterday’s CDC warning also serves as a reminder that as innocent as vaping is often marketed, it’s not good for your health.”The only thing that’s safe to breath is air,” says Sethi. Your lungs are constantly performing the delicate task of transferring oxygen from the outside air to your blood and forcing carbon dioxide out. Messing that up by inhaling substances that can damage the cells that help perform this shift—especially when the lungs are still growing, as they are in people under 18—isn’t great. “Just don’t vape” is good advice at any time, from a pure health perspective.

Although vapes were originally touted as smoking-cessation aids, one in 12 high school seniors now vape, according to 2018-2019 government numbers. E-cigarette users under the age of 18 make up 16 percent of those affected by the acute e-cigarette illness, Schuchat said, while the biggest group—two thirds, she said—are aged 18 to 34.

Some states have already begun regulating vapes, especially flavored ones which teens and young adults are the product’s most popular customers, and the federal government is moving this way as well.

If you used to smoke and are using vapes as a smoking cessation aid, Sethi says using an unflavored vape is your best option. “It’s still better than [smoking] tobacco,” he says.

Just make sure you’re not simply switching from habitual smoking to habitual vaping. If you’re still concerned, there are plenty of other ways to tackle the difficult task of quitting without ever touching a vape.